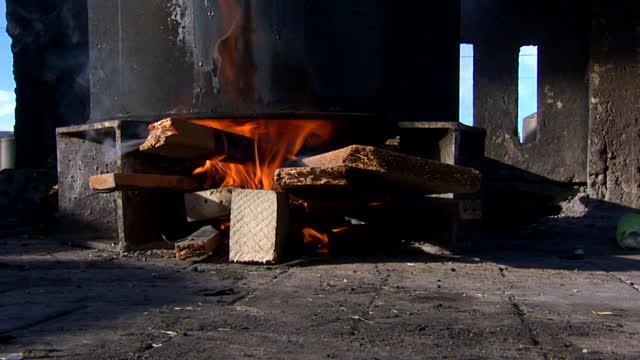 The U.S. economy eked out anaemic growth in the final three months of 2015, and the struggling performance of the oil and gas sector was a major contributor to the slowdown.

The economy was buffeted by a broad-based slowdown in consumer, business and government spending growth, as well as a deterioration in trade performance thanks to the strengthening currency.

The data was contained in the latest edition of the National Income and Product Accounts (NIPA) released on Jan. 29 which contained advance estimates for the fourth quarter of 2015.

Consumer spending remained the brightest spot in the fourth quarter, contributing 1.46 percentage points to real GDP growth, though even this was reduced from 2.04 points in the third quarter and 2.42 in the second.

Government spending also remained positive, contributing 0.12 points to growth, though down from 0.32 and 0.46 in the preceding quarters.

But the parts of the economy most closely linked to industrial production made increasingly negative contributions to growth in the final three months of the year.

Foreign trade subtracted 0.47 points from GDP, after subtracting 0.26 points in the third quarter and actually adding 0.18 in the second, as exporters struggled to remain competitive with a stronger dollar.

Manufacturers, distributors and retailers have been trying to unwind the big build up of inventories that occurred in late 2014 and 2015, which hit freight movements hard in the second half of 2015.

Fixed investment in equipment and structures (other than new homes) has also been hit and much of that has been due to the slowdown in oil and gas drilling.

Slower fixed investment in structures, which includes oil and gas wells, and equipment each subtracted 0.15 points from GDP in the final three months of 2015.

The slowdown in oil and gas drilling accounted for the whole of the drop in business fixed investment in structures and probably contributed to the slowdown in equipment spending too.

Business investment in mining exploration as well as new oil and gas wells has fallen by more than 50 percent from its peak in the fourth quarter of 2014.

The abrupt slowdown comes as no surprise because BEA uses Baker Hughes rig counts as well as annual data on footage drilled from the American Petroleum Institute to compile the GDP estimates.

But it has spread to other parts of the industrial economy, including the railroads, trucking firms, steel makers, equipment manufacturers and aggregate providers, through the web of supply chain links, which has magnified the initial impact.

The economic slowdown during the second half of 2015 has sparked a vigorous debate about whether lower oil and gas prices have a positive or negative impact on the U.S. economy.

Lower prices are clearly negative for oil and gas producers but positive for consumers, so to the extent the United States is still a net importer of oil and gas the impact is clearly positive in the long run.

But in the short run the impact is probably negative because the effect on oil and gas investment is immediate while the boost to consumer spending and energy-consuming businesses takes longer to filter through.

The dynamics are similar to the famous J-curve effect in international trade: a currency devaluation tends to worsen the trade balance in the short run because the rise in import costs is immediate while it takes longer for exporters to raise their foreign sales.

Something similar appears to be happening to the United States, which is not only one of the world's largest oil and gas consumers but one of its largest producers too.

None of this would have surprised the U.S. economist Wassily Leontief, the pioneer of modern input-output analysis, who studied the inter-relationships between different branches of industry.

"Layman and professional economist alike...all are equally aware of the existence of some kind of interconnection between even the remotest parts of the economy," he wrote in the Second World War.

"The presence of these invisible but nevertheless very real ties can be observed whenever expanded automobile sales in New York City increase the demand for groceries in Detroit; it is dramatically demonstrated when the sudden shutdown of the Pennsylvania coal mines paralyses the textile mills of New England, and it reasserts itself with relentless regularity in alternative ups and downs of business cycles."

The oil and gas industry was one of the biggest and fastest-growing sources of investment during the 2010-2014 boom, and provided an enormous boost for a huge web of suppliers.

The collapse in oil and gas prices has been an enormous negative shock for an economy which is also struggling to cope with an appreciating exchange rate and too many stocks in many other parts of the supply chain as well.

The oil and gas shock has been big enough to affect negatively the performance of the whole economy in the short run, even if it promises to have a positive impact in the long term.