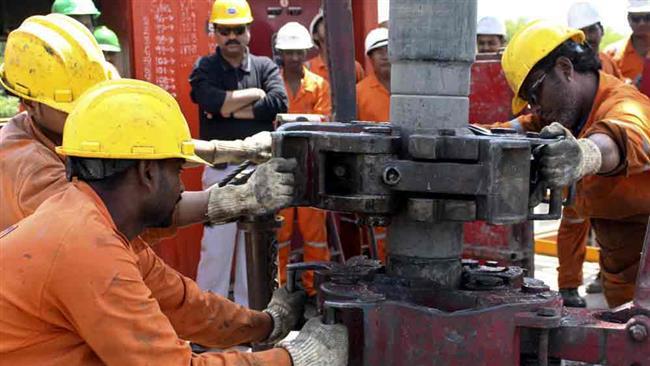 India's oil imports from Iran rose by over a fifth in February, the first month after a nuclear deal that lifted restrictions on Tehran's oil exports, preliminary tanker data obtained by Reuters shows.

Iran emerged from years of economic isolation in January when world powers led by the United States and the European Union lifted crippling sanctions against the OPEC oil producer in return for curbs on Tehran's nuclear ambitions.

New Delhi shipped in 215,500 bpd from Tehran in February, a rise of about 21 percent from last month and more than double the about 111,000 bpd in the same month a year ago, the data showed.

India had to cut imports from Iran in February 2015 under pressure from western sanctions.

The sanctions had cut Iranian crude exports from a peak of 2.5 million barrels per day (bpd) before 2011 to just over 1 million bpd in recent years.

In February Essar Oil was the biggest buyer of Iranian oil, shipping in 110,200 bpd, followed by about 69,500 bpd by Mangalore Refinery and Petrochemicals Ltd.

MRPL shipped in just one cargo of Iranian oil in February.

A true reflection of the step-up in Indian purchases of Iranian oil will emerge from April, the new contract year, as in the last leg of a fiscal year most companies cut purchases to maintain low inventory ahead of annual results.

Reliance Industries Ltd, which halted supplies from Iran in 2010, is preparing to lift a million barrels each of condensate and oil next month.

IRANIAN OIL WILL UP