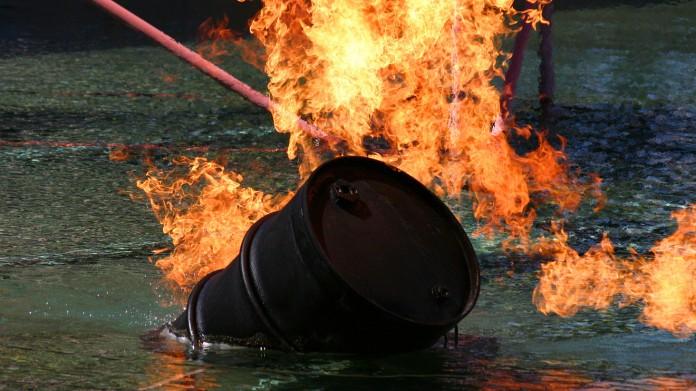 U.S. crude futures traded up 33 cents at $34.90 a barrel, having settled down 9 cents in the previous session.

"We've had another good week, the market has been toying with resistance around the $37.50 area in Brent. We had a break above but it failed to hold - to me it indicates we could be in a Friday afternoon profit mode," Saxo Bank's head of commodities research Ole Hansen said.

"The psychology seems to have turned in the market and although we may see some profit-taking into the weekend, we potentially could still be moving higher next week."

U.S. employment gains surged in February, the clearest sign yet of labor market strength that could further ease fears the economy was heading into recession and allow the Federal Reserve to raise interest rates gradually this year.

Cuts in U.S. oil production are providing price support after output fell for a sixth straight week to 9.08 million barrels a day, while U.S. crude inventories rose to a new record of 517.98 million barrels last week, according to the U.S. government's Energy Information Administration.

The combination of expected further cuts in U.S. output in coming months and a brightening demand outlook is also underpinning prices.

"Most support comes from the supply side but also the demand side seems to improve," Commerzbank analyst Carsten Fritsch said, pointing to Saudi Arabia raising its April selling prices for Asian customers and potential for Chinese oil demand to surprise to the upside.

Meetings between oil producers are expected to take place in March to discuss potential coordinated action although no decision on the date or venue of possible talks between OPEC and non-OPEC producers has been made yet.

OIL PRICE WAS UP