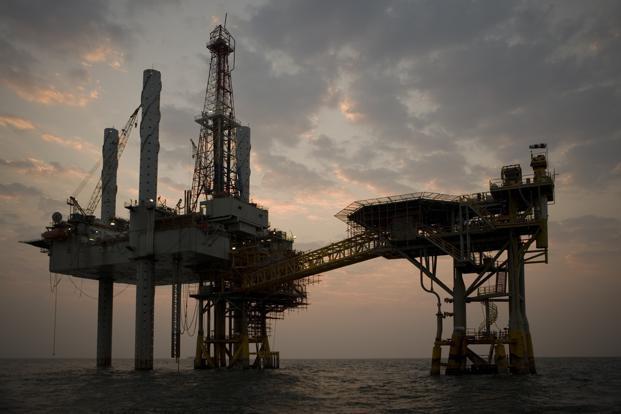 Saudi Arabia's decision to raise oil prices to its main customers in Asia may just be another sign that crude markets are indeed on the road to recovery.

The world's biggest oil exporter lifted the official selling price (OSP) of its benchmark Arab Light crude by 25 cents a barrel for cargoes loading in April.

The April OSP for Arab Light will be a discount of 75 cents a barrel to regional market Oman/Dubai, down from a discount of $1 for March cargoes.

While the OSPs have moved around a bit in recent months, a trend is emerging toward higher prices over the past six months, with the discount having dropped from $1.60 a barrel for November cargoes.

Saudi Aramco, the kingdom's state oil company, tends to adjust prices based on demand from refiners and changes in the value of oil products.

Prices for Asian refiners, who buy about two-thirds of Saudi Arabia's exports, also tend to reflect changes in the spread between global benchmark Brent and regional marker Dubai.

The Brent-Dubai exchange for swaps (EFS), which measures the premium of Brent over the Middle East grade, has been trending higher in recent months, rising from 61 cents a barrel on July 8 last year to $3.28 on Wednesday.

A gain in the premium for Brent over Dubai normally prompts rising Saudi OSPs for Asia as the kingdom tries to ensure parity between prices for customers in different parts of the world.

However, it's worth noting that the trend toward a higher Brent-Dubai spread has been in place for several months longer than the trend of rising OSPs.

This suggests that it's only recently that the Saudis have become more convinced that the demand gains in oil from Asian refiners are sustainable, giving them the confidence to start raising prices.

It's also the case that the OSPs remain at levels well below what they have been in the past when the Brent-Dubai spread reached levels above $3 a barrel.

What this shows is that Saudi oil prices are still being discounted for Asian refiners, relative to past experience.

This is probably a reflection of the Saudi decision not to act as the swing producer that balances the market by cutting output in times of surplus, but rather to retain market share even at the expense of lower prices.

The question that remains to be answered is whether demand for crude really is strong enough to support the apparent Saudi decision to start normalizing its OSPs.

China, the world's second-biggest crude importer, did experience a 4.6 percent drop in January from the same month a year earlier, shipping in about 6.28 million barrels per day (bpd).

However, imports rose 8.8 percent in 2015 over 2014, to about 6.71 million bpd, as China increased strategic stockpiling and boosted refinery runs and exports of products.

It's also likely that the timing of the Lunar New Year holidays may have affected January imports, and they are expected to recover in February, with Thomson Reuters Oil Research & Forecasts estimating imports for the month at 7.26 million bpd.

India, Asia's second-biggest importer after China, is also experiencing strong growth in demand, with fuel consumption rising 12.7 percent in January from the same month a year earlier, the fastest pace in three months.

Crude oil imports were 4.25 million bpd in January, up 1.5 percent from the same month in 2015, according to government data.

With demand growth in Asia's top two importers looking reasonably strong, there does appear to be some justification for the view that oil prices will receive support from the demand side of the equation.

The supply side remains the main obstacle to a sustained rise, with Iran still planning to increase its exports, as is regional competitor Iraq.

So far the gains in Oman crude futures look impressive in percentage terms, with the contract having gained 40.6 percent since the record low close of $23.78 a barrel on Jan. 20.

The price action and demand figures suggest that Asia's crude markets are at the start of a long road of price recovery, but it's worth remembering that Oman futures rallied almost 47 percent between mid-January and early May last year, before spending the rest of the year slumping.

OIL PRICE WAS UP