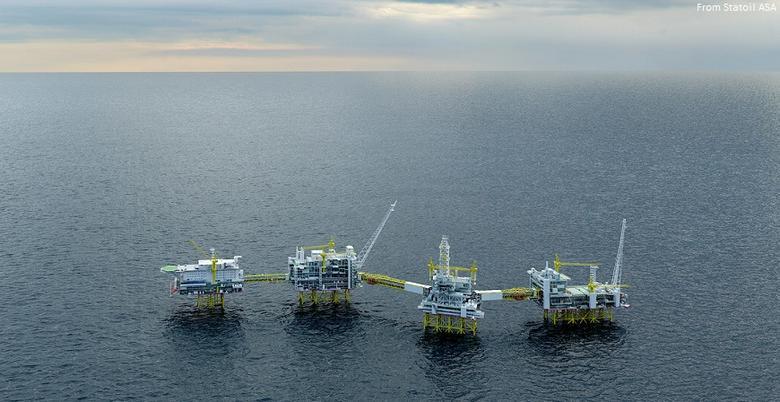 Production drilling has commenced on the first of a total of 35 wells to be drilled during Phase 1 of the Johan Sverdrup field development offshore Norway in the North Sea, operator Statoil ASA reported.

The well is being drilled using Odfjell Drilling's Deepsea Atlantic semisubmersible drilling rig. The rig is drilling the first production well through a predrilling template that was installed on the field in summer 2015. A total of eight wells will be drilled through the predrilling template before the rig is relocating to drill injection wells on three locations in the field.

In 2018, the permanent Johan Sverdrup drilling platform will be installed as the second of four platforms. The drilling platform is currently being constructed at Aibel's yard in Haugesund, north of Stavanger, and in Thailand.

When the drilling platform is installed and operational, the eight predrilled wells will be hooked up from the predrilling template. At this point, Deepsea Atlantic will drill the injection wells providing reservoir pressure support to maintain high field production.

EUROPE HAS A MULTIPLICITY