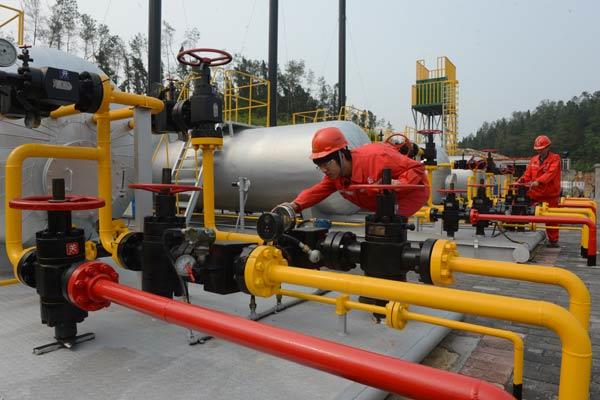 The deal, covering 1,500 sq km, is BP's first shale gas PSC in China, and is the first step in an expansive strategic cooperation pact signed by the two firms last October. CNPC will be operator for the project.

"We are looking forward to working together with CNPC on technology, operational, and subsurface techniques in unconventional resources," said Bob Dudley, BP Group chief executive officer.

BP's Energy Outlook for 2016 forecasts that by 2035 shale gas will account for a quarter of total gas produced globally and China will become the world's largest contributor to growth in shale gas production.

In its most recent report on shale oil and gas resources, the US Energy Information Administration estimates that China's technically recoverable shale gas reserves are 1,115 tcf, the largest in the world. Most of those resources are owned by state-owned CNPC and Sinopec Ltd.

CNPC and Royal Dutch Shell PLC in 2012 signed the first PSC for shale gas exploration, development, and production on the Fushun-Yongchuan block in Sichuan.