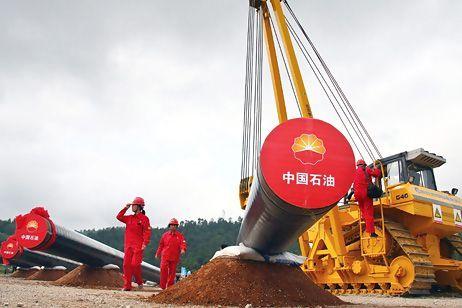 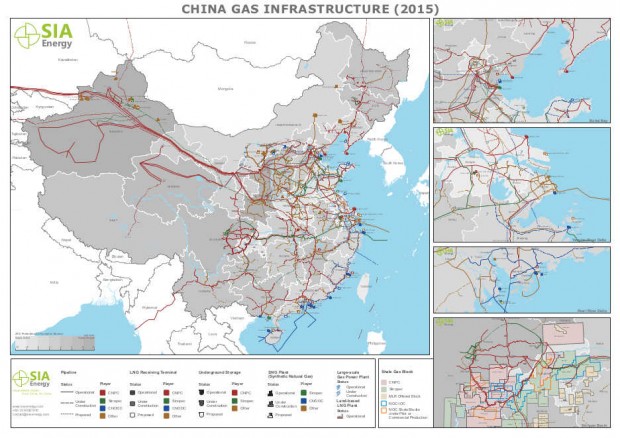 In this interview, conducted at Gastech, we had the pleasure of interviewing Shan Weiguo, Head of Gas Market Research at CNPC. We discussed China's recent gas developments and its policies on lower emissions, energy security and the future of the country's energy industry.

Gastech News: What is your strategic view of gas development in China?

Shan Weiguo: I believe that gas plays a very important role in the Chinese energy revolution, due to three causes:

One is environmental pressure.

Second is that the new energy cost is still high and cannot be produced at a large scale, and

Thirdly is the advantage of natural gas itself: clean and highly efficient.

That's why gas shall play a more important role, with more shares in the total Chinese primary energy mix. And, the Chinese natural gas market is at a turning point, as indicated by many experts at Gastech 2015's conference. The Chinese gas industry is facing many challenges also because of gas demand contraction due to the new normal Chinese economy. In the previous 10-15 years, we had double digit gas demand growth, but in 2014-2015 it was only single digits. Last year it was only 8.6%. This year, in the last 3 quarters, the growth was only 2.7%. The growth for the whole year 2015 is expected to 3.7%. So, the challenge is that the market is relatively"over supplied". The Chinese market needs two hands, one is the market and the other is policy from the government. The first deals with gas' price competitiveness to gas consumers, and the second deals with balancing the relationship among the 3 "E"s, i.e., energy, economy and environment. All in all, gas price cannot be so high, but the gas advantages must be recognized.

Shan Weiguo: There are many regulations and policies on environmental protection dealing with the natural gas industry. The most important one is the air pollution prevention and control action plan which was published in September of 2013. The new emerging problem in China is smog. This smog has entered into big cities like Beijing and Shanghai and many other big cities in the Northern parts of China. This action plan is catering to air protection in Northern China. It regulates the criteria for the PM 2.5 emissions (Particles less than 2.5 micrometers in diameter.) Lastly, relevant regulation deals are taking place with regards to the controlled use of coal and the use of more renewable energies. Since the national plan was published, many provincial action plans also came out afterwards. Thus, it's a big opportunity for gas industry development. Many of the power plants generating heat energy are changing their fuel from natural gas, especially in Beijing and neighboring areas, the Hebei province, the Tianjin municipality and many other big cities like Urumqi in Xinjiang, as well as big cities in Northern parts of China.

The second policy is named the national plan on climate change. The plan is regulated for the years 2014-2020 and was published in September of 2014. It focuses on the optimization of the energy mix: using more clean energy and less dirty energy like coal. It also presents a good opportunity for the natural gas industry to develop. Thus, it stimulates the gas share in the energy mix, which will be over ten percent by 2020. The total volume of consumption at that time should be 360 bcm. It's a high standard for the gas industry.

Shan Weiguo: I think there are three parts to this. The first part is dealing with the oil and gas industry upstream and focusing on the technologies to produce cleaner energy, especially natural gas. The second part is that the downstream side will have to focus on how to cleanly use the energy. For example, CCS technology for natural gas. Thirdly, it deals with renewable energies. The good thing is that gas can be utilized in synergy with other renewable energies. For example, with solar energy, if there are periods when there's less sunlight, gas can be used for power generation instead. Also, if wind power plants are being used and there is no wind, natural gas can be utilized. This synergy with other renewables will give the natural gas industry a good chance to develop further, not only in China but in other parts of the world too.

Gastech News: What projects will have a pivotal role to ensure China's energy security?

Shan Weiguo: There are many projects. The most important one is dealing with the infrastructure, especially the import facilities: the pipelines and LNG terminals. China started to import natural gas since 2006, first through LNG and later by pipeline gas. Now, we have 11 LNG importing terminals, with an importing capacity of over 40 million tons. There are many pipelines from Turkmenistan, Kazakhstan in central Asia; Myanmar in the South West and a to- be-newly- constructed Russian Far East gas pipeline to the North Eastern part of China. The second part of the infrastructure issue is dealing with gas storage capacity. There are seasonal changes for gas utilization: in China, nationwide, if there is one meter in summer there will be two meters in winter. But for Northern cities like Beijing, if there is one meter in the summer, there will be 16 cubic meters in the winter. Thus, gas storage is very important for stable utilization and supply security in big cities for residential living. At this time in China, we have 9 such storage facilities with a working capacity of 4 bcm, but the total design capacity shall be 15-20 bcm. Its share in total gas consumption is still small: maybe 2 percent by now. It's much smaller than the 15% to 20% in the U.S. or European countries and especially Northern parts of the world. We need more gas storage capacity and relevant promotion policies from the government like peak-shaving gas prices.

Those are just two categories of projects that can guarantee supply security in China.

Gastech News: In terms of technology, what should we expect in China?

Shan Weiguo: There are two categories here. The first is that gas turbine technology is most important in China. For the gas fired power plants, all the key technologies are provided by foreign companies like GE, Siemens and Mitsubishi. Some Chinese companies can provide complementary technologies, but the key technologies are in the hands of the foreign companies. Chinese power plants have to pay high premiums for maintenance, thus there are great costs for the gas-fired power generation sector in China. If there is a technology breakthrough in this sector, it can contribute a lot to the Chinese gas industry and the gas demand boom in the future. The second category of industry deals with upstream exploration production and dealing with unconventional gas exploration, like shale gas and CBM development technology. For shale gas, there are two major technologies: one is fracking, and the other is horizontal well drilling. Some of the technology can be sold to China, but it might not be able to be properly applied to Chinese territory in terms of ground conditions. If such technologies can be used or developed properly according to Chinese geological conditions, we can have more gas production.

CHINA'S OIL & GAS DEMAND WILL UP