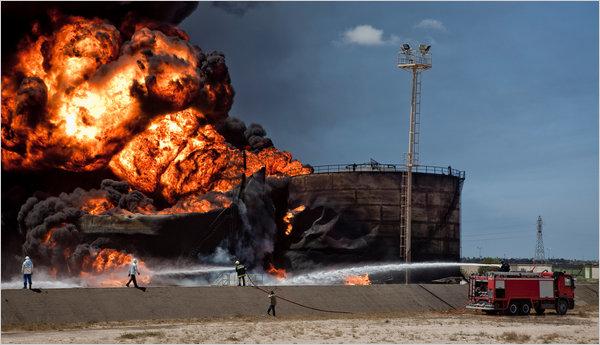 Saudi Arabia is getting ready for the twilight of the oil age by creating the world's largest sovereign wealth fund for the kingdom's most prized assets.

Over a five-hour conversation, Deputy Crown Prince Mohammed bin Salman laid out his vision for the Public Investment Fund, which will eventually control more than $2 trillion and help wean the kingdom off oil. As part of that strategy, the prince said Saudi will sell shares in Aramco's parent company and transform the oil giant into an industrial conglomerate. The initial public offering could happen as soon as next year, with the country currently planning to sell less than 5 percent.

"IPOing Aramco and transferring its shares to PIF will technically make investments the source of Saudi government revenue, not oil," the prince said in an interview at the royal compound in Riyadh that ended at 4 a.m. on Thursday. "What is left now is to diversify investments. So within 20 years, we will be an economy or state that doesn't depend mainly on oil."

Almost eight decades since the first Saudi oil was discovered, King Salman's 30-year-old son is aiming to transform the world's biggest crude exporter into an economy fit for the next era. As his strategy takes shape, the speed of change may shock a conservative society accustomed to decades of government handouts.

The sale of Aramco, or Saudi Arabian Oil Co., is planned for 2018 or even a year earlier, according to the prince. The fund will then play a major role in the economy, investing at home and abroad. It would be big enough to buy Apple Inc., Google parent Alphabet Inc., Microsoft Corp. and Berkshire Hathaway Inc. -- the world's four largest publicly traded companies.

PIF ultimately plans to increase the proportion of foreign investments to 50 percent of the fund by 2020 from 5 percent now, said Yasir Alrumayyan, secretary-general of the fund's board.

The blueprint for structural change follows a series of measures last year to curb spending and prevent the budget deficit from exceeding 15 percent of gross domestic product. At the end of December, authorities raised the prices of fuel and electricity and pledged to end wasteful budget spending after oil prices plunged.

More will follow those "quick fixes" as part of a "National Transformation Plan" to be announced within a month, including steps to raise non-oil revenue steadily through various measures including fees and value-added taxes.

"We are working on increasing the efficiency of spending," said Prince Mohammed, who is second-in-line to the throne. The government used to spend up to 40 percent more than allocated in its budget and that was whittled to 12 percent in 2015, he said. "So I don't believe that we have a real problem when it comes to low oil prices."

The question is whether the reaction to the more than halving in the price of a barrel of crude has come too late, especially given the Saudi influence over the oil market. The country will only freeze output if Iran and other major producers do so, the prince said. 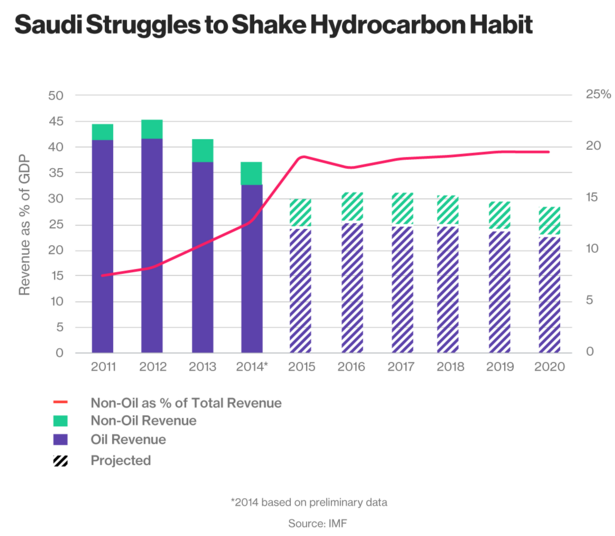 An International Monetary Fund study in 2014 noted there were "many examples of failure" by countries trying to reduce reliance on energy production and few successes. Gulf Arab monarchies may have missed their best chance when oil prices were above $100 a barrel rather than about $40 now.

"It is clear Saudi Arabia needs to reform, diversify, and re-energize its economy, but this will involve more than just increasing investments in non-oil industries," said Paul Sullivan, a professor of security studies at Georgetown University in Washington. "One cannot order economic reforms like a multiple course dinner."

Prince Mohammed has consolidated more power than anyone in his position since the founding of the kingdom in 1932. His attempt to shake up the economy comes against the backdrop of mounting domestic security threats and regional turmoil, with the Sunni-ruled kingdom fighting a war in Yemen against Shiite rebels it says are backed by Iran. 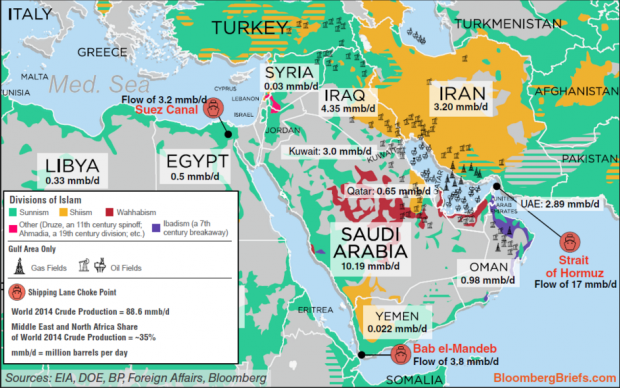 As Defense Minister, Prince Mohammed leads the military effort. He also oversees ministries including finance, oil and the economy through the Council for Economic and Development Affairs. The council, which was established after his father became king, also controls the Public Investment Fund.

Appearing casually in a white robe, but without the traditional Saudi headdress, the prince sat in an office adorned with posters of King Abdulaziz Al Saud, the founder of Saudi Arabia, King Salman and Crown Prince Muhammad Bin Nayef.

The fund is looking at "two opportunities outside Saudi Arabia" in the financial industry, the prince said, declining to name the possible acquisition targets. "I believe that we will conclude at least one of them."

It has already started to become more active abroad. In July, PIF acquired a 38 percent stake in South Korea's Posco Engineering & Construction Co. for $1.1 billion and the same month agreed to a $10 billion partnership to invest in Russia with the Russian Direct Investment Fund.

"We're working now on different fronts," he said. "Now the government is transferring some of its assets, lands, some of the companies to us. We have different projects in tourism and in new industries that are untapped in Saudi."

Over a multiple-course dinner with the prince and several top Saudi officials, he described the overseas investment plan as "very aggressive," though said PIF would initially be skewed toward domestic assets by the addition of Aramco.

"Undoubtedly, it will be the largest fund on Earth," the prince said. "This will happen as soon as Aramco goes public."