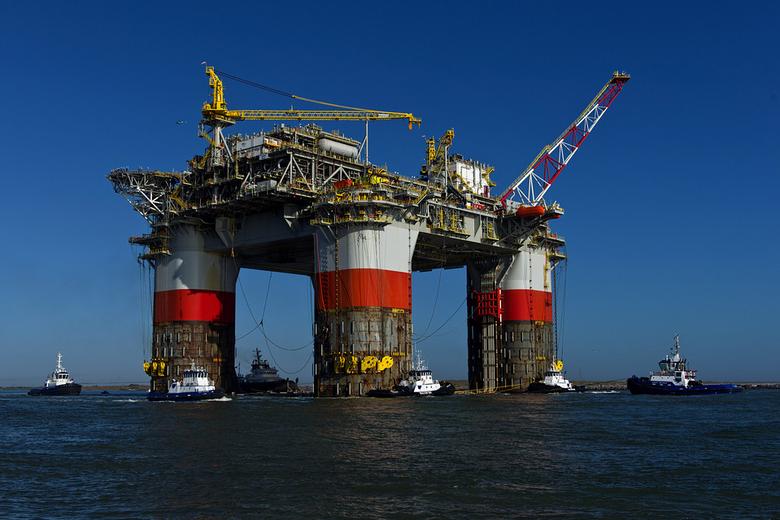 Sales and other operating revenues in first quarter 2016 were $23 billion, compared to $32 billion in the year-ago period.

"First quarter results declined from a year ago," said Chairman and CEO John Watson. "Our Upstream business was impacted by a more than 35 percent decline in crude oil prices. Our Downstream operations continued to perform well, although overall industry conditions and margins this quarter were weaker than a year ago."

"Our efforts are focused on improving free cash flow," Watson stated. "We are controlling our spend and getting key projects under construction online, which will boost revenues. We announced first LNG production and first cargo shipment from Train 1 at the Gorgon Project in March. Production from the Angola LNG plant is imminent and a cargo shipment is expected in May. Earlier in the year, we started up production at the Chuandongbei Project in China, and we continue to ramp up production in the Permian Basin and elsewhere."

"We continue to lower our cost structure with better pricing, work flow efficiencies and matching our organizational size to expected future activity levels," Watson added. "Our capital spending is coming down. We are moving our focus to high-return, shorter-cycle projects and pacing longer-cycle investments." 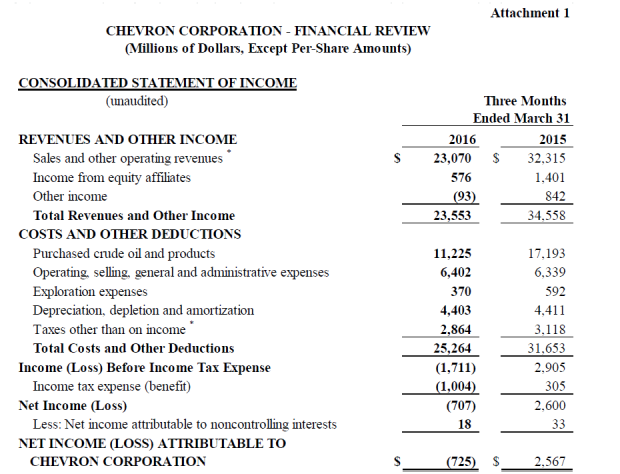