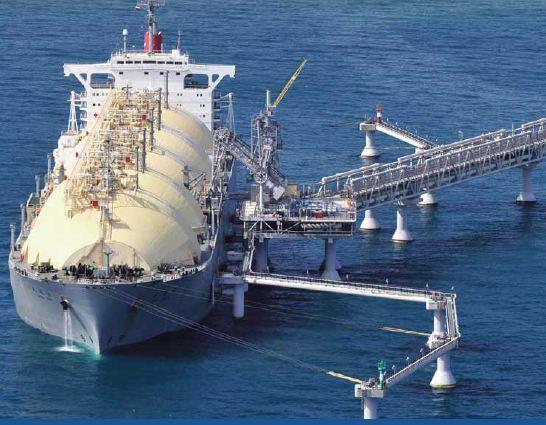 Russian state-owned oil and gas giant Gazprom is currently working to create a liquefied natural gas (LNG) distribution hub in Bahrain. The hub will be meant to intake LNG from various sources, including Russia.

The news was announced by Saint Petersburg's Regional Governor, Georgiy Poltavchenko, following a visit of the region's delegation to Bahrain.

Russia is currently negotiating the possibilities of LNG deliveries to the Kingdom with possible financing provided by Russia's Vnesheconombank (VEB).

The possibility of Russian independent natural gas producers has also been taken into consideration. Various instrument and equipment manufacturers from the Saint Petersburg region could also partake in the project.

The exact volume of LNG deliveries is hard to evaluate at the moment; according to preliminary estimates, it could amount to several billion cubic metres annually.

Bahrain's own natural gas stock is limited and the country is dependent on deliveries from the outside. However, talks with neighboring gas-exporting countries – Qatar and Iran, have met with difficulties due to political differences.

Back in February 2011, it was reported that Russia will begin exporting its LNG to Bahrain, but anti-government movements in the Middle Eastern nation got in the way of the project's further development.

In 2014, during its visit to Bahrain, the Russian business delegation held negotiations regarding possible deliveries of Russian LNG, however, no binding agreements were signed at that time.

Nonetheless, Bahrain isn't letting the issue go, and in February 2016 it became known that they had offered Russia to use the LNG reception terminal for purposes of exporting gas to the GCC states.

The terminal is in its construction phase and is planned to be commissioned in the first half of 2018, with construction costs amounting to $600mn.