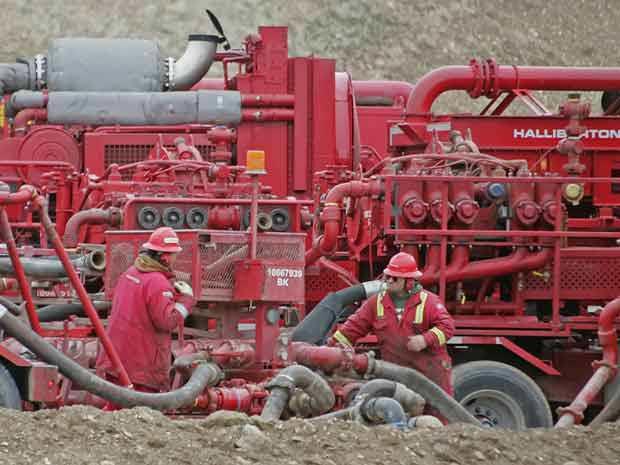 Halliburton's chief executive has blamed an increasingly difficult US regulatory climate for the collapse of his company's $28bn bid for rival Baker Hughes, which was abandoned on Sunday.

Speaking to analysts on a call on Tuesday morning Dave Lesar, who has led Halliburton since 2000, said that although the two oil services groups had expected to face scrutiny from competition regulators, "things have changed a bit".

He also cited the "abrupt and deep downturn" in the oil services market, which meant that Halliburton would have been forced to make any disposals required by regulators at fire-sale prices.

Activity in the oil industry has continued to decline this year, with the number of rigs drilling for oil and gas onshore in the US today 23 per cent below its average in the first quarter.

The failure of the Baker Hughes deal means Halliburton has to pay a $3.5bn break fee, promised when the deal was agreed in November 2014.

Mr Lesar said it had become clear that, in spite of the break fee, "continuing to pursue the transaction was no longer in the best interest of our stockholders", because of "the elongated regulatory scrutiny ... the poor deal economics and the current market environment".

Antitrust lawyers say there are signs that the US administration has in recent years become more active in using the law to preserve competition.

The Department of Justice, which last month launched a legal action to stop Halliburton from buying Baker Hughes, moved to block 20 deals last year — four times as many as in 2005.

Mr Lesar said he believed the businesses Halliburton planned to sell after the acquisition were "more than sufficient" to meet the DoJ's concerns about the deal's impact on competition.

However, he said: "US antitrust approval of large complex business combinations, regardless of the industry, has become increasingly time intensive and difficult".

He was speaking as Halliburton reported underlying first-quarter net income of $64m, excluding one-off items, down 76 per cent from the equivalent period of 2015.

It also took a charge of $2.4bn for writing down the value of equipment, in particular its older pressure pumps used for hydraulic fracturing for shale oil and gas production.

Setting out Halliburton's plans now it had failed with its principal strategic objective, Mr Lesar said it planned to cut costs by $1bn per year on an annualised basis.

The company cut a further 6,000 jobs in the first quarter, bringing its total losses since the downturn began in the second half of 2014 to 33,000.

Mr Lesar said the rebound in oil prices from lows of about $27 per barrel in January and February to about $45 this week meant that the production companies that are Halliburton's customers were "marginally more optimistic".

There could be an upturn in activity in the second half of the year, which would probably begin in North America, he said, but customers were not yet making definite plans for drilling and completing more wells.