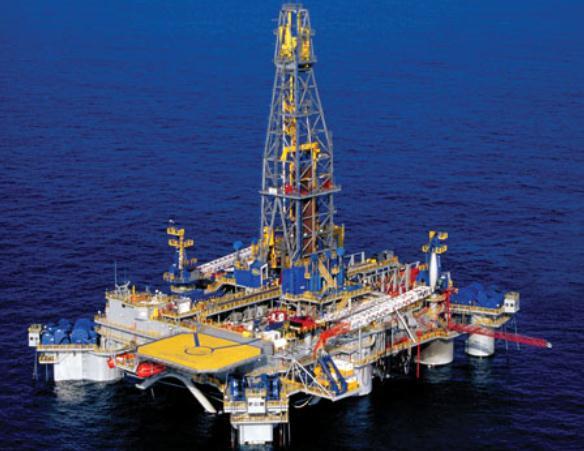 HOUSTON, May 04, 2016 -- Noble Energy, Inc. (NYSE:NBL) ("Noble Energy" or "the Company") today announced results for the first quarter of 2016, including an adjusted net loss(1) of $228 million, or $0.53 per diluted share, excluding the impact of certain items not typically considered by analysts in published estimates. The reported net loss for the quarter was $287 million or $0.67 per diluted share. EBITDAX(1) (earnings before interest expense, income taxes, depreciation, depletion, and amortization, and exploration expenses) and Adjusted EBITDAX(1) were $406 million and $518 million, respectively. Capital expenditures for the quarter were $374 million.

A portion of the increase in total Company volumes for the first quarter of 2016 over 2015 was a result of the merger with Rosetta Resources Inc. ("Rosetta") in July of 2015. The associated assets, including Eagle Ford and Permian Basin properties, contributed volumes totaling more than 60 MBoe/d in the first quarter of 2016. Excluding these assets, total Company sales volumes were up 12 percent compared to the initial quarter of 2015. This increase was driven by onshore U.S. horizontal completions and production optimization, as well as the startup of the Big Bend and Dantzler oil fields in the deepwater Gulf of Mexico. Higher Israel natural gas sales to satisfy growing demand for power generation also contributed to the increase. Sales volumes in West Africa, while lower than the first quarter of last year, were better than anticipated as a result of reduced downtime at Alba in Equatorial Guinea for the B-3 compression platform installation and turnaround activities.

David L. Stover, Noble Energy's Chairman, President and CEO, commented, "We are off to a solid start this year and have made substantial progress on our goals for 2016. Our high-quality and diverse portfolio is delivering strong results, giving us the confidence to lower our full year capital and cost outlook while raising volumes substantially. We have aligned our business within cash flows and are continuing to protect our investment-grade balance sheet. Significant capital efficiency gains and outstanding operating performance, combined with robust liquidity, position us well in any price scenario."

Total lease operating expense (LOE) and general and administrative (G&A) costs were essentially flat to first quarter 2015 levels, even with an approximate 100 MBoe/d increase in volume period over period. On a barrel of oil equivalent (BOE) basis, first quarter 2016 LOE averaged $4.25, down 22 percent from the same period in 2015, despite the impact of the Isabela workover in the Gulf of Mexico during the first quarter of 2016. Excluding this item, LOE per BOE was $3.63, down 34 percent period over period. G&A cost synergies from the Rosetta transaction are already exceeding the $40 million annual expectation.

Production taxes for the first quarter of 2016 included a $28 million accrual for the future refund of prior year severance taxes related to U.S. onshore assets. Transportation and gathering expense totaled $2.83 per BOE and reflected a change in accounting classification as all gas-processing costs are now reflected in transportation and gathering expense. Depreciation, depletion and amortization expenses for the quarter reflected higher Israel and West Africa volumes versus expectation. Exploration expense for the 2016 quarter included the majority of costs associated with the Silvergate well and various seismic and other geoscience costs. The Company's income tax rate for the first quarter of 2016 was 37 percent, with essentially all of the total income tax provision being deferred.

Adjustments to the Company's net loss for the first quarter of 2016 included unrealized commodity derivative losses, primarily related to existing crude oil hedging positions, as well as a gain on the extinguishment of debt resulting from the successful tender offer for prior Rosetta notes. Also included in adjustments for the quarter was the write-off of certain capitalized costs associated with a rig contract termination offshore the Falkland Islands.