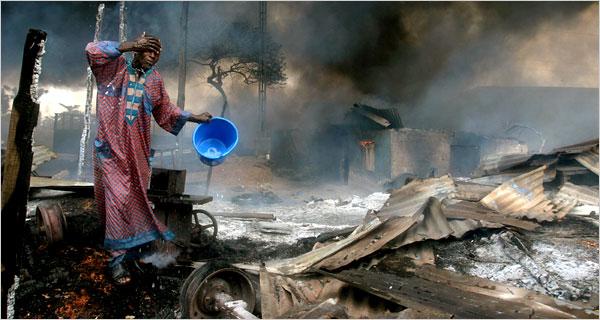 At first glance, oil prices have rallied -- a lot.

Look closer, however, and the market is still pricing the "lower-for-longer" mantra, much as it did at the beginning of the year.

Front-month futures for West Texas Intermediate, the U.S. benchmark, have risen 21 percent this year, but the recovery looks very different if you focus on the longer term. The five-year-forward WTI contract fell 2.6 percent over the same period, reflecting the view that shale oil production could rebound as prices recover, capping any rally.

"The markets may be getting ahead of themselves," Michael Wittner, an oil analyst at Societe Generale SA in New York, said in a note to clients. "We still believe sustained front-month WTI at $45 to $50 will be self-limiting, as U.S. shale-producer spending and drilling would stabilize and perhaps recover."

Forward contracts offer clues -- although not forecasts -- about where people who buy and sell oil believe prices are heading. While investors generally trade short-term contracts, long-dated futures are also important because they allow producers -- notably U.S. shale companies -- and consumers to lock in prices and manage their risk.

The "lower-for-longer" price view still has some notable detractors.

Some of the most senior people in the industry including Patrick Pouyanne, chief executive officer of French giant Total SA, and Fatih Birol, the executive director of the International Energy Agency, have warned repeatedly that investment cuts triggered by the current slump could lead to a production shortfall in the future. Wood Mackenzie Ltd., an industry consultant, estimated in February that explorers have canceled or delayed investments worth almost $400 billion since prices started their slide in late 2014.

Price movements don't suggest investors are heeding these calls. Front-month WTI prices have risen about $7.31 a barrel this year as investors bet that supply and demand would start to come into balance, eventually ending the glut. Over the same period, the longest-dated WTI contract, for delivery in late 2024, has fallen almost 70 cents.

Although forward oil prices aren't a predictor, they often signal an anchor for the long term.

Front-month WTI is now roughly at the same level as six months ago -- $45 a barrel -- but the price of the longest-dated contracts has fallen about $6 over the period. One reason is that slower growth in emerging markets and lower production costs will "put downward pressure on long-dated prices," said Jeffrey Currie, head of commodities research at Goldman Sachs Group Inc. in New York.

If prices were to stabilize around $55 into the long term, that would make the current oil-market cycle very different from previous ones -- where each bust sowed the seeds of the next boom. Take the 1998-to-2008 period, when Brent crude, the global benchmark, rose from below $10 to almost $150 as an industry that had just cut costs to the bone struggled to keep up with rapid demand growth in China.

One difference this time is the role played now by shale oil producers. From North Dakota to Texas, dozens of U.S. shale companies have the ability to resume spending, restart drilling and bring on new production as prices rise, boosting output more rapidly than in past cycles dominated by major companies and giant projects.

While shale producers have been hit hard by the downturn -- U.S. production has fallen by almost 700,000 barrels a day since June -- they are also adapting to lower prices by making the process of hydraulic fracturing more efficient. Break-even prices at the wellhead in key shale plays have decreased by as much as 44 percent during the last three years, according to a report by Oslo-based consultant Rystad Energy AS.

"The million-dollar question is when to start investing again," said Alex Topouzoglou, an oil analyst at Exane BNP Paribas in London.

Hess Corp., which operates in areas including North Dakota, has said it would boost activity if prices rise to $60 a barrel. Pioneer Natural Resources Co., a shale oil producer focused on Texas, said it would add more drilling rigs as soon as prices rebound to $50.

While U.S. shale oil production will retreat this year and next as the price slump hits drilling, it will subsequently recover, ensuring America remains the world's biggest source of new supply to 2021, the IEA said in its medium-term oil-market report in February. Total U.S. liquids output will increase by 1.3 million barrels a day by from 2015 to 2021 as drillers lower costs and improve efficiency, it said.

JBC Energy GmbH, a consultant, said this week that oil prices have "risen enough" to push some shale wells back into profitability. "We are now reaching the point at which we could begin to see a rebound" in activity, it said.

On top of the shale effect, the world's largest oil exporter is also behaving differently. After three decades of trying to guide the market, Saudi Arabia is taking a hands-off approach.

Back in 2008, King Abdullah said a "fair price" for oil was around $75 a barrel and the country adjusted its production in an effort to stabilize the market around that level. Now Prince Mohammed bin Salman, the son of Abdullah's successor, says the kingdom doesn't care if the price is $30 or $70.