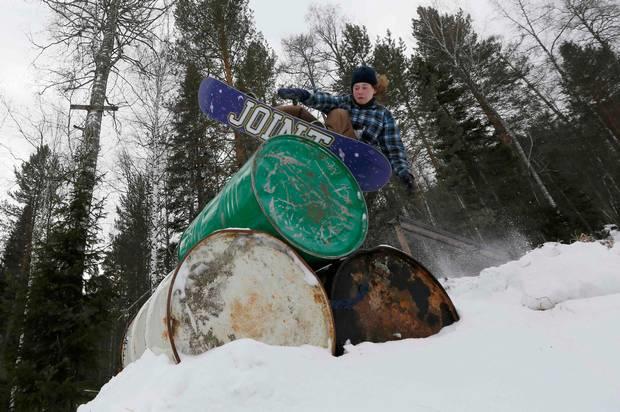 Russian President Vladimir Putin is on the verge of realizing a decade-old dream: Russian oil priced in Russia.

The nation's largest commodity exchange, whose chairman is Putin ally Igor Sechin, is courting international oil traders to join its emerging futures market. The goal is to increase revenue from Urals crude by disconnecting the price-setting mechanism from the world's most-used Brent oil benchmark. Another aim is to move away from quoting petroleum in U.S. dollars.

If Russia is going to attract international participation in Russian-based pricing, the Kremlin will need to persuade traders it's not simply trying to push prices up, some energy analysts said. The government is dependent on oil revenue to fund its budgets.

"The goal is to create a system where Russian oil is priced and traded in a fair and straightforward way," said Alexei Rybnikov, president of the St. Petersburg International Mercantile Exchange, or Spimex, in a phone interview.

Russia, which exports about half its crude, has long complained about the size of the discounts for lower quality Urals oil compared to North Sea Brent prices, which are assessed by the Platts agency. With world oil prices down by half in the past two years and Russia facing the prospect of its worst budget deficit as a percentage of its economic output since 2010, it needs every dollar of petroleum revenue it can get. Having its own futures market would improve Russian oil price discovery as well as help domestic companies generate extra revenue from trading, said Rybnikov.

Bloomberg LP, the parent of Bloomberg News, competes with Platts and other companies in providing energy-market news and information.

"The reality is that the Kremlin is always likely to be heavily involved in the Russian oil industry," said Richard Mallinson, an analyst at Energy Aspects Ltd. "That creates the concern that the proposals might be structured to try to achieve higher prices, which is not consistent with efficient price discovery."

The Russian government's system of approvals for shipping crude from different ports and pipelines could also mean subdued interest from western refiners, because some export volume adjustments could be politically motivated, said Ehsan Ul-Haq, senior oil market analyst at KBC Energy Economics. The volatility of the Russian ruble, which will be used for futures margins, also causes concern among companies.

To attract traders, the Bank of Russia is preparing legislative amendments to grant non-Russian firms access to exchange-traded commodities and their derivatives, the financial industry regulator said in an e-mail. The bank will assist Spimex in starting futures to price oil for exports.

Russia's largest oil companies, including Rosneft OJSC, Lukoil PJSC, and Gazprom Neft PJSC support the new futures and may become market makers, Spimex President Rybnikov said. He declined to name any trading firms outside of Russia, saying that the exchange has been in a dialogue with many market participants.

Gazprom Neft has been involved in futures development since 2015, it said in an e-mail. Lukoil will be willing to participate in the futures market if it makes economic sense, the company said in an e-mail. A Rosneft spokesman declined to comment.

Spimex has been Russia's largest oil product platform since trading started in 2008 after the government obliged companies to sell between 5 and 10 percent of their domestic transport fuel supplies there. Producers sold about 533 billion rubles ($7.8 billion) of products, or more than 15 percent of all fuel delivered to the local market, at the bourse last year.

The initial futures contract will be worth 1,000 barrels traded in U.S. dollars with a minimum delivery of 720,000 barrels to the Russian ports on the Baltic Seas, according to its specifications. Russia planned to export about 1.5 million barrels of crude a day from its Baltic oil terminals in March.

Moscow is not alone in its push to change global oil pricing. China, which vies with the U.S. as the world's biggest crude importer, has spent two decades trying to introduce its own oil futures contact, now expected this year. Iran and Venezuela, members of the Organization of Petroleum Exporting Countries, have called for trading oil in other currencies than U.S. dollars.

"Some market participants might be wary of embracing the new futures contracts as a benchmark due to concerns about the Russian government's high degree of involvement in the oil sector," said Eugene Lindell an analyst at Vienna-based JBC. "It remains questionable as to what extent Spimex can provide a better overall trading framework."