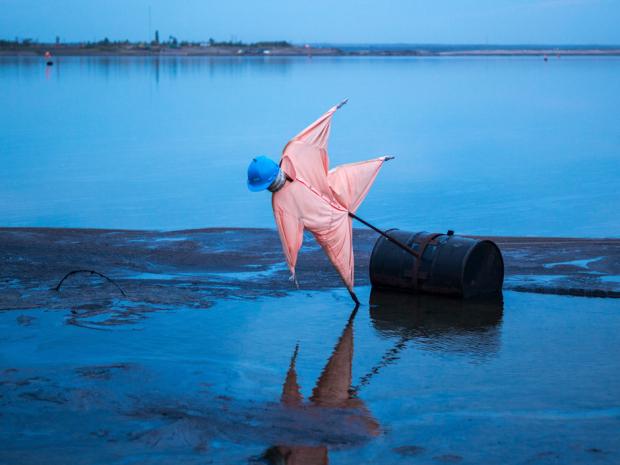 The rout in crude prices is snowballing into one of the biggest avalanches in the history of corporate America, with 59 oil and gas companies now bankrupt after this week's filings for creditor protection by Midstates Petroleum MPOY.PK and Ultra Petroleum UPL.NL.

The number of U.S. energy bankruptcies is closing in on the staggering 68 filings seen during the depths of the telecom bust of 2002 and 2003.

Charles Gibbs, a restructuring partner at Akin Gump in Texas, said the U.S. oil industry is not even halfway through its wave of bankruptcies.

Some oil producers appear to be holding on, hoping the price of crude stabilizes at a higher level. In February, oil slumped as low as $27 a barrel from peaks above $100 a barrel nearly two years ago. U.S. crude has recovered somewhat, and on Tuesday was trading a little below $44 a barrel.

Until recently, banks had been willing to offer leeway to borrowers in the shale sector, but lately some lenders have tightened their purse strings.

A widely predicted wave of mergers in the shale space has yet to materialize as oil price volatility makes valuations difficult, and buyers balk at taking on debt loads until target companies exit bankruptcy.

The telecom and energy boom-and-bust cycles have notable parallels. Pioneering technology brought an influx of investment to each industry, a plethora of new, small companies issued high levels of debt, and a subsequent supply glut sapped pricing just as demand fell sharply.

Neither this crash nor the telecom crack-up in the early 2000s rival the housing and financial bust in 2007-2009 in terms of magnitude and economic impact. But losses for energy investors in the stock and bond markets in the last two years are significant. It remains unclear how long it will take to get through the worst of the declines, and who will be left standing when it is over.

A 60 percent slide in oil prices since mid-2014 erased as much as $1.02 trillion from the valuations of U.S. energy companies, according to the Dow Jones U.S. Oil and Gas Index .DJUSEN, which tracks about 80 stocks. This has already surpassed the $882.5 billion peak-to-trough loss in market capitalization from the Dow Jones U.S. Telecommunications Sector Index in the early 2000s.

In the debt market, there are also signs that lots of money could be lost this time around, especially in high-yield bonds.

During its boom, U.S. oil and gas companies issued twice as much in bonds as telecom companies did in the latter part of the 1990s through the early 2000s.