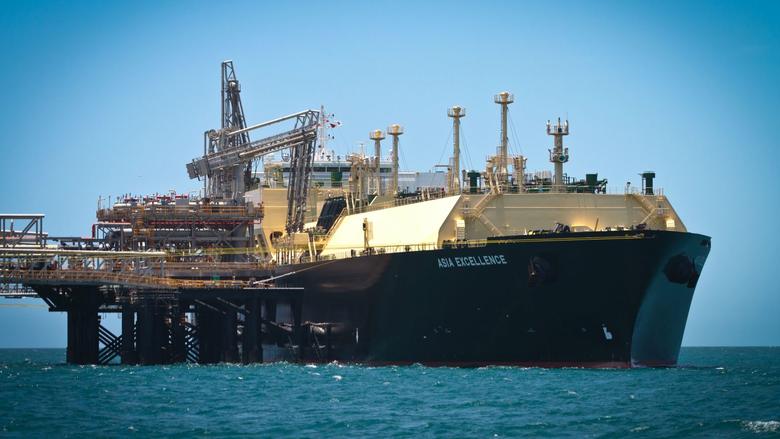 Officials from governments in central and eastern Europe who deal with energy security issues said they viewed US LNG as a boring product – at least regarding its ability to disrupt their gas market.

Their remarks, made at an Atlantic Council conference 'US LNG Exports and European Energy Security' on April 28 made it clear that 'boring' was a good attribute for gas exports. Regarding the diminishing importance of energy security in the last decade, Vaclav Bartuska, Ambassador-at-Large for Energy Security at the Czech foreign ministry, said his country had "done its homework" via a pipeline built in the 1990s and a contract with Norway for gas, thereby becoming connected to northwest Europe.

This meant, for example, that the Czech Republic and its neighbours in the region had not seen a reduction in gas supplies in the two years following the reintegration of Crimea with Russia in February 2014. "Russia's fabled energy weapon did not fire," he said, because the Czech Republic had moved to market-based natural gas and was now welcoming US LNG imports as "another boring exporter." Bartuska said, "Boring is good in central Europe." A single area will be supplied with natural gas, he said, which was something that Europe wanted to see spread throughout the 28 EU member states to become a unified market.

Hungary's situation is clearly different from the Czech situation, said Pal Sagvari, Ambassador-at-Large for Energy Security at the ministry of foreign affairs and trade. The gas markets of Slovakia, Hungary and Poland were less liquid and largely depend upon a single supplier, Russia. Sagvari recalled, "Since 2006 so many investments have happened. For example, in Hungary we have seven neighbouring countries and we are physically linked to six of them, and are working on the last one [Slovenia]. The plan is to complete this with reverse flows."

Still, in the light of the changes in the region he conceded that still the same physical flows of gas were occurring in central and eastern Europe, and traders needed to be more creative. "We're half way there," he said. "Two of the six interconnectors provide Hungary with access to spot gas markets."

The development of Nord Stream 2, he noted, could block such physical access to those spot markets. Integrating into the European markets might not be enough: "These markets should be integrated to the global gas markets." Sagvari said he was pleased to hear that the destination of one of Cheniere's commissioning-stage cargos leaving Sabine Pass was Europe.

Questioned on the significance of the European Commission's Energy Union project, Jan Kuderjavy, the director of th.e department of economic diplomacy at Slovakia's ministry of foreign and European affairs, said that improving energy security was important to a country like Slovakia, a small, industrial state without any natural resources and totally dependent upon Russia for gas and oil. "We are a big fan of the Energy Union," he said. "We need diversification of sources, suppliers and routes."

Kuderjavy recalled that even through Russia had been a reliable supplier, the gas disruption through Ukraine in 2009 had hit Slovakia's industry; the country is seeking a solution, but is landlocked. Last year, he said, an interconnector with Hungary had been completed, and Slovakia had hopes for a north-south gas corridor so it could be connected to LNG terminals in Poland and Croatia [and also bring in useful transit fees, if Nord Stream 2 goes ahead].

Regarding assisting Ukraine with its natural gas needs, he said that Slovakia had made reverse-flows of gas available as it can get gas from western Europe. Poland had made much progress in diversifying its gas supplies, said Adam Janczak, the deputy director of the EU Economic Department within Poland's foreign ministry.

Now, he said, the country is able to substitute 100% of the gas supplies of 10bn m³/yr of Russian gas that it receives from the Yamal pipeline with physical reverse-flows from Germany, and with gas from the country's LNG terminal in Swinoujscie, which is due to be commissioned in July.

He said, "The narrative of the north-south corridor should avoid the situation of the same Russian gas molecules being circulated in the new interconnectors and only partially subsidized or cofinanced by the European Commission by a dedicated financial instrument. While the Energy Union provides a "new architecture" for regional solidarity, Janczak pointed out that practical solutions for this are lacking, although he mentioned the approach of combining countries with gas supplies with those with gas deficits at times of disruption.

He said that contracts for gas in central Europe need a level playing field, and that an upgrade of interconnections in the region should be considered. "It's definitely on the right track," he said of the Energy Union. Energy security is a fundamental pillar of Atlantic relations, said Robin Dunnigan, the deputy assistant Secretary of State for Energy Diplomacy, US Department of State.

She said US support for Europe's energy security was "nothing new", recalling American support for the building of the Baku-Tbilisi-Ceyhan oil pipeline, in which the US had no financial interest (in contrast to US LNG export projects). She listed a number of accomplishments that Europe and the US had achieved by working together: Ukraine making it through the winter by receiving more European gas; greater energy independence in the Baltic countries thanks to a floating storage & regasification unit (FSRU) in Lithuania; and the planned Southern Corridor project to bring gas from the Caspian region to Europe.

"The start of the US LNG experience has included getting FSRUs in the right places – the one off the coast of Croatia on Krk island makes a lot of sense, finishing some of the interconnector work that needs to be done, like the interconnector between Greece and Bulgaria." She said there were underutilised LNG terminals in Europe, but also a lack of access to terminals in central and south-eastern Europe."

She added that she believes US LNG will be part of that solution for countries that face a dominant supplier situation, providing flexible, market-based pricing for a reliable source of gas. Dunnigan said that the US sees eye to eye on the Energy Union and that American LNG will be part of the approach towards diversification of sources of gas in Europe, in contrast to projects like Nord Stream 2 or the revived South Stream, which she said are not real sources of diversification.

In addition to Poland's terminal, she noted that Greece is also looking at importing more LNG, which could move further afield via the Interconnector Greece-Bulgaria project, and make a difference.

Slovakia's Jan Kuderjavy said that the problems with Nord Stream 2 went beyond energy security. "The objective is to bypass Ukraine; that gas connection would be abandoned," he observed. He pointed out that on the one hand the west was offering a helping hand to Ukraine through billions in aid, but giving the go-ahead on Nord Stream 2 would cut off $2bn in funds to the country from transit fees Ukraine receives from the Brotherhood pipeline.

Moreover, it is a question, he said, whether Nord Stream 2 complies with the requirements of the Third Energy Package. Adam Janczak added: "We Europeans in the EU should think about whether we should express our disagreement with the project, or stay silent. We should consider if it's logical to invest $1.8bn in financial assistance to Ukraine's reform programme, but contribute to Ukraine's loss of revenues of $2bn. These contradict each other."

He pointed out that a refurbishment of the Ukrainian Brotherhood pipeline would cost €5bn, in contrast to Nord Stream 2's price tag of €12bn. Despite protests from countries in central and eastern Europe in the form of signed letters to the European Commission against Nord Stream 2, Pal Sagvari said there had been silence from Germany, Italy and France. "This is a test of European solidarity, as it's good for western Europe, but bad for the east. It needs a European solution at the level of the EU 28," he said.

Still, Sagvari predicted a "bright future" for natural gas when investments come to fruition as sources like Southern Corridor or Black Sea sources come online, plus LNG sources emerging, which could result in oversupply and even result in turning the central European countries into swing markets.