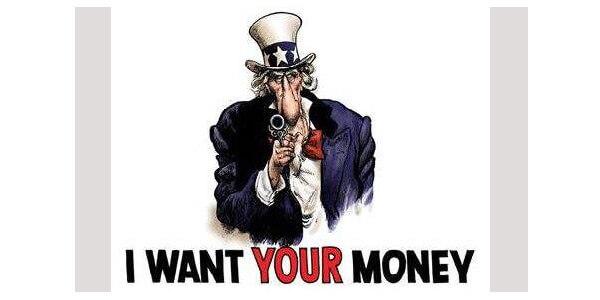 Banks are increasingly requiring U.S. oil and gas companies to maintain minimum levels of liquidity, an unusual step that could help reduce the risk of being exposed to companies struggling to maintain operations and repay debt.

One of the energy companies hardest-hit by so-called minimum liquidity covenants is Chesapeake Energy Corp, according to a Reuters review of regulatory filings. Chesapeake must maintain $500 million in cash and other assets that can be easily converted to cash at all times, even as it posts losses and could be faced with nearly $1 billion in collateral calls.

Lenders involved in such transactions include Wells Fargo & Co and MUFG Union Bank [UBCAL.UL], which declined to comment, as well as Bank of America Corp and Nordea Bank AB, which did not respond to requests for comment.

The wave of minimum liquidity covenants comes after some oil and gas companies maxed out their existing credit lines. They are sometimes imposed alongside "anti-hoarding" measures meant to prevent companies from building a war chest ahead of a Chapter 11 bankruptcy filing.

"In the old days, you'd pull the line down, and then you'd file 11," said Barry Teare, an oil and gas accounting professor at the University of Houston.

More stringent regulations on banks by the Office of the Comptroller of the Currency are part of the reason minimum liquidity covenants are more common now than in previous downturns such as in the mid-1980s, said Bruce Vincent, a retired industry executive.

The covenants ensure that companies draw down lines only if they truly need it for operational or capital expenditures, said Janice Fukakusa, chief financial officer at Royal Bank of Canada.

"It's just a prudent thing to do if you have a borrower that ... you think should only draw down if they need the cash flow to do some capex or to create more cash flow," Fukakusa said.

Some companies have implemented similar covenants in previous downturns in sectors besides upstream oil. Western Refining Inc agreed to a $200 million minimum liquidity covenant in 2008, shortly after an ill-timed acquisition as the U.S. refining sector grappled with soaring crude oil prices.

Insurer American International Group, which faced a near-fatal cash crunch during the financial crisis, agreed to a $15 billion minimum liquidity covenant as part of a loan from the New York Fed in 2008.

In order to maintain a $4 billion revolving credit line, Chesapeake agreed to a $500 million minimum liquidity covenant in April. The company revealed the following month that counterparties including transportation and pipeline companies had asked it to post $281 million in collateral, and could ask for $696 million more.

Analysts said that would constrain the company's ability to access cash, prompting a 20 percent single-day share drop in early May. Chesapeake shares have been relatively flat at that depressed level since, trading at around $4.30.

To be sure, a recent $470 million asset sale could improve its access to cash. The company is aiming to raise an additional $1.2 billion-$1.7 billion in asset sales.

The liquidity covenants could help banks monitor companies such as Chesapeake before cash crunches grow too severe.

"The expectation is certainly not that it will cause a death spiral, but that they will meet it and to ensure that they are being careful about how they manage their liquidity," said Kenneth Anderson, a partner at Sidley Austin in Houston.

Other companies that now have minimum liquidity covenants tied to revolving credit facilities include Atwood Oceanics Inc , which agreed to maintain $150 million in liquidity in March, and Key Energy Services Inc, whose liquidity cannot be less than $100 million at the end of any quarter.

The covenants have also been applied to companies that have already become insolvent. Swift Energy recently emerged from bankruptcy with a $10 million minimum liquidity covenant, and bankrupt rig provider Paragon Offshore expects a court to approve a $110 million liquidity covenant as part of a restructuring plan later this month, a spokesman said.

Atwood, Swift and Key did not respond to requests for comment.

U.S. WERE THE LARGEST

U.S. OIL DEMAND UP, PRODUCTION DOWN