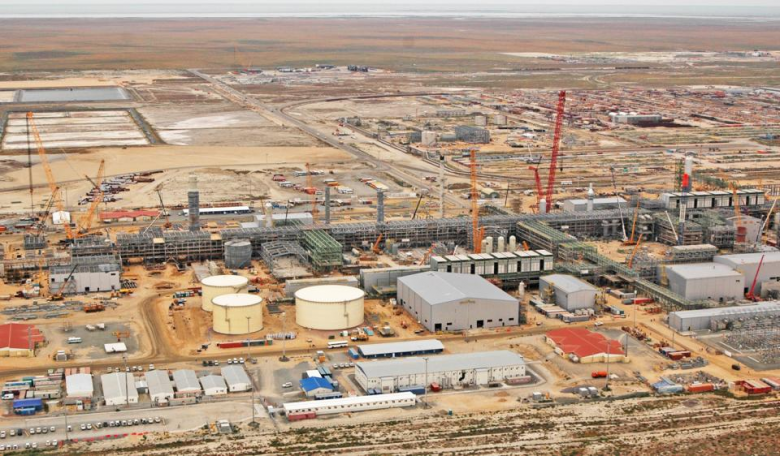 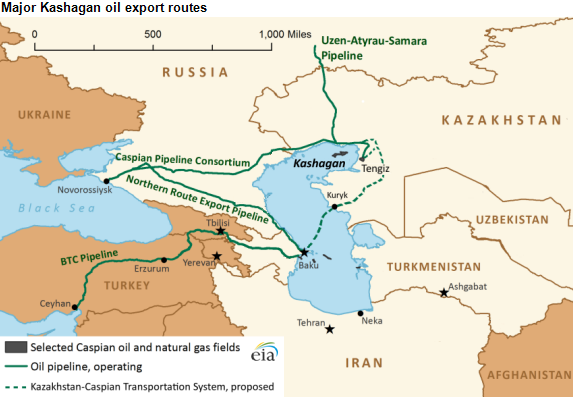 According to BOE, Chevron Corp. may shortly give a green light to the most expensive oil project in the world this year as the industry digs out from the worst slump in a generation.

The company said this week in a presentation on its website that the decision on expanding the Tengiz development in Kazakhstan will be made in mid-2016. Installing 4,500 camp beds for construction crews is done and port dredging 25 percent complete, it said. The project may cost as much as $40 billion and add crude supply equivalent to that of Libya. The investment was put on hold last year after cost estimates ballooned amid plunging oil prices.

In a May interview, Kazakh Energy Minister Kanat Bozumbayev predicted a late-June approval and estimated the cost at $36 billion to $37 billion. Wood Mackenzie Ltd. said it could reach $40 billion. Chevron spokesman Kurt Glaubitz declined to comment on the pace of the Chevron board's deliberations or the projected price tag.

"This is very big and very important for Chevron and for Kazakhstan,'' said Matthew Sagers, the Washington-based managing director of Russian and Caspian energy research at consulting firm IHS Inc. "It shows that the situation is now turning in the oil market that people are putting down this kind of money.''

The Tengiz expansion would come after oil explorers around the globe slashed more than $1 trillion in investments to weather a downturn that saw U.S. crude tumble 75 percent from June 2014 to last February. Hundreds of thousands of drillers, engineers and geologists were fired and the contagion spread to steel mills, trucking and lodging companies. The project represents a bullish bet that oil demand will continue to grow through the next decade and beyond, according to IHS.

For Chevron, the squeeze meant writing off hundreds of millions of barrels of deepwater discoveries in the U.S. Gulf of Mexico and elsewhere. The San Ramon, California-based explorer slashed annual spending plans for 2017 and 2018 to between $17 billion and $22 billion each year, a reduction of about 26 percent from this year.

Tengiz produced about 595,000 barrels a day last year, according to Tengizchevroil, the partnership that operates the field. The expansion will involve pumping sulfur-laden gas back into the rocks to force out an additional 250,000 to 300,000 barrels a day.

"Tengiz has been very lucrative for Chevron for many years,'' said Brian Youngberg, an analyst at Edward Jones & Co. in St. Louis, who has a "buy'' rating on the shares. "It's one of the few projects in that part of the world that worked as planned.''

It's also the only major new project Chevron spared from the austerity budget imposed this year to cope with the slump in crude prices and cash flow. The partnership probably will issue bonds or otherwise tap lenders to finance the expansion, Chairman and Chief Executive Officer John Watson told analysts and investors at the company's annual strategy presentation in March.

Discovered in 1979, Tengiz was too technically challenging for Soviet engineers to develop. A blowout in a well called T-37 in June 1985 blazed for more than 400 days before it was extinguished by U.S. well-control experts, according to a history of the field published by Tengizchevroil.

Chevron won the rights to develop the field in 1993 after the collapse of the Soviet Union. Tengiz produces a very light form of crude oil, highly prized by refiners because of its high gasoline yield, Sagers of IHS said.

The Tengiz expansion probably will begin pumping barrels in 2021 or 2022, said Samuel Lussac, research manager for Caspian upstream oil and gas at Wood Mackenzie in Edinburgh. The combination of new Tengiz supplies and output from the Kashagan project set to come online later this year could boost Kazakhstan's daily output to more than 2 million barrels, vaulting it past countries including Norway and Qatar.

"This will be like another small producing nation coming online,'' Sagers said.

Chevron classifies the Tengiz expansion as one of just 13 major capital projects in the company's portfolio spread across five continents, according to a June 28 presentation published on its website.

"Kazakhstan is right at the top for them in the world,'' Youngberg said.

KASHAGAN: I'LL BE BACK