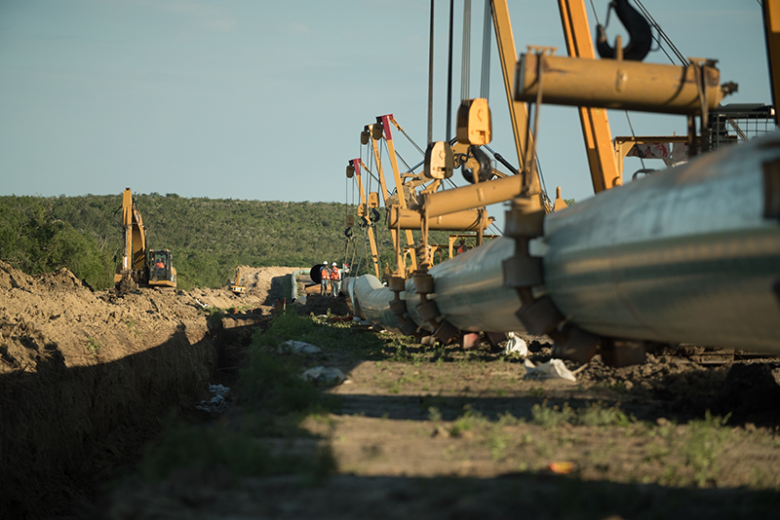 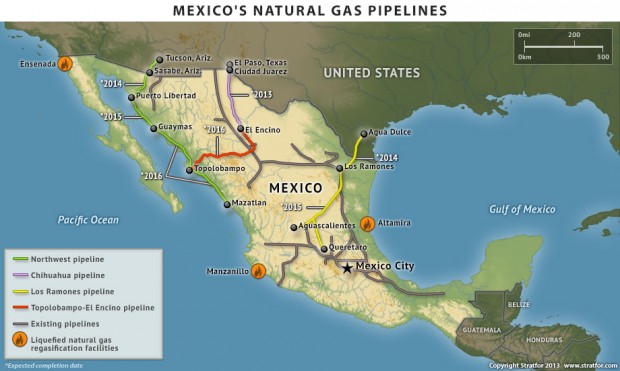 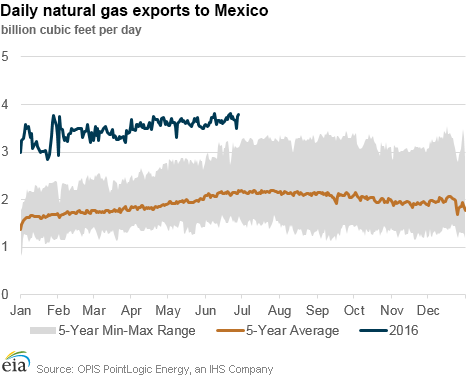 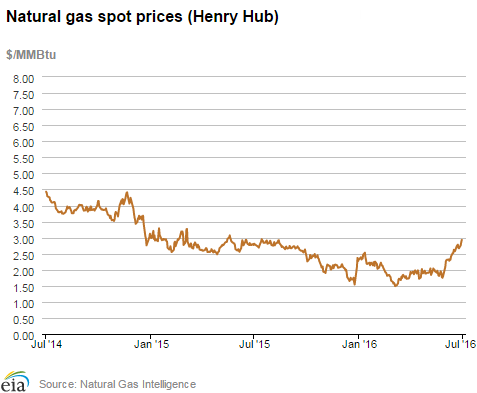 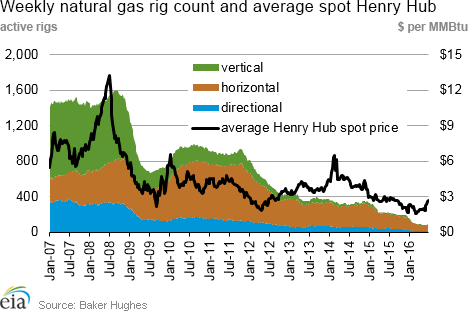 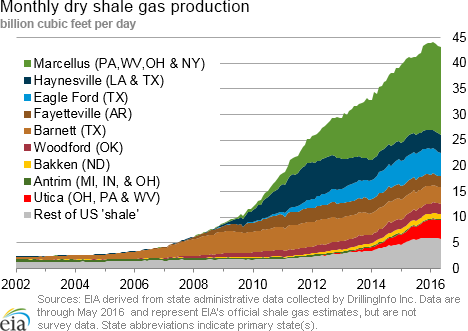 According to EIA, net imports of natural gas to the United States have declined substantially this year, averaging 2.2 billion cubic feet per day (Bcf/d) in April, up from a 30-year record low of 1.5 Bcf/d in March. Recent growth in pipeline exports to Mexico have resulted in the decline in U.S. net imports, and a new infrastructure expansion set to come online in Mexico today is expected to further increase U.S. natural gas exports to Mexico.

The Los Ramones pipeline flows gas sourced from the Eagle Ford Shale play in Texas into Mexico. The pipeline has come online in several phases, with Phase I and Phase II North entering service in 2014 and late 2015, respectively, extending from the U.S.—Mexico border 340 miles south to Villa Hidalgo. Phase II South, scheduled to begin service today, has a capacity of 1.4 Bcf/d and will move gas from Villa Hidalgo to the interconnect of the Tamazunchale pipeline, north of Mexico City.

Midway through 2016, U.S. pipeline exports to Mexico have been increasing substantially. Daily PointLogic data show that year-to-date, pipeline exports to Mexico have averaged 3.5 Bcf/d, 37% above year ago levels and 89% above the five-year (2011–15) average level. Mexico's growing use of natural gas in the power sector and flat-to-declining production have led Mexico to increase its pipeline imports. At the same time, the growth in power burn has been driven by the increased availability of low natural gas prices as a result of the infrastructure buildout.

In addition to increases in U.S. pipeline exports to Mexico, pipeline imports from Canada to the United States have declined over the past several years and LNG exports are beginning to ramp up as new liquefaction capacity comes online. EIA's 2016 Annual Energy Outlook projects the United States will become a net exporter of natural gas in 2018, exporting 2.85 Bcf/d of natural gas. About half of all exports in 2018 are pipeline exports to Mexico, but later in the projection period LNG exports ramp up and exceed pipeline exports.