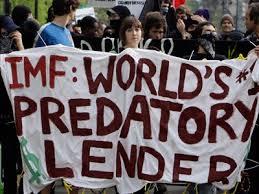 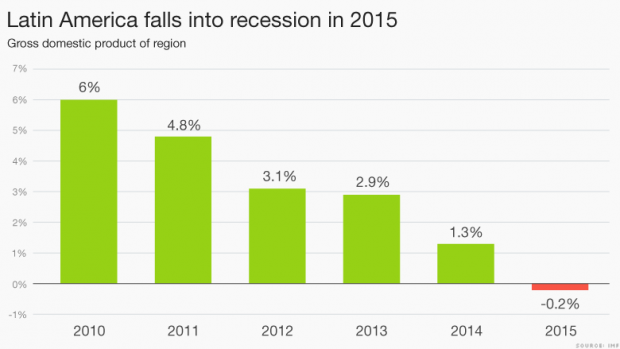 IMF wrote, Latin America should strengthen regional trade and financial linkages to boost growth and further the social achievements of the past 15 years, according to participants in a recent conference in Montevideo.

Thanks to sustained growth during the last commodity boom, Latin American countries have achieved a significant reduction in poverty and income inequality over the past decade.

However, as the external environment has turned less supportive and policy options are becoming more limited, economic reforms are needed to preserve and deepen these social gains.

"Today is a good time to talk about structural reforms" said Alejandro Werner, Director of the IMF's Western Hemisphere Department in his introductory remarks. Reform priorities depend on individual countries' circumstances, as the region varies widely from country to country on product and labor market regulations and trade and financial openness. Yet participants emphasized that there were key areas in which progress could be made.

The conference, jointly organized by the IMF and the government of Uruguay in late July, brought together policymakers from Argentina, Brazil, Chile, Colombia, Mexico, Paraguay, Peru and Uruguay, as well as academics and officials from the IMF and other international financial institutions.

Many participants saw benefits in deepening regional integration. Latin American countries remain relatively closed compared with advanced and emerging countries in other regions. Intraregional trade represents only about a fifth of total trade in Latin America, versus more than a half in Asia.

Regional integration would also support economic diversification and complexity—that is, the range of exported products and their degree of sophistication—by fostering cross-country technology transfers and a reorganization of production at the regional level. Diversification in turn can increase productivity and growth, while reducing the region's strong dependence on exporting commodities, participants said.

A role for targeted policies

To deepen regional integration, participants suggested that reforms harmonize rules of origin, remove remaining barriers to the free movement of goods and services within Mercosur, and create the preconditions for successful financial integration, such as the implementation of consolidated banking supervision.

To enhance diversification directly, some participants advocated fairly activist industrial policies, targeted at specific sectors, where returns are higher or market failures larger. Others, however, cautioned that institutions in some countries may not be strong enough for effective implementation, preferring so-called "horizontal" policies that benefit a broad range of sectors. Andres Velasco of Columbia University suggested that independent institutions be created to select projects or sectors that would benefit from public support completely separate from the political cycle.

Both Danilo Astori, Uruguayan Minister of Economy and Finance, and Murilo Portugal, President of the Federation of Brazilian Banks, emphasized that diversification can result from upgrading and widening existing production clusters (including for services such as tourism) rather than creating new ones. Infrastructure investment, aimed at increasing the capital involved in the production process, can foster such a change.

"Investments in infrastructures are like a perfect trinity," said Mauricio Cardenas, Colombian Minister of Finance. They improve productivity, stimulate aggregate demand, and when they are financed through public-private partnerships, they do not entail upfront costs for the public sector.

Public opinion's support is crucial for the effective implementation of reforms. Such support requires continuity in economic policy-making, greater transparency, and more efficiency in public spending. It also requires awareness of workers' demand for economic security. Policies must have "the capacity to deal with social expectations," said Uruguayan economist and former President of the Inter-American Development Bank Enrique Iglesias. Recent IMF work has shown the importance of macroeconomic conditions and timing for the effects of product and labor market reforms.