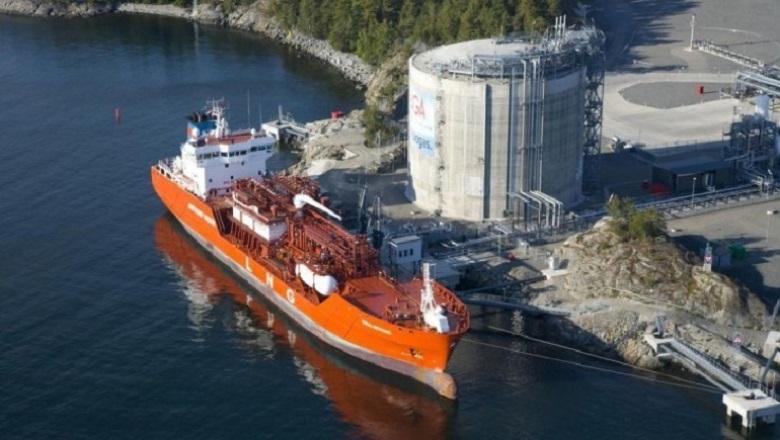 HP wrote, the global LNG market has been turned upside down. In less than two years, the LNG marketplace has switched from a seller's market to a buyer's market. LNG buyers have gained more leverage due to a glut of liquefaction capacity and stagnant demand; spot and short-term purchases are gaining market share against long-term contracts; and LNG buyers are demanding better pricing and flexibility clauses within their supply contracts.

How could these market trends change so rapidly? We must examine the past if we wish to understand the future of the LNG industry.

The increase in natural gas usage has caused a surge in LNG trade over the past few years. Depending on the reports consulted, global LNG trade measured between 240 MMtpy and 244 MMtpy in 2014. In 2015, LNG trade expanded by approximately 3% to 250 MMtpy. BG Group forecasts that LNG demand will nearly double to 420 MMtpy by 2025.

At present, the US is constructing its first wave of LNG export terminals. This LNG buildout includes the construction of 10 liquefaction trains, with a total LNG output of nearly 45 MMtpy. This constitutes a total capital investment of more than $42 B by the end of 2019. These projects include:

A second wave of US LNG export projects could add 30 MMtpy. This capacity would include additional liquefaction trains at Sabine Pass and Freeport, and the startup of Cheniere's Corpus Christi, Texas LNG project. Outlier projects include the grassroots Jordan Cove and Oregon LNG terminals. 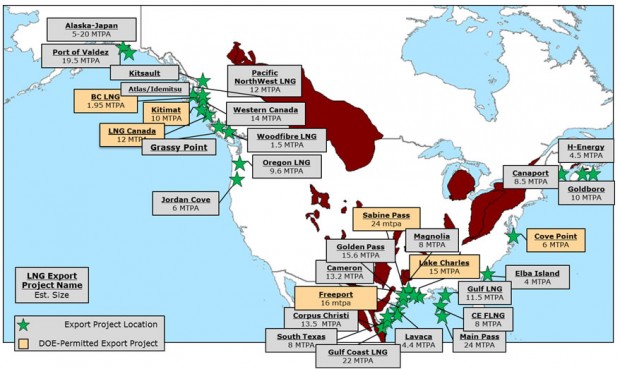 Low oil prices are expected to have a negative effect on the US LNG export industry. LNG export markets are tied to oil indexing. With crude oil prices decreasing by 50% over the past year and a half, the US Henry Hub market is losing its price advantage. This scenario not only minimizes projected LNG export revenues, but it also makes financing capital-intensive LNG facilities more difficult.

Finding a home for LNG. The US faces steep competition from other LNG-exporting powerhouses, such as Australia. The projects that can secure, or have already secured, supply contracts are more likely to move forward.

The US has the advantage of being able to offer a full array of benefits to the global LNG market, including ample gas supplies, low production and liquefaction costs, an advanced natural gas pipeline network, geographical positioning to import markets in Europe and Asia-Pacific, and destination flexibility clauses woven into supply contracts.

Meanwhile, Australia is expected to add 50 MMtpy of LNG export capacity by the end of the decade. This forecast includes projects such as Gorgon, Wheatstone, Prelude, Ichthys and others. The country is well on its way to becoming the largest LNG producer in the world (FIG. 2, 3). 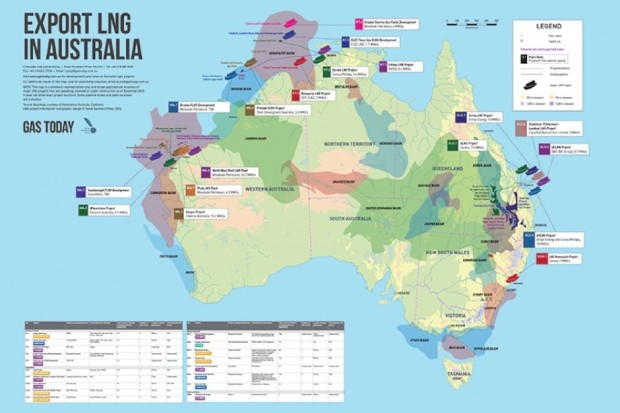 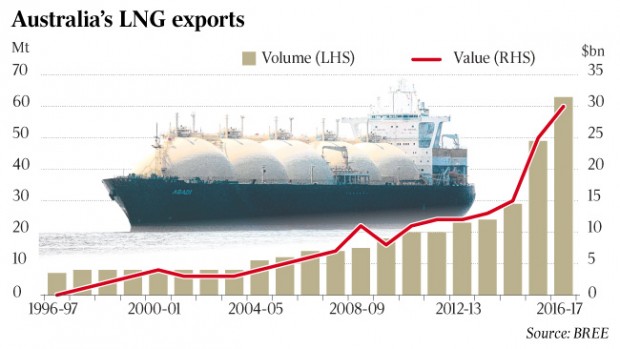 As the data for the US and Australia indicates, future LNG supplies will not be a problem; the problem is finding a home for that LNG. Even with robust demand growth, there will be a huge surplus of LNG supply through the early 2020s.

New LNG-importing nations have entered the market—including Egypt, Jordan and Pakistan—with other nations building import capacity. However, this incremental growth will not be enough to soak up all the LNG coming online over the next few years. In the near term, the world will be awash in LNG supplies, with LNG exporters in fierce competition to maintain market share.