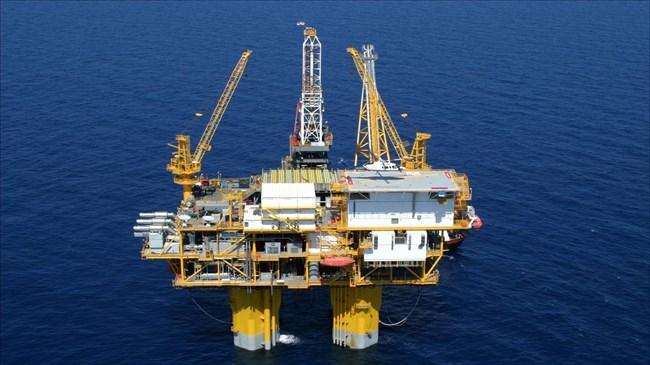 According to REUTERS, Britain's vote to leave the European Union and the rise of U.S. presidential nominee Donald Trump have paralysed efforts by Western governments to encourage already highly reluctant international banks to do business with Iran.

Uncertainty is frustrating Tehran's push for foreign investment to revive its struggling economy: over Britain's political and economic future, over whether Trump - who wants to scrap a nuclear deal with Iran - will get into the White House, and over whether banks will fall foul of U.S. sanctions if they process transactions with the Islamic Republic.

Iran's failure to get full access to the global financial system a year after it signed the nuclear deal with world powers has intensified domestic political infighting. It has also turned up the heat on President Hassan Rouhani, a pragmatist facing re-election next year, who has gambled on attracting foreign investment to help raise voters' living standards.

Under the deal, international financial sanctions on Iran were officially lifted in January this year and yet it has secured banking ties with only a limited number of smaller foreign institutions.

One senior Iranian official said Tehran was examining alternatives. "Iran will continue to work with small banks, institutions as long as major European banks are reluctant to return to Iran," said the official.

"Our estimation is that this uncertainty will continue for a few years. We are in talks with many countries, mainly China, Russia and African countries to widen our banking cooperation aimed at resolving existing banking, financial problems."

U.S. banks are still forbidden to do business with Iran under domestic sanctions that remain in force. European lenders also face major problems, notably rules prohibiting transactions with Iran in dollars - the world's main business currency - from being processed through the U.S. financial system.

Britain says it remains committed to tackling the banks' concerns, while the U.S. Treasury says it won't stand in the way of legitimate business with the country.

However, Iranian officials and foreign bankers believe the British political upheaval after last month's referendum has distracted governments in London and other European capitals, while the possibility that the shock will send the British economy into recession has deepened banks' caution yet further.

"Fear over Brexit's financial consequences have made Britain and other European countries more careful over their interaction with Iran. Most of them have adopted the policy of watch and see," another senior Iranian official told Reuters.

"The British banks and authorities have a very big problem to deal with and since the vote, they have been less eager about Iran and I can even say almost not interested. Of course, we believe we can still work with British banks and have told them so."

European banks have generally cited the U.S. elections as a political risk, while avoiding detailed comment on how a victory for the Republican nominee Trump might affect their business.

However, another Iranian official, who also declined to be identified, said the election and Trump's promise to tear up the Iran nuclear deal if he wins was complicating Tehran's efforts.

"Major European banks are worried about its outcome. An official from a German bank told us recently that they could not risk getting involved in Iran especially when Trump was a candidate," the official said.

Many large banks also fear breaking the remaining U.S. restrictions on Iran, including on dealing with the Islamic Revolutionary Guards Corps (IRGC) - a military force that has extensive business interests including through front companies.

"Banks appear to be increasingly reluctant to do business now with Iran," said a sanctions manager at a UK-based bank. "It's the unidentifiable IRGC links - there is extreme nervousness about that whole issue from a reputational risk perspective."

In June, FATF, a global group of government anti-money-laundering agencies, decided to keep Iran on its blacklist of high-risk countries. FATF did welcome Iranian promises to improve and called for a one-year suspension of some restrictions, but this did little to ease the banks' fears.

It's hard to quantify how much financing Iran has received since the sanctions were lifted but the sums are small by international standards.

"The first signs of a real economic improvement will not be seen before 2019, assuming everything goes smoothly," another Iranian official said. "This issue is crippling the economy, blocks the government's economic plans and that is why the government is pushing hard in many ways to resolve this issue."

Hardliners in Iran are blaming Rouhani's faction for the failure of the deal to deliver a swift improvement in living standards, at a time when prices for oil exports are low and the promised foreign investment has yet to arrive.

"The government has to fight on two fronts: at home and abroad. Rivals of the president do their utmost to weaken him, by criticising the shortcomings and the slow pace of economic improvement," a separate official close to Rouhani said.

The search for alternatives is on. The top adviser to Supreme leader Ayatollah Ali Khamenei has been to Russia several times since the nuclear deal, while Foreign Minister Mohammad Javad Zarif has also visited African countries in recent days, with Iran expressing willingness to boost economic cooperation.

A failure to revive the economy may boost the hardliners who are much more hostile to the West than Rouhani's faction. But any pressure from Western governments on the banks to play ball seems to have achieved little.

The Royal Bank of Scotland declined to comment, but Lloyds Bank said it was mindful that "Iran remains a higher risk country with which to do business".

Standard Chartered said it will not "undertake any new transactions involving Iran or any party in Iran". HSBC reiterated it had no intention of doing any new business involving the country.

A source close to Barclays said a significant number of U.S. citizens held senior roles at the bank and it also offered banking services through its U.S. operations. Iran also presented a higher money laundering and terrorist financing risk, so the bank continued to restrict business activity with the country, the source said.

A senior manager with a German bank confirmed the lack of interest despite the German government's views.

"Berlin is not amused that German banks are so reserved in doing business with Iran," the manager said. "If there is no progress in Iran, there is a risk that the Iranian government comes under pressure and that the hardliners get the upper hand. Iranian hardliners have argued for a long time that you can't do a deal with the West."

KEEPING BELOW THE PARAPET

A U.S. Treasury spokeswoman said Treasury officials were not going to stand in the way of permissible business activities with Iran. They had travelled worldwide to provide guidance to governments, companies, and financial institutions, she noted.

On July 12, Britain's Foreign Office said a meeting between Iran's central bank, the U.S. Treasury, British officials and international banks in London had been postponed.

The resignation of prime minister David Cameron following the Brexit vote and a cabinet reshuffle by his successor Theresa May, who took office on July 13, has complicated matters.

"The new government has bigger priorities related to Brexit and the impetus to push the banking issue is likely to take more of a back seat now. Iran relations will also be affected by officials moving to other offices due to Brexit," a Western source said.

A Foreign Office spokeswoman said it was in both countries' interests that legitimate business was supported. "Some challenges remain, but we are committed to working through them with international partners, Iran, and the banking community," she said.

A British trade visit to Iran scheduled for May was postponed. Banking sources said this was partly due to bankers' reluctance to join it.

A British official said the new government was keen for the visit to go ahead this year.

But the UK sanctions manager was sceptical: "I would be hugely surprised if any of the UK banks would go. I do not think any of the banks want to stick their head above the parapet."

IRAN WILL NOT FREEZE