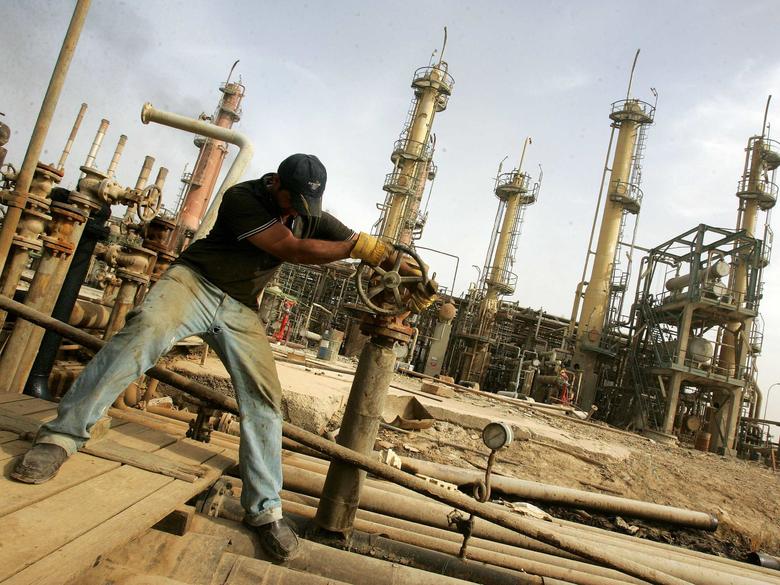 According to REUTERS, Iraq's oil exports from its southern ports rose to 3.2 million barrels per day (bpd) on average in July, up from 3.175 million bpd in June, as the OPEC nation increased crude production, Iraqi oil officials said.

Output at the Luhais field, operated by state-run South Oil Company, increased by 10,000 bpd to 90,000 bpd in July, according to a company official.

Fields operated by foreign companies in southern Iraq also contributed to the July increase, he said.

The southern region produces most of the OPEC member's crude oil. The northern Kurdish regional government exports about 500,000 bpd through a pipeline to the Turkish port of Ceyhan, on the Mediterranean, but that is done independent of the central government in Baghdad which oversees crude sales from the south.

Iraq reaped $3.744 billion from oil exports in July, Oil Ministry spokesman Asim Jihad said in a statement. He said average production for the month was over 3.202 million bpd.

Iraqi officials and oil analysts expect further growth in the country's exports this year, although at a slower rate than in 2015 when it was the fastest source of OPEC supply growth.

Iraq last year boosted production by more than 500,000 bpd, despite spending cuts by companies working at the southern fields and conflict with Islamic State militants.

This year, Iran has provided the biggest rise in supply from the Organization of the Petroleum Exporting Countries as it recovers from Western sanctions.

The July output increase in Iraq comes despite a pipeline leak that shipping and trade sources said prompted a brief suspension of loadings at two of the southern terminals. The Iraqi oil ministry said on July 11 the leak was repaired.