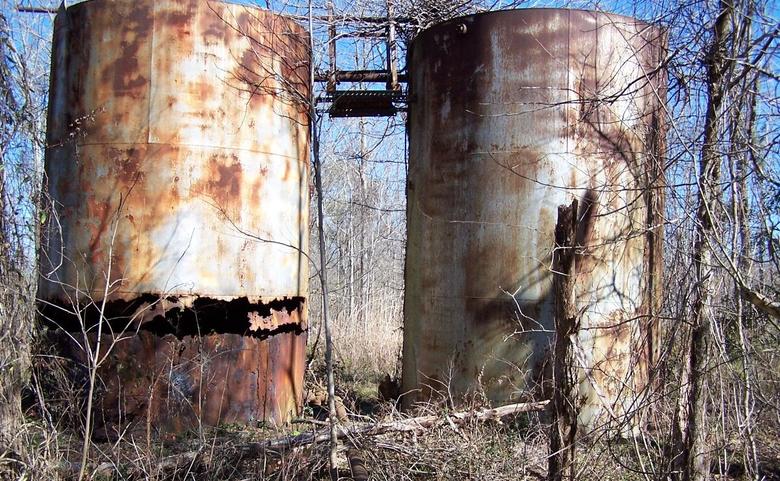 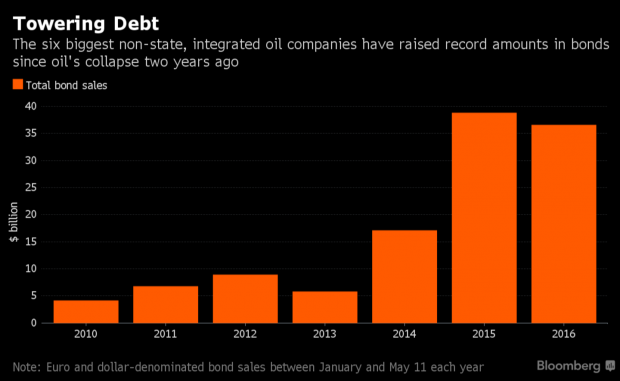 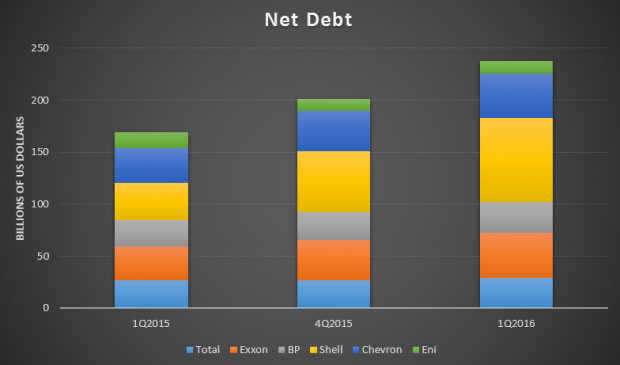 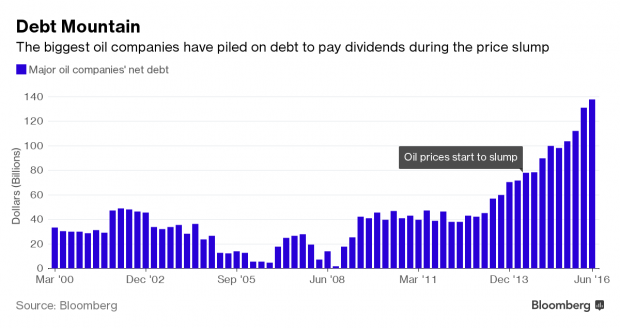 According to BLOOMBERG, When commodity prices crashed in late 2014, oil executives could look at their mining counterparts with a sense of superiority.

Back then, the world's biggest oil companies enjoyed relatively strong balance sheets, with little borrowing relative to the value of their assets. Miners entered the slump in a very different state and some of the world's largest -- Rio Tinto Plc, Anglo American Plc and Glencore Plc -- had to reduce dividends and employ draconian spending cuts to bring their debt under control.

Two years on, you could excuse mining executives for feeling smug. As crude trades well below $50 a barrel, Exxon Mobil Corp., Royal Dutch Shell Plc and other oil giants have seen their debt double to a combined $138 billion, spurring concerns they'll need to keep slashing capital spending and that dividend cuts may eventually be necessary.

Worse, the mountain of debt, which has grown tenfold since 2008, is likely to increase further in the third and fourth quarters, executives and analysts said.

"On the debt, it may go up before it comes back down," Shell Chief Financial Officer Simon Henry told investors last week. "And the major factor is the oil price."

The problem for Big Oil is simple: Companies are spending a lot more than they're earning. Both West Texas Intermediate and Brent crude, the two most prominent benchmark grades, slid into bear markets this week after falling more than 20 percent since early June.

Take Chevron Corp. In the first half of the year, it generated $3.7 billion pumping crude, refining it and selling gasoline and other products. But that wasn't enough to cover the $4 billion it paid to shareholders over the same period, let alone the $10 billion it invested in projects. Although Chevron tried to close the gap by selling $1.4 billion worth of assets, it still had to take on $6.5 billion in new debt over six months.

The imbalance explains why the debt load has grown so quickly over the last decade. Before oil prices plunged in mid-2014, Big Oil had around $71 billion in net debt, up from a low of just $13 billion in mid-2008, when oil prices hit a record high of nearly $150.

Debt levels are currently rising at an annual rate of 11.5 percent, more than double the 5.1 percent witnessed between 2009 and 2014, said Virendra Chauhan, an oil analyst at consulting firm Energy Aspects Ltd. in Singapore.

"Whilst credit markets have been expansive and accessible during this time period, investor concerns about the sustainability of this trend are valid," he said.

For some oil bosses, including Shell Chief Executive Officer Ben Van Beurden, reducing debt is now the main priority, ahead of paying shareholders dividends and investing in new projects. His company's debt has risen especially fast after borrowing to finance the $54 billion acquisition of gas producer BG Group Plc earlier this year.

Yet, the oil companies have been able to take on more debt fairly easily because ultra-low interest rates allow added borrowing without risking credit rating downgrades.