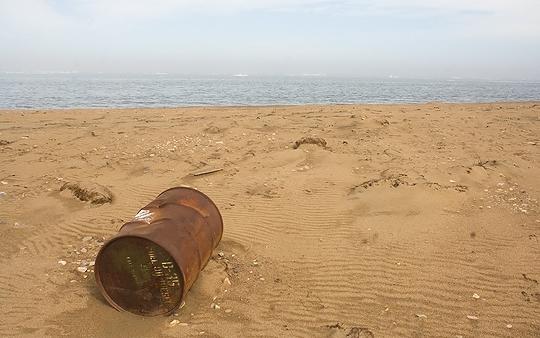 According to WSJ, oil prices made their biggest gains in three weeks Wednesday with help from a surprisingly large draw on gasoline stocks and a bear-market rebound.

Oil plunged into a bear market this week, but the low prices have lured in bargain-buyers and convinced some bearish traders to close out and lock in profits, leading to sporadic rebounds. That is likely responsible for a large part of Wednesday's gains, along with some help from data showing a drain on U.S. gasoline stockpiles that was 10 times as large as expected, traders and brokers said.

Light, sweet crude for September delivery settled up $1.32, or 3.3%, at $40.83 a barrel on the New York Mercantile Exchange. It was the largest gain since July 12 and brought the U.S. benchmark within 16 cents of exiting bear-market territory. Brent, the global benchmark, gained $1.30, or 3.1%, to $43.10 a barrel, snapping a five-session losing streak.

So many have been betting against oil prices in recent weeks because of a persistent glut, that when they buy contracts to close out their position it can send the market higher, brokers and analysts said. Many investors have also said they are more interested in buying oil and less interested in selling the further it falls from $50 a barrel. Many U.S. producers can now break even at prices near $50, but many fewer can do that at $40, traders said, leading them to believe prices around $40 or below can reduce supply.

"It's just a market that's deeply oversold," said John Saucer, vice president of research and analysis at Mobius Risk Group in Houston. "And I don't think there's many people feeling that selling $39 crude is that good a trade."

Data released Wednesday by the U.S. Energy Information Administration also showed gasoline stockpiles fell by 3.3 million barrels, compared with expectations of just a 300,000-barrel draw. Gasoline has drawn special attention from traders in recent weeks as stockpiles are at near-record levels and cargoes have been backed up world-wide.

A glut in those oil products has been the main driver for the crude price collapse, analysts said. Although demand for refined products in some regions is at a record high, domestic production in some countries, such as China, has stepped up, increasing the volume available for exports and overwhelming even record demand.

But despite the draw on gasoline stocks, total petroleum products still added 2.1 million barrels to commercial stockpiles, up to a total of 1.4 billion. Crude stockpiles added 1.4 million barrels when analysts, brokers and traders had forecast a 900,000-barrel drain in The Wall Street Journal survey. And distillates in storage, including heating oil and diesel, grew by 1.2 million barrels, compared with expectations for a 100,000 drop.

"The gasoline number was a step in the right direction, that's for sure," said Scott Shelton, broker at ICAP PLC. "But we still can't draw crude, so the fact crude is up is still a mystery to me."

Several other brokers were also skeptical that the drain on gasoline stocks would be a big help. While large compared with expectations, it is still within historical norms and the market would need several more to drain off the high stockpiles, said Donald Morton, senior vice president at Herbert J. Sims & Co., who runs an energy-trading desk.

In Asia, many refiners are well stocked, with little appetite for fresh supply. A Citigroup estimate puts global gasoline inventories at around 500 million barrels. Refiners in China, Japan and South Korea are expected to scale back production to unwind their storage, said BMI Research analyst Peter Lee.

Refineries in the U.S. defied forecasters in The Wall Street Journal survey who had expected refineries to keep capacity flat this week. They increased it by nearly a full percentage point to 93.3% despite concerns about low margins and a gasoline glut, EIA said. "We're just cranking up this volume out of the refineries," Mr. Morton said, adding that it could eventually halt the rally. "I'm not impressed, to be honest with you."

Supply has also shown signs of staying high around the world. Russian crude exports were up in July, and production rose for the 24th month of year-over-year growth, the London-based analysts at Energy Aspects said.

Elsewhere, there are continued expectations that supply in Nigeria and Libya is likely to ramp up soon. Political issues that have clouded exports are being resolved, which could pave the way for an increase of the number of barrels on the market.