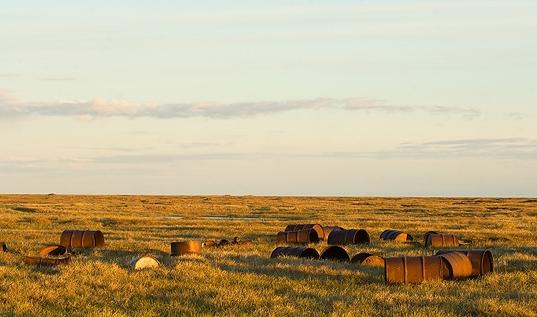 According to REUTERS, oil prices edged up on Tuesday after U.S. crude broke below $40 per barrel the previous session, but traders said fuel markets continued to be dogged by excess production.

International Brent crude oil futures were trading at $42.34 per barrel, up 20 cents from their last close.

Industry data shows that the global oil rig count for new production edged up in June for the first time this year, rising by two to 1,407, largely thanks to an uptick in U.S. drilling.

Actual production in the United States is also up slightly, according to government data.

Financial oil traders have taken note of the glut, with hedge funds taking on large volumes of bets that would profit from lower prices, known as shorts.

"Speculators increased their shorts by the biggest volume on record... for WTI crude..., dragging the net long position in WTI to its lowest since February," said Matt Smith of U.S.-based ClipperData.

"Another bearish development from the CFTC data has been gasoline positioning. Speculative positions in gasoline have moved to a record net short position as hedge funds bet on an ongoing gasoline supply glut," he added.

Analysts said that high production levels in crude and the refining sector would continue to weigh on markets after contributing to a 20 percent price fall since June.

As a result, refiners will likely reduce orders for new crude feedstocks.

The refinery run cuts are a result of low sector profits. Singapore's overall fuel refinery margins are at $3.53 per barrel, about one-third of their January highs.

In the longer term, however, analysts still think that the market will tighten, bringing supply and demand more in balance.

"The supply and demand balance will be tighter in 2017 and 2018," BMI said, although it added that high production and stock levels would prevent steep price rises.

With oil demand growth still strong despite slowing economic growth, drilling activity for future production also points to a tighter future market as industry data shows that global drilling for new crude remains at levels that have not been seen since the late 1990s.