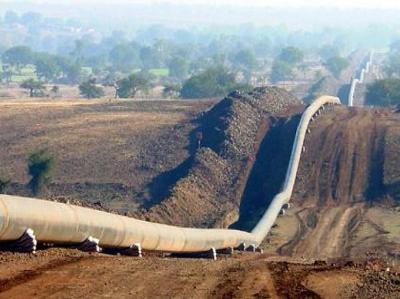 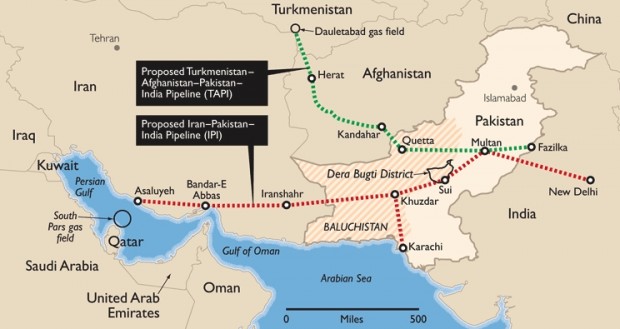 The $10bn Tapi project is aimed to carry 33bn m³/yr of gas to the participant countries by 2021. Ashgabat has an 85% stake in the challenging project, which equates to one third of the country's total yearly budget.

The 214-km corridor in Turkmenistan is being laid, and has reached 23 km, about 13 km more than mid-July.

"More than 7,500 meters of large-diameter pipes have been laid and welded in this corridor," said the agency. "Over 40 units of special equipment and construction machinery have been used in preparatory work."

According to the plan, pipe layers will lay more than 200 km of pipes, will build compressor stations on the track, and related facilities, such as water intakes and engineering networks, access roads, control stations, and will provide the track with power supply.

Alongside Tapi, Ashgabat is also looking at the Southern Gas Corridor (SGC) for gas deliveries to EU. Trend quoted a Turkmen official saying July 29 that Turkmenistan planned to hold a summit later this year for the leaders of Turkmenistan, Azerbaijan and Turkey to meet and discuss building a pipeline from Turkmenistan to Europe.

According to Turkmen government's official website, Nebit Gaz, the European Commission continues to adhere to and implement the Ashgabat Declaration from 2015 on cooperation in the energy sphere with Turkmenistan, Azerbaijan and Turkey. The EU initiative is aimed at weakening Russia's grip on Europe's gas supply by opening up new corridors, although so far Turkmenistan has preferred to sell its gas at its border, rather than create waves abroad.

Its hope of delivering gas through the Trans-Caspian pipeline project could be shot down by Iran and Russia as they could argue it breached international legal norms. But a more subtle plan is to deliver the gas across the seabed from rig to rig. Malaysia's Petronas has production assets in the Turkmen sector of the Caspian which could be transferred to rigs in the Azeri sector.

In the declaration on the development of energy cooperation, Turkmenistan, Azerbaijan, Turkey and the EU noted the need to intensify joint work on the preparation of the draft framework agreement on the supply of natural gas from Turkmenistan to Europe. On the basis of this document, a working group at the deputy energy ministry level was to try to solve organizational, legal, commercial, technical and other issues that blocked the flow.

Work on the Southern Gas Corridor (SGC) is under way in Azerbaijan, Turkey, Greece, Albania and Italy to transit 16bn m³/yr of Azerbaijani gas to EU by 2021 initially. The pipeline would increase gas transit amount to 31bn m³/yr by 2030s. Turkmen gas is considered as a possible source for additional gas deliveries to EU through SCG.