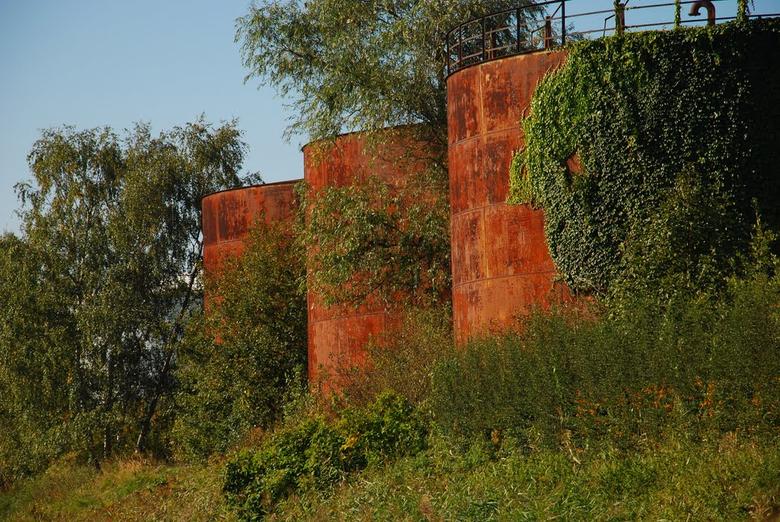 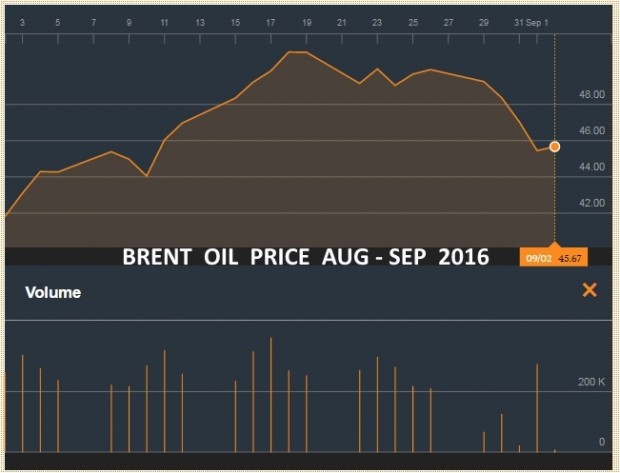 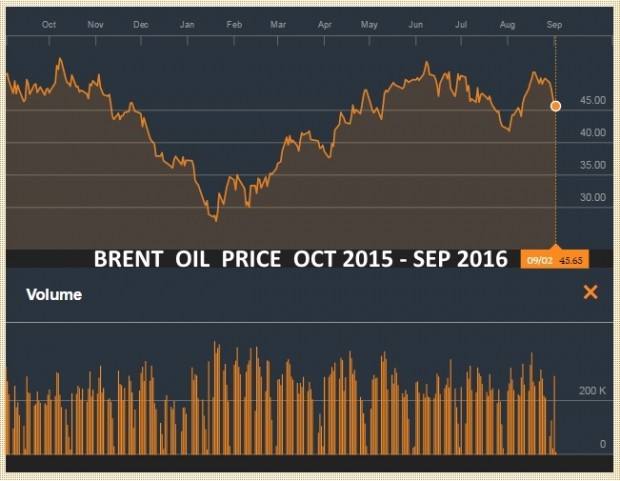 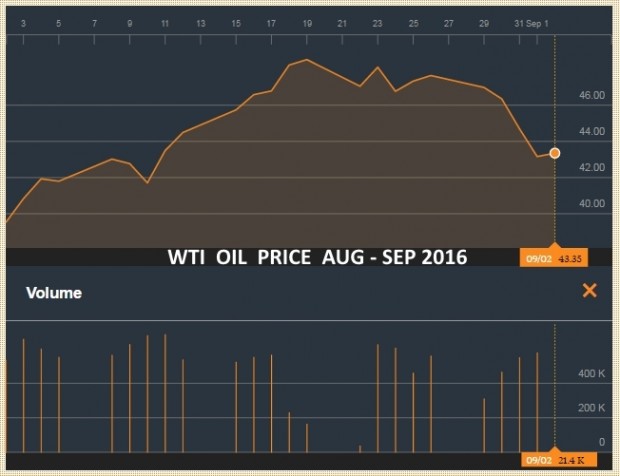 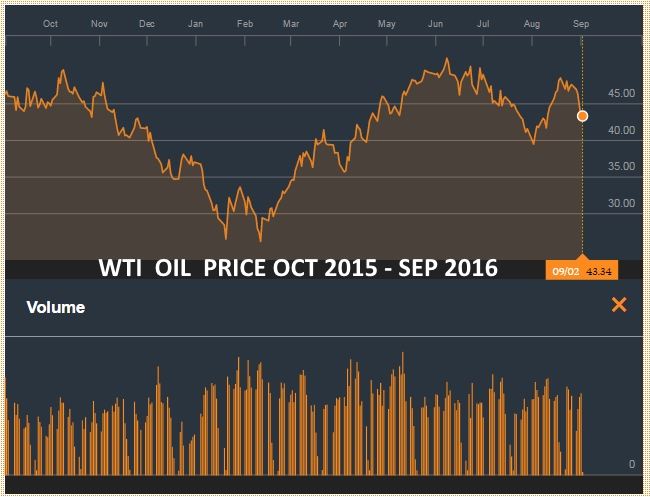 NASDAQ wrote, crude prices were pushed higher by bargain-hunters in Friday morning Asia trade, but prolonged oversupply and a stronger greenback are setting the global oil market up for the worst week since January.

On the New York Mercantile Exchange, light, sweet crude futures for delivery in October traded at $43.35 a barrel at 0358 GMT, up $0.19 in the Globex electronic session. November Brent crude on London's ICE Futures exchange rose $0.22 to $45.67 a barrel. Week-to-date, both benchmarks were last down by around 9%, the biggest slump since the week of January 10 when prices dropped 11%.

A hike in U.S. interest rates usually pushes the dollar higher. As oil is denominated in dollars, a stronger greenback lowers buying power for foreign traders. The WSJ Dollar Index, which measures the U.S. currency against 16 others, has risen 0.3% to 86.75 so far this week.

Conflicting comments from major oil suppliers have also added to the volatility. Several members of the Organization of the Petroleum Exporting Countries such as Iran and Saudi Arabia, have previously signalled they weren't enthusiastic of a production cap as prices are on a uptrend since plummeting to a 13-year low back in February.

Analysts also say that smaller OPEC producers whose oil operations were disrupted by monthslong militant attacks, such as Nigeria and Libya, are likely to reject an output cap until their productions are back to their normal range.

Earlier this week, Russia signalled it isn't interested in a production freeze now, given that prices are clawing back around the $50 a barrel threshold.

However, a flicker of optimism arose after Saudi's foreign minister Adel al-Jubeir on Thursday said he sees OPEC and non-OPEC producers moving towards the same direction. Iraq has also recently thrown in its weight behind a freeze.

"Talks about OPEC potentially reaching a consensus has largely fallen by the wayside because there have been no concrete follow-up actions to back up the rhetoric," said Vyanne Lai, an energy analyst at National Australia Bank.

"If no adjustment to imports is made, then inventories of crude oil could [continue to] balloon," said Tim Evans, a Citi Futures analyst.

In the short term, investors are eyeing the U.S. August jobs report due later today for directions. A solid growth in the U.S. job market will give the Federal Reserve more reasons to raise rates. Various estimates show U.S. companies added 177,000 to 180,00 jobs last month.

In the months to come, the market will be monitoring the development of the U.S. presidential election.

"With the implications of Brexit still largely unknown, ongoing shifts in the U.S. interest rate hike probability outlook and the U.S. election less than three months away, we expect uncertainly to continue," analysts at Societe Generale said in a note.

ICE gasoil for September changed hands at $402.50 a metric ton, up $0.50 from Thursday's settlement.