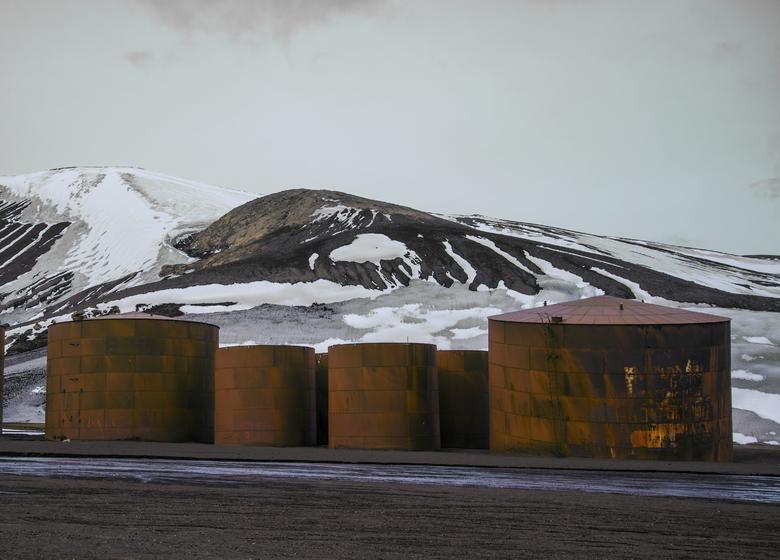 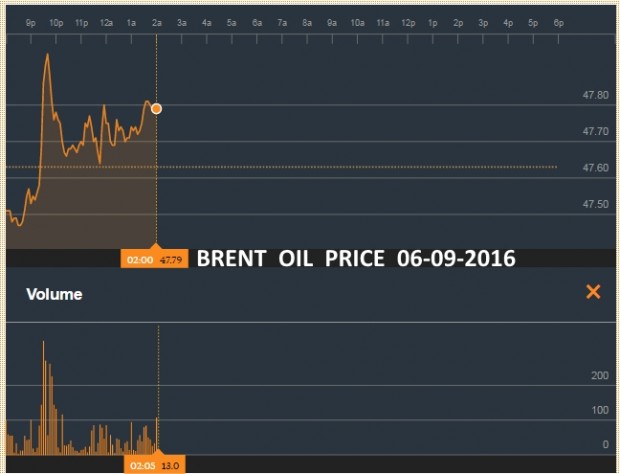 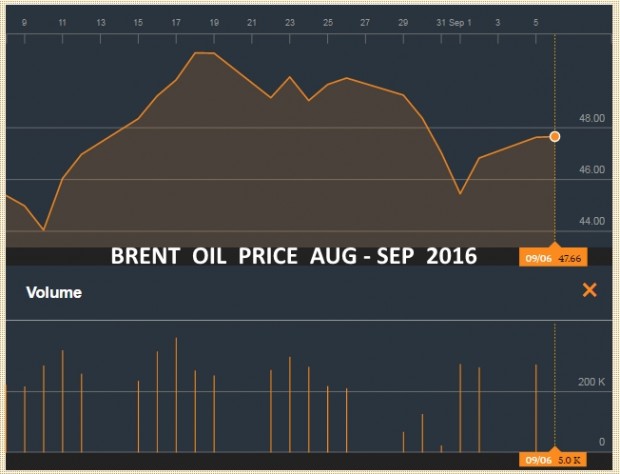 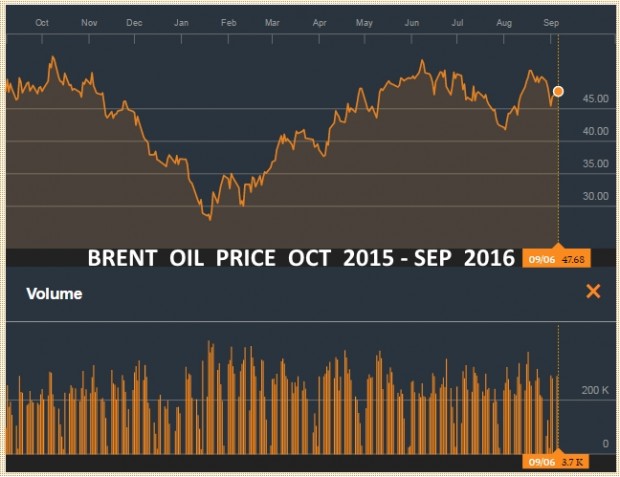 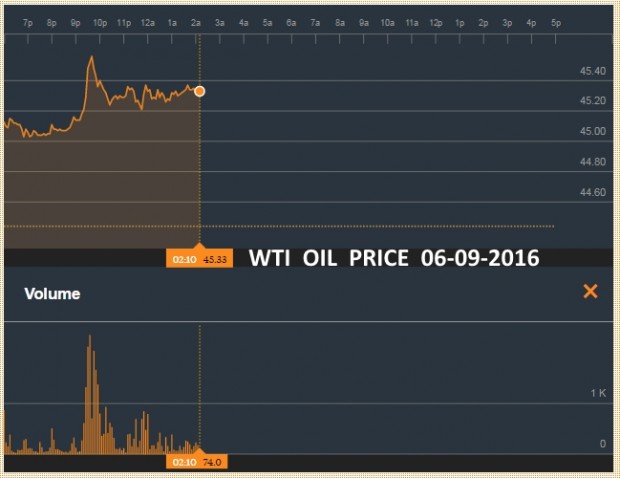 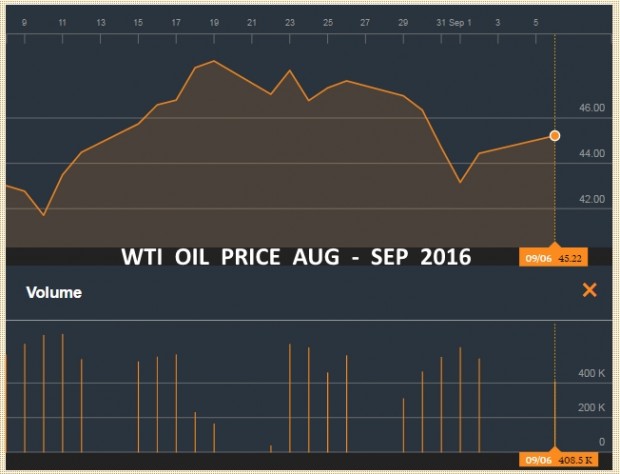 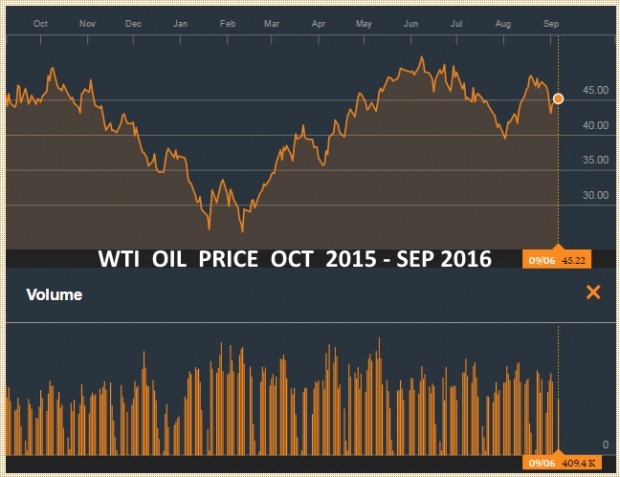 The news initially sent prices rising by as much as 5%, but futures pared their gains significantly before their close in New York. The two countries stopped short of outlining specific production cuts, and skepticism remains over whether any will be forthcoming, given a failure by major producers to strike deals on output cuts in recent years.

"Whether it's going to prove to be a toothless tiger or something with a little more force behind it remains to be seen" said Stuart Ive, a private client manager at OM Financial.

Saudi Arabia's willingness to join hands with Russia is further evidence of the trouble the biggest oil producer in OPEC is having in reaching any production agreements with Iran and other members of the group, Ive said.

"The Saudis were fed up with OPEC being the watchdogs of global prices ... and want more participation from non-OPEC members," he said.

Oil prices have spent most of the summer swinging between $40 and $50 a barrel, as a persistent oil glut continues to keep any big rally in check.