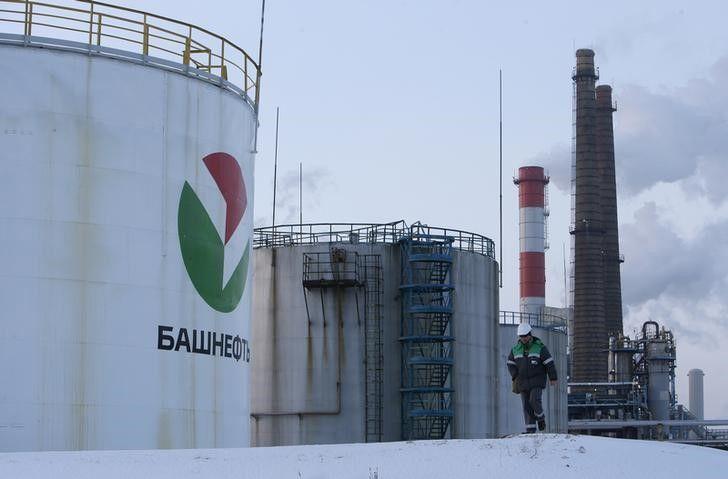 BOE wrote, global oil-market stability is impossible without the cooperation of Russia and Saudi Arabia, the world's biggest crude producers, the kingdom's influential deputy crown prince said, speaking with Vladimir Putin ahead of an OPEC meeting later this month.

Saudi Arabia hopes to work with Russia for stability in oil markets, Prince Mohammed bin Salman said Sunday in a meeting with the Russian president in Hangzhou, China. World leaders are gathering in China this week for a summit of Group of 20 nations. Russia and Saudi Arabia will meet with other producers in Algeria this month to discuss oil markets.

"Our countries are the two biggest oil producers, that's why there can't be a stable policy in the sphere of oil without the participation of Russia and Saudi Arabia," said Prince Mohammed, a son of the Saudi king. Putin said it is important for the two countries to "maintain a permanent dialogue."

Crude has gained about 6 percent since the Organization of Petroleum Exporting Countries said last month it will hold informal talks on oil prices and supply during a meeting of the International Energy Forum in Algiers. Producers have been discussing proposals to limit output and prop up crude after a glut cut prices by more than half from their 2014 peak.

Brent crude fell last week to $46.83 a barrel after a U.S. government report showed stockpiles in the country increased. OPEC in 2014 adopted a Saudi-led policy allowing members to raise output in an effort to protect market share from higher-cost producers like U.S. shale wells. Output for the group rose to a record in August, a Bloomberg survey showed last week.

Talks in April about a Saudi-Russian proposal to freeze output ended without an agreement in Doha, Qatar, after Iran, the group's third-largest producer, declined to attend the meeting and Saudi Arabia balked at any accord that didn't include all OPEC members. Putin said Thursday in an interview with Bloomberg that he'd like OPEC and Russia, producers of half of the world's oil, to reach a deal to freeze supply and he expects the differences over Iran's participation can be resolved.

"Russia and Saudi Arabia talking constructively about a production freeze is going to be bullish for the market, whether or not they actually follow through with it," Edward Bell, a commodities analyst at Emirates NBD PJSC, said by phone from Dubai.