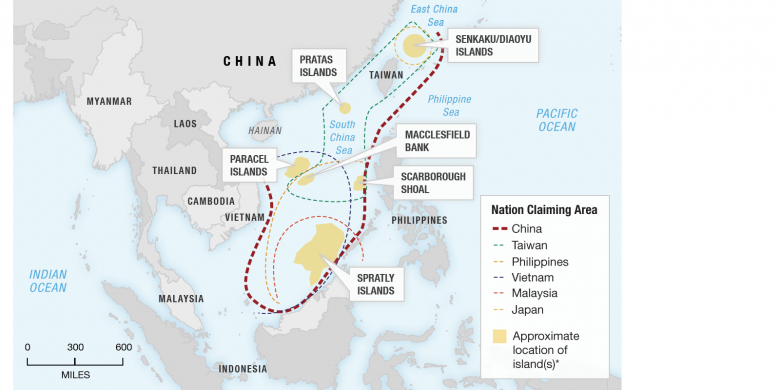 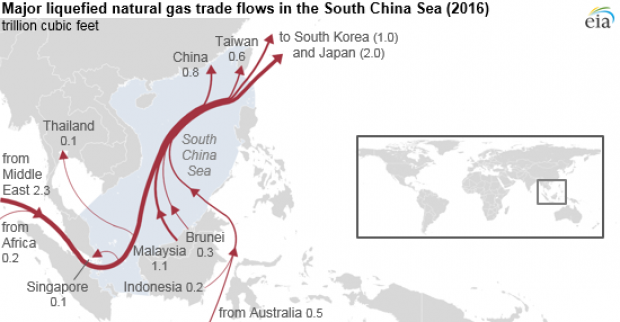 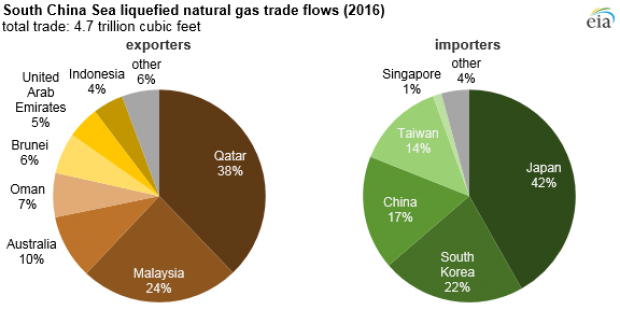 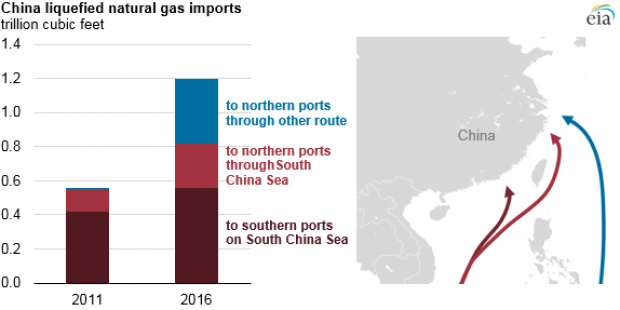 EIA - The South China Sea is a major route for liquefied natural gas (LNG) trade, and in 2016, almost 40% of global LNG trade, or about 4.7 trillion cubic feet (Tcf), passed through the South China Sea.

Several other LNG exporters also use South China Sea trade routes to reach LNG importers. In 2016, Oman, Brunei, and the United Arab Emirates shipped between 84% and 100% of their total LNG exports through the South China Sea.

More than two-thirds of China's LNG imports and more than 90% of Taiwan's LNG imports passed through the South China Sea in 2016. Total imports of LNG to China have more than doubled over the previous five years, from 0.56 Tcf in 2011 to 1.20 Tcf in 2016. However, more than half of the growth in China's LNG imports were volumes that went to northern ports without transiting the South China Sea. Based on projections in the International Energy Outlook 2017, EIA projects that China will surpass South Korea as the world's second-largest LNG importer by 2018 and nearly match Japan's level of LNG imports by 2040.