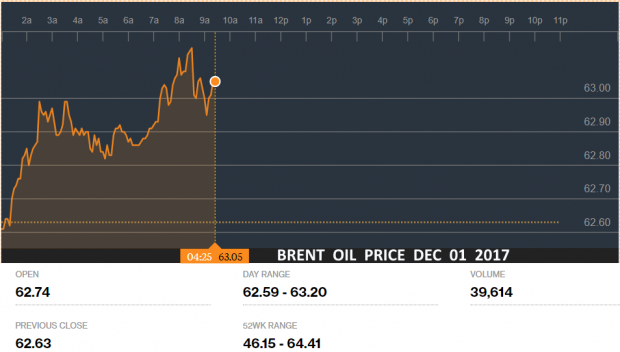 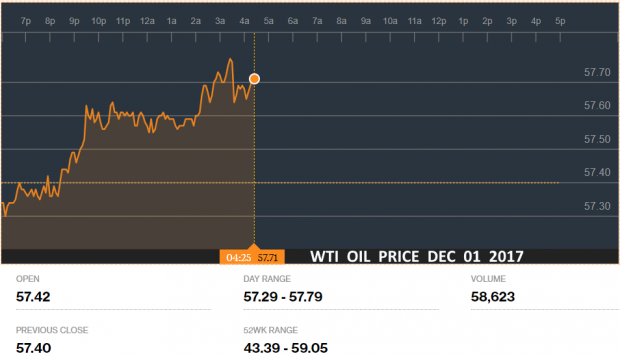 BLOOMBERG  - Oil extended gains after a third monthly advance as OPEC agreed to prolong production cuts through to the end of 2018 in an effort to drain a global glut.

Futures added 0.6 percent in New York after rising 0.2 percent Thursday. The nine-month extension was beefed up through the inclusion of Nigeria and Libya, two OPEC members originally exempted from the curbs. By keeping the 1.8 million barrels a day of cuts in place, the group aims to return stockpiles to their five-year average without overheating the market.

Oil has climbed about 22 percent since the start of September on tightening supplies and expectations the Organization of Petroleum Exporting Countries and its allies would prolong cuts past the end of March. U.S. output expanded to another record last week, highlighting the challenge ahead for OPEC and Russia as shale producers ramp up production amid rising prices.

"It's good to have Nigeria and Libya in the fold, but the market reaction has been fairly muted given the outcome was largely expected," said David Lennox, a commodity analyst at Fat Prophets in Sydney. "The focus now is on U.S. output. We're not going to see the oil price rally too much further because when it rises, we see much more activity from the U.S. producers."

West Texas Intermediate for January delivery was at $57.72 a barrel on the New York Mercantile Exchange, up 32 cents, at 7:50 a.m. in London. Total volume traded was about 16 percent below the 100-day average. Prices rose 10 cents to $57.40 on Thursday, capping a 5.6 percent gain for November.

Brent for February settlement climbed 43 cents to $63.06 a barrel on the London-based ICE Futures Europe exchange. The January contract expired Thursday after adding 46 cents, or 0.7 percent, to $63.57. The global benchmark crude was at a premium of $5.32 to February WTI.

U.S. oil production may climb by another 1 million barrels a day before the end of 2018 after the extension of the OPEC-led cuts, according to Barclays Plc. There is a "clear upside risk" to further output gains if current prices persist, the bank said. The nation pumped 9.68 million barrels a day last week, the highest level in more than three decades, according to government data. 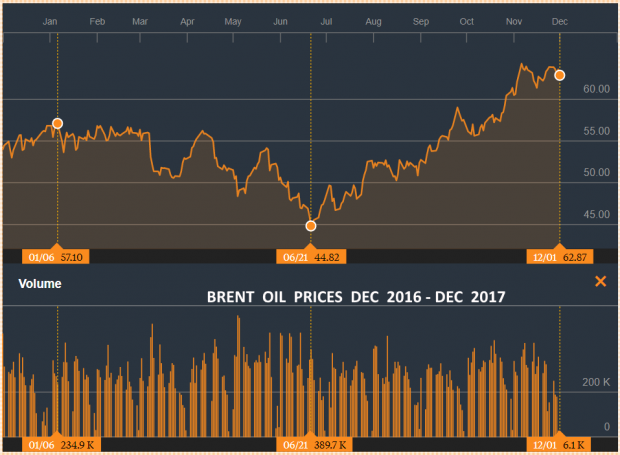 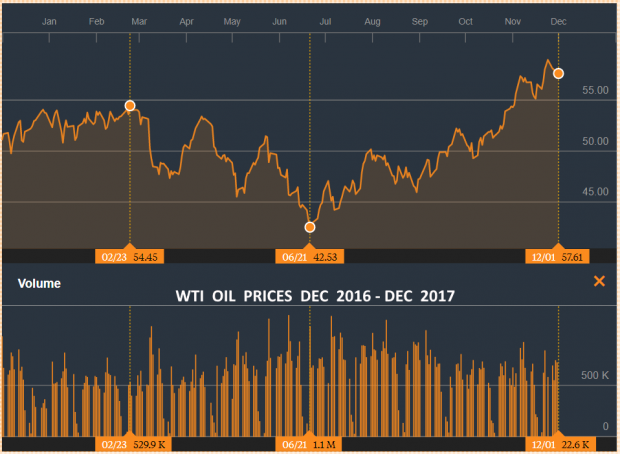 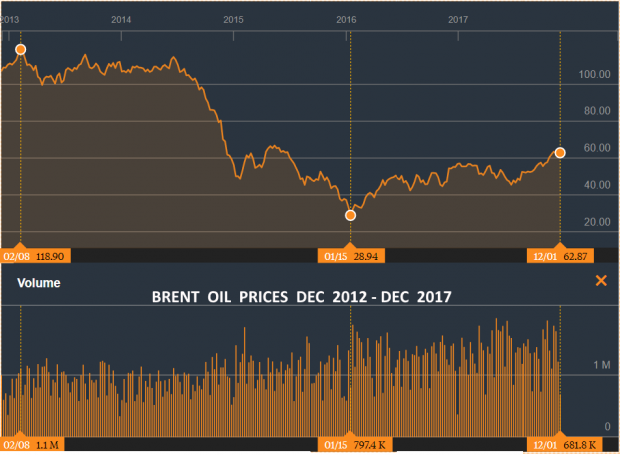 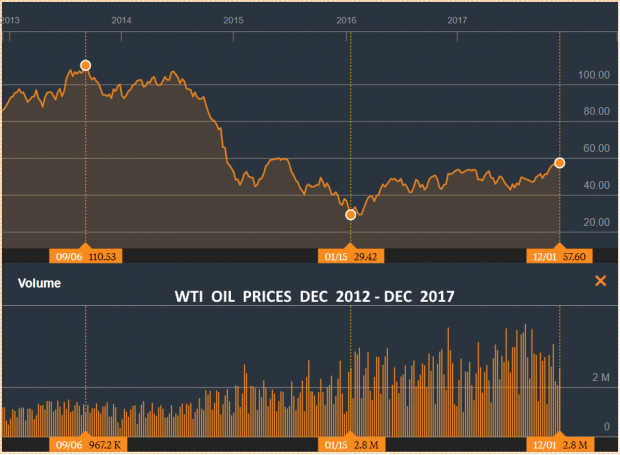