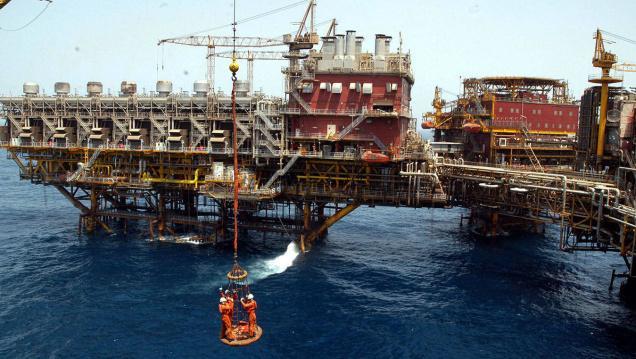 PLATTS - India is embarking on a plan to create a few integrated state oil firms by consolidating some of the existing ones, which is expected to help the firms absorb the shock of wild price fluctuations and strengthen them to compete in overseas markets, petroleum minister Dharmendra Pradhan said Wednesday.

Hours after India's finance minister Arun Jaitley presented the federal budget for fiscal year 2017-18 (April-March) in parliament, in which he announced the proposal to integrate state oil companies, Pradhan told S&P Global Platts in an interview that the government was looking at the option of creating multiple integrated state oil companies, not just one large firm.

"It's not going to be a merger of all oil public sector undertakings into one," Pradhan said. "It's an in-principle decision taken by the government to develop a few integrated state oil companies, which will have better risk management capacity and the clout to compete in international markets."

With India's oil demand showing no signs of slowing, which in turn is attracting a lot of multinational firms to set up shop in the country, the government is stepping up efforts to ensure that state-run oil companies are on equal footing to compete, not just with domestic private players but also with global oil firms.

BP, Rosneft, Trafigura, and Saudi Aramco are all keen to get a share of the growing Indian oil market and have either entered or looking to enter into business arrangements of some kind in the country.

BP has been given the go-ahead by the government to set up retail fuel outlets in India, becoming the second global major after Shell to venture into what has become the world's fastest growing oil demand center.

Rosneft and a consortium led by Trafigura have jointly bought Essar Oil, a deal which gives the companies an opportunity to expand their footprint in India's growing retail fuel market. Saudi Aramco is also in talks with the government to make inroads into the country's retail sector.

"If a public sector company is involved only in upstream activity, it suffers badly during a period of low oil prices. If a company is only in refining, margins are hit during a period of high oil prices. But if we can merge some of those companies to create integrated ones which can get involved in the entire chain -- upstream, midstream and downstream -- they can do cross hand-holding better. That will give them the edge," Pradhan said.

"Therefore, we are looking at various pockets within the public sector oil undertakings, which can be clubbed together," he added.

Work on the integration process had started following the announcement by the finance minister on Wednesday, he said.

"We are aiming to finish the integration process by the end of the new financial year ending March 31, 2018," Pradhan said, but he did not elaborate which specific state-run oil companies would be brought together.

The cocktail of low global crude oil prices and galloping domestic demand prompted the petroleum ministry to carve out a detailed plan that will help the country's strategic oil reserve storage capacity to more than triple over the next five years.

Under the first phase, India has set up strategic petroleum reserves, or SPRs, in three locations -- Visakhapatnam, Mangalore, and Padur -- in southern India, having a combined capacity of 5.3 million mt, or 38.8 million barrels.

Pradhan said the government would soon start work on the second phase of expansion, which would involve setting up two new larger storage facilities, each with about 5 million mt of capacity, in the eastern state of Odisha and in the northwestern state of Rajasthan.

"The funds for the second phase of storage expansion has been approved. We are going to move ahead on those projects very soon," Pradhan said. The minister had earlier said that building the two new facilities in the second phase would involve a total cost of about $2 billion.

Pradhan said that until now, only state oil companies had been filling strategic storages with oil, but the government was talking to its long-term crude suppliers and strategic partners to step in and use the country's storage facilities.

"We have asked some leading financial institutions to work on a business model that would help to attract overseas firms to use our storage facilities," Pradhan said.

Last month, India and the United Arab Emirates reached an agreement to develop a framework for strategic storage of crude in India to meet demand in the event of any disruption to supplies.

India, in its federal budget, also announced the decision to cut import duty on LNG to 2.5% from 5% to encourage the use of gas in the country. The revised rate will come into force when the new fiscal year starts on April 1.

"We are taking an integrated approach to develop a gas-based economy," Pradhan said. "While we are aiming to sharply boost our regasification facilities, we are also laying about 15,000 km of pipeline to ensure that we develop a solid infrastructure network to support that effort."

Pradhan had earlier said that India would aim to raise the share of gas usage in the energy basket to 15% from 6.5% currently in the next three to four years.

India's share of natural gas in the energy basket is low compared with the global average of 24%.

New Delhi plans to more than double its LNG imports to 50 million mt by 2020 from 19.2 million mt in 2016, according to data from Platts Analytics. Indian LNG demand is expected to grow 38% year on year in 2017 as infrastructural and regulatory barriers are eased while contractual LNG volumes are raised.

New Delhi is also making a concerted effort to lower its reliance on imported crudes with the government focusing on boosting domestic oil and gas production, promoting renewables, and improving the refining process, at a time of increasing demand.

"The whole world is looking to India for the incremental energy demand growth. In 2017, we expect oil demand to grow by double digits. Therefore we have to find innovative ways to meet that demand growth," Pradhan added.