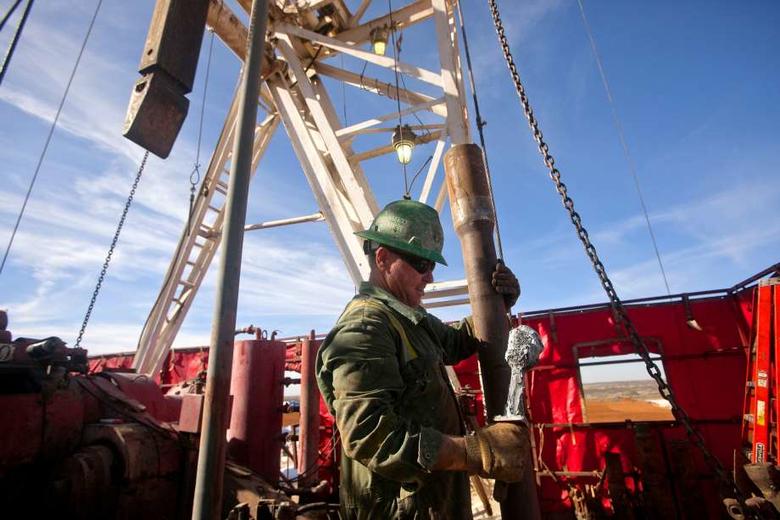 REUTERS - U.S. oil and natural gas producers added jobs in December and January as drillers continued to return to the well pad with crude prices holding near 18 month highs, according to U.S. jobs data on Friday.

Oil and gas extraction jobs increased by 100 to 177,400 in January, while support services jobs increased by 600 to 195,200 in December, its second increase in a row, according to U.S. Bureau of Labor Statistics (BLS) data.

The energy data was contained in a Labor Department report that also said U.S. nonfarm payrolls increased by 227,000 jobs last month, the largest gain in four months, while the unemployment rate rose one-tenth of a percentage point to 4.8 percent.

The BLS only has support services jobs data through December, while oil and gas extraction data is available through January.

Energy firms cut more than 165,000 jobs over the past two years as they slashed the number of rigs drilling for oil from a peak of 1,609 in October 2014 to a six-year low of 316 in May, according to statistics from Labor and energy logistics firm Baker Hughes Inc..

Those cuts came during the biggest price rout in a generation, in which U.S. crude futures collapsed from over $107 a barrel in June 2014 to around $26 in February 2016 due to a global oil glut and lackluster demand for the fuel.

Crude prices have since more than doubled from their February low to around $54 a barrel as the Organization of the Petroleum Exporting Countries (OPEC) and non-OPEC producers agreed to reduce output during the first half of 2017 in an effort to stem the oversupply.

Analysts said U.S. exploration and production (E&P) companies responded to those higher prices by adding around 250 oil rigs over the past eight months, with even more spending expected on drilling over the next year or two.

Analysts at U.S. financial services firm Cowen & Co said this week in a note that capital expenditure tracking showed 31 exploration and production (E&P) companies planned to increase spending by an average of 36 percent in 2017 over 2016.