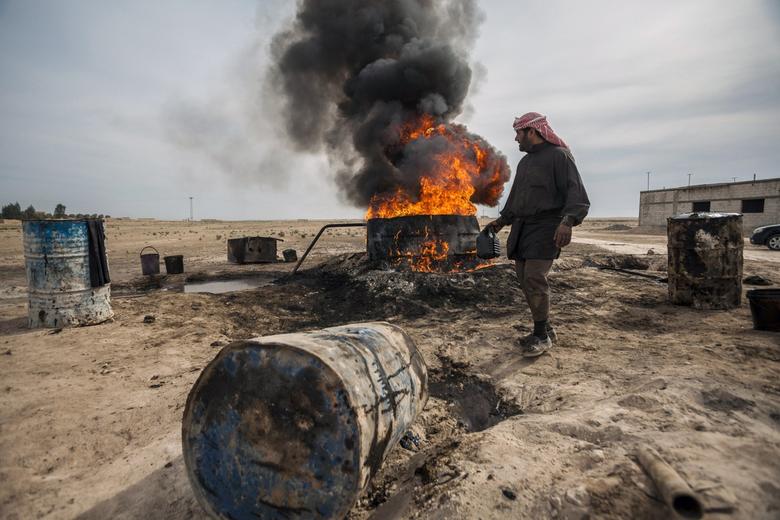 FT - Crude oil flows from the Kirkuk fields in northern Iraq were briefly disrupted on Thursday after a Kurdish faction seized a pumping facility in protest at the policies of Baghdad and Erbil, adding a new threat to Iraq's attempts to comply with Opec's agreed cuts.

Officials from the Patriotic Union of Kurdistan (PUK), one of the oldest political parties within the Kurdistan Regional Government (KRG), said its forces had stormed the Baghdad-controlled facility and would shut down operations again unless they were given greater control over Kirkuk oil sales.

The protest highlights growing tensions as Baghdad tries to find ways to curtail the amount of oil flowing into the market under an agreement with the Opec cartel and major producers such as Russia to restrain production and increase prices.

In recent weeks up to 50,000 barrels a day of Kirkuk crude has been diverted away from export markets under a loose agreement between Baghdad and the semi-autonomous KRG government in Erbil.

KRG officials have said the crude is being refined before being sent to support Iraqi forces fighting to liberate Mosul from Islamic State, but analysts say rival factions in north of the country believe they are not being compensated for the crude.

Aso Mamand, the head of PUK's office in Kirkuk, said on Thursday that Baghdad was exploiting Kirkuk's oil "for the rest of Iraq while our people are in desperate need for it".

"We will give Baghdad one week to retract its decision" Mr Mamand said. "If Baghdad does not meet our demands within one week, we will expel North Oil Company's officials. The Kurdistan Regional Government also exploits the people of Kirkuk."

The PUK is one of the main rivals to the Kurdistan Democratic Party, which has had an uneasy truce with Baghdad over northern exports of crude for the past two years.

An agreement in 2015 saw Baghdad's North Oil Company produced crude from Kirkuk exported on the Kurdish-controlled pipeline to the Turkish port of Ceyhan, bolstering supply from the north of the country to well more than 500,000 barrels a day.

Despite industry doubts, Iraq has tried to comply with Opec's production targets that began at the start of this year to try to help the market recover, but its decision to redirect exports from Kirkuk is stoking tensions in the north of the country, analysts say.

"This [protest] is about local oil sales and who gets the NOC local oil diverted from Ceyhan," said Alan Mohtadi of T&S Consulting, which advises oil companies operating in the semi-autonomous region.

While flows from Kirkuk, which produces about 150,000 barrels a day, resumed after a few hours on Thursday, analysts are cautioning that further disruptions cannot be ruled out.

Further tensions between both Kurdish factions and Baghdad could fracture the fragile detente that has allowed crude produced in the semi-autonomous region to become a growing part of international oil markets through the KRG's pre-pay deals with traders such as Vitol, Trafigura, Glencore and Russia's Rosneft.

"I think this is just the beginning," said Kamal Chomani, a political analyst in Erbil. "The PUK and the people of Kirkuk feel they are being exploited by the two governments."

IRAQ: OUT OF DEAL