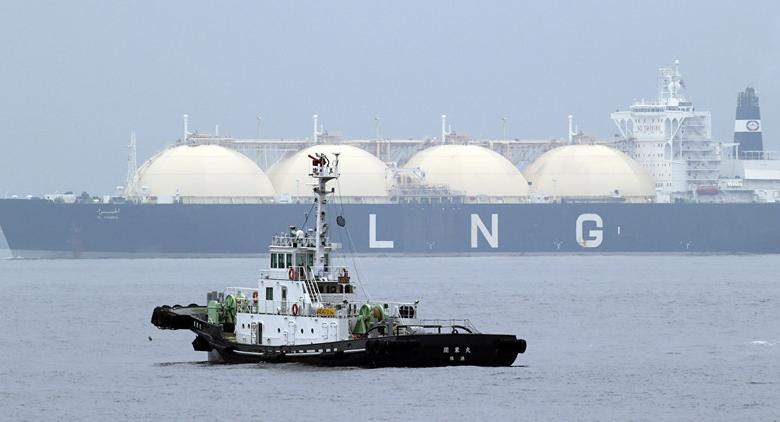 REUTERS - The world's gas industry is descending on Tokyo this week with something other than cherry blossoms on its mind: a trio of Asian LNG buyers testing their collective muscle in a push for more flexible long-term contracts for the fuel.

Korea Gas Corp (KOGAS), Japan's JERA and China National Offshore Oil Corp (CNOOC) [SASACY.UL] - whose joint liquefied natural gas volumes account for a third of global LNG trade - are attempting to cement a shift in power from producers to importers amid a supply glut that is expected to persist into the early-2020s.

Developing responses from LNG producers to the group's alliance may also soon start to give clues as to who will win advantage as the fuel surplus puts pressure on suppliers to give buyers greater contractual freedom than they have had since the industry first began to ramp up in the 1970s.

"Destination clauses will probably die soon under the pressure of buyers and the growing needs for flexibility," said Anne-Sophie Corbeau, a research fellow at the King Abdullah Petroleum Studies and Research Centre (KAPSARC) in Saudi Arabia.

No meetings between the three buyers and major producers such as Royal Dutch Shell, Chevron and Qatargas have yet been confirmed at the Gastech biannual industry gathering, but representatives of all are certain to be in attendance, and other delegates are sure to be watching to see what happens when their paths cross.

North Asian LNG buyers - including those agreeing last month to explore joint purchases of supplies - have for decades relied on rigid long-term contracts that prevent cargo resales because the main priority was security of supply as energy demand soared amid double-digit economic growth.

But a slowdown in Asian growth over the past few years, especially in top two buyers Japan and South Korea, and impending liberalization of gas and power markets mean dominant utilities are now often stuck with surplus cargoes they cannot resell amid stagnant or shrinking demand at home.

Last year for instance, global installed LNG capacity was over 300 million tonnes a year, while only about 268 million tonnes of LNG were traded, according to Thomson Reuters data.

JERA and KOGAS have both indicated they aim to ink only future contracts that have more flexible terms, but it remains unclear if they or other Asian buyers plan to force existing contracts into arbitration.

Many LNG producers have so far declined to comment on the rising threat from more aggressive buyers, although Australia's Woodside Petroleum suggested last week that flexibility in long-term contracts would eventually lead to a more liquid market.

Another disrupting force in the LNG market could be the emergence of importers like Pakistan that utilize floating storage and regasification units, who would also be small-scale buyers seeking shorter-term contracts.

"There are more new types of players coming into the market so it's no longer the long-term bilateral type of dedicated deals between utilities and exporters, but we're seeing a more flexible and liquid market developing," Keisuke Sadamori, director of energy markets and security for the International Energy Agency, told Reuters.

Asia, which accounts for about 70 percent of the world's LNG demand, is poised as well to benefit from rising U.S. exports that are on track to make the United States the third-largest exporter of LNG next year.

U.S. LNG is attractive to Asian buyers as cargoes have no destination restrictions that prevent them from being resold when domestic power demand is weak.

"This growth (in spot and short-term contracts) is driven by several factors including ... the Japanese gas and power sector deregulations, (and the) uncertainty of LNG demand in Japan and Korea given potential nuclear power plant re-starts," said Marc Howson, LNG Senior Managing Editor at S&P Global Platts.

The emergence of price-sensitive buyers in India and China is also driving the market towards more spot trade, Howson said.

India does not rule out the possibility of joining the China, Japan and Korea grouping to jointly buy LNG to extract better deals, the country's Oil Minister Dharmendra Pradhan said last month, adding that the market was gradually becoming more consumer-centric.