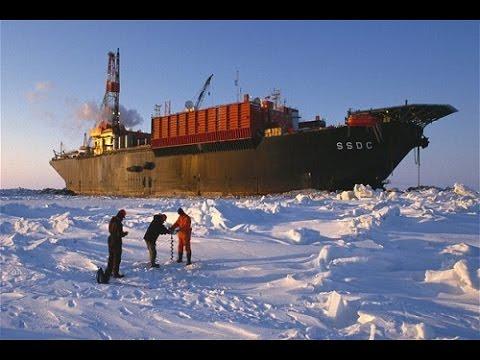 FT - Russia's Rosneft will this week take custody of its first independently sourced cargo of Kurdish crude oil from Turkey's port of Ceyhan, a key step in its strategic push into Middle East energy markets and its attempts to expand trading.

The world's largest listed oil company by output has spent the past four months trumpeting agreements to buy oil from Egypt, Libya and Iraqi Kurdistan, drilling exploration wells in southern Iraq and considering opportunities in Lebanon, as it chases deals to fuel its fledgling international expansion.

Controlled by the Russian state and historically focused on domestic assets, the company's foray into the Middle East has coincided with the Kremlin's efforts to position itself as a powerbroker in the region, through its military intervention in the war in Syria that tilted that conflict in favour of the Assad regime and its active role in Libya's transition from civil war.

Run by Igor Sechin, a close ally of Russian president Vladimir Putin, Rosneft has previously found its attempts to build a full-scale oil trading business hampered by sanctions, frustrating efforts to get anywhere near the influence of major global players such as BP, Shell or Total.

A bid to buy Morgan Stanley's physical oil trading business fell apart after the imposition of western sanctions over Russia's invasion and annexation of Ukraine. Since then it has worked with commodity traders Trafigura and Glencore, but has stepped up its private efforts in recent months amid a need to find new sources of crude to supply its refineries in Germany and newly acquired assets in India.

"There are political advantages to making a rapid sequence of deals that closely align with Russia's broader priorities in the Middle East," said Richard Mallinson, geopolitical analyst at Energy Aspects. "But they can say with a straight face that this is also commercial — they are not just throwing money away on political projects."

Late last year Rosneft sold a 20 per cent stake to a consortium of Glencore and the Qatar Investment Authority through a complex and opaque arrangement. It was seen as motivated, in part, by a desire to build ties between Moscow and the wealthy Gulf state that has backed anti-Assad forces in Syria.

Since then Rosneft has struck deals to buy between 20m and 35m barrels from Libya's National Oil Corporation in 2017, and between 15m and 25m from Iraq's semi-autonomous Kurdistan region each year between 2017 and 2019, people briefed on the agreements told the FT. The Libyan NOC and Kurdistan Regional Government declined to comment on the agreement details.

A large proportion of that will be sent to Rosneft's refineries in Germany to replace supplies lost in the dissolution of a joint venture with BP at the start of this year. The new Middle East supplies have also been earmarked to meet the company's new refining capacity in India following Rosneft and Trafigura's $13bn acquisition of Essar Oil in October.

"Rosneft is constantly looking at efficient sources of crude both for its refining assets and expanding its trading arm," a spokesman for the company said. "If the economics of such a potential deal should prove profitable, the company will be eager to acquire more crude from the [Middle East]."

Rosneft bought its first cargo of Egyptian crude in March, four months after paying $1.1bn to buy a 30 per cent stake in the country's giant offshore Zohr gasfield. It is also considering taking part in an upcoming bidding round for offshore licences in Lebanon, a company official said.

The new supplies are set to swell its annual amount of crude refined outside Russia by more than 50 per cent this year, from around 90m barrels in 2016. That is small compared with the 8m barrels of crude and refined products Shell's trading division handles daily, but Rosneft is keen to steadily expand its Geneva-based trading operation.

"Our trading is still being developed . . . We're definitely not Trafigura or Vitol," Otabek Karimov, Rosneft's vice-president for commerce and logistics, said at a Financial Times conference last week. "We're trying to build a model that will efficiently monetise our production worldwide and build a system that creates the biggest return."

The company's recent forays into the Middle East market, with the backdrop of Moscow's increasingly geopolitical clout in the region, has sparked suggestions it could be seeking to build a substantial presence on the ground, especially in Libya which is seeking to attract $20bn in fresh investment in its oil industry.

A spokesman for the company said it was "currently premature to say" it could invest in infrastructure in the country, but that it "will constantly seek to maximise shareholder value by looking at new opportunities in new markets, including in Libya."