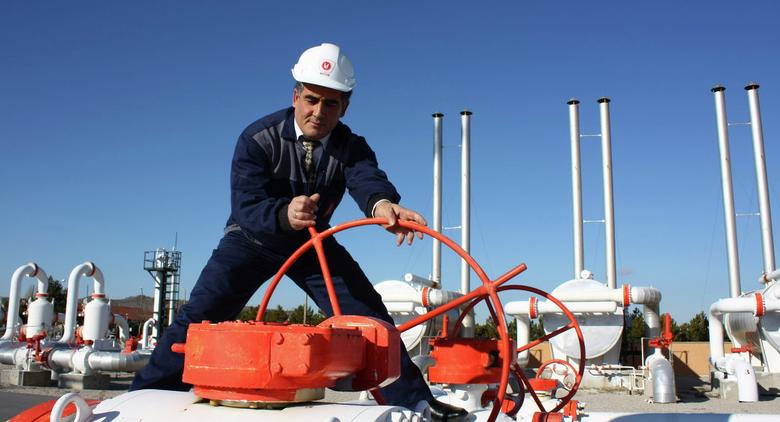 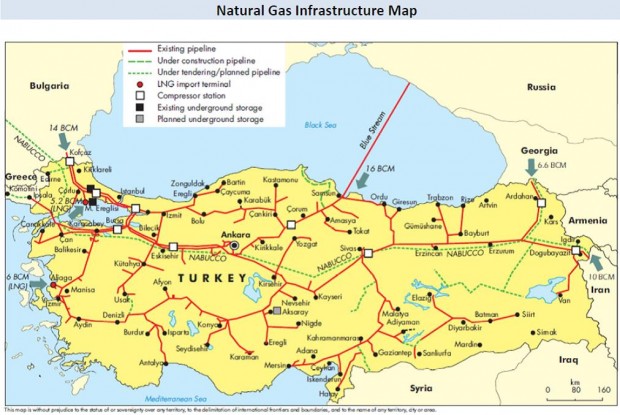 MD - Turkey demonstrates obvious and unique geostrategic significance for the Euro-Atlantic community and as an influential player at the center of Western attention. After the annexation of Crimea by Russia in 2014, the EU brought Turkey in as a major energy conduit for the international stage, increasing its significance and role in the energy sector.

Although Turkey has a lack of energy reserves itself, it is a good transit state and can bring benefit to both itself and the EU through the use of alternative pipelines in different regions. Like Russia, Turkey has both problematic and good relations with the European Union, but unlike Russia it wants to be the part of Euro-Atlantic Security Community.

Although Turkey has negligible proven oil and gas deposits, it strives to gain more access to diversified energy resources in order to meet its domestic economic demands. Therefore, Turkey has taken some geostrategic steps regarding how it can reduce energy vulnerability and ensure secure and diversified supplies. According to the 2010-2014 Strategic Plan by the Ministry of Energy and Natural Resources, Turkey has several major challenges regarding how it can preserve energy security. Turkey's dependency on foreign investors in the energy field accounts for 74%. Its energy demands are expected to increase up to 4 % annually until 2020. Therefore it must search for secure and reliable cooperation in order to cope with such problems, while being able to anticipate unexpected dilemmas like tanker accidents in the Turkish Straits, which are huge threats to human security and cause environmental degradation. Thus, Turkey's interests are multi-layered in terms of both domestic and foreign policy issues.

It is apparent that the diversification of supplies and source countries must be one of the main goals of Turkey. It must strive to get traditional energy resources at affordable prices while engineering a successful transition to alternative energy sources so as to reduce its already intolerable dependence on fossil fuels coming from foreign markets. In October 2016, the 23rd Anniversary ceremony of the World Energy Congress was hosted by Turkey. This brought the future significance of energy security in the immediate region to the attention of political and economic leaders all around the world. The main Congress goal, seeking options for delivering sustainable energy systems on national, regional, and global levels, was constantly emphasized.

With the continuously unsteady geopolitical situation in the Persian Gulf, the EU launched the Southern dimension of the ENP program, which mainly focused on strengthening relations not only with the Middle East but also with North African countries. The Barcelona process, as it was called, mainly related to these countries taking new actions and steps to establish closer relations. But the EU needs to realize there is no direct entrance to the Middle East or North Africa without the involvement of Turkey. Turkey should always see itself as the main buffer zone or bridge for the EU. The emergence of mass havoc in Syria, Lebanon, Sudan, Iraq, Libya, Yemen, and other MENA countries due to intrastate crisis puts Turkey in an even more relevant geostrategic position. From this interpretation it can be said that Turkey has a pivotal role in future European energy policy in that it has an open connection to not only greater Caspian hydrocarbon reserves but also energy resources in the Middle East. Furthermore, Turkey can assist Europe to diversify its gas supplies from the Middle East and North Africa. In essence, Turkey should be proactively striving to make itself seen as the primary and exclusive energy hub/bridge for all of Europe.

It is expected that in the coming decades almost 60-70% of European oil and natural gas needs will be provided by third countries which are not members of the EU. The main problem the EU faces currently is the security of its supplies and the lack of diversity in its suppliers, especially an overdependence on Russia. The EU needs new energy counterparts that will offer flexible long-term contracts to European countries. The greater Caspian region could enhance the supply of oil and natural gas to Europe if the EU was more assertive in aligning with Turkey. It has proposed four different gas pipeline projects via routes that would help the EU with its diversification problem and meet its increasing energy needs. By taking into account these possible pipeline projects gas transport to Europe via Turkey may account for 43 Bcm per year, at 6.5% of European gas imports, up to 2030. Of course, this will only occur with the full functioning of the Turkey-Greece-Italy interconnections with 12 Bcm annual capacity of gas supply and the Nabucco Pipeline project constituting 31 Bcm annual capacity. Thus, it is anticipated that the role of Turkey in European energy security will become more pivotal. In spite of some ups and down between the EU and Turkey, especially recently, the EU still has interests in strengthening the Turkish stance as a major energy transit country by joining different energy-related projects, namely Trans-European Energy Networks.

In conclusion, in spite of different political challenges within the international system, the EU understands its increasing energy demands and main concerns can potentially be addressed by better engaging Turkey as a major energy hub and as a reliable partner, all to the benefit of the Middle East and North Africa. The EU must soften its dependency on Russian gas, perhaps with involvement in different gas pipeline projects with other non-member states, especially Caspian-basin countries, with Turkey as its major broker. Despite the current unstable economic and political climate in Turkey, its increasing role as a regional player is undeniable not only for the West but also for greater Asian countries. Turkey is eager to be the dominant energy hub in the region, but the effort to reach that goal depends on more than just Turkey. If a new era of EU engagement cannot take place soon, then Turkey might not be the "good" transit state it so desperately wishes to be. In fact, without these positive relations it might be characterized as a "bad" transit state soon enough due to its own multiple political challenges and increasing insecurity in-country. If that remains constant then Turkey's pipelines are going to be nothing but pipe dreams.