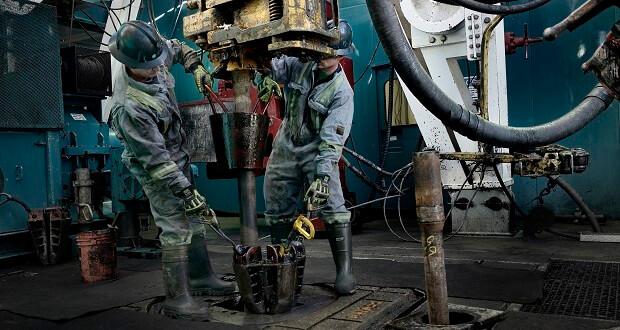 EN -  The Petroleum Services Association of Canada (PSAC), in its second update to the 2017 Canadian Drilling Activity Forecast, announced its revision of the forecasted number of wells drilled (rig released) across Canada for 2017 to 6,680 wells. This represents an increase of 2,505 wells and a 60 per cent increase from PSAC’s original 2017 Drilling Activity Forecast released in early November 2016 of 4,175 wells rig released. PSAC based its updated 2017 forecast on average natural gas prices of $3.00 CDN/mcf (AECO), crude oil prices of US$52.50/barrel (WTI) and the Canada-US exchange rate averaging $0.74.

PSAC President and CEO Mark Salkeld said, “Never underestimate the tenacity or efficiency of the Canadian oilfield services sector. The drilling seasons of 2015 and 2016 were difficult, to say the very least, and the sector is still making adjustments to manage costs and meet growing expectations of their customers, but with some degree of confidence in $50 oil and the dramatic lowering of costs by the service sector, we are seeing increased activity levels.”

Salkeld added, “The producers are recognizing that the cost reductions delivered by the service sector over the last three years are not sustainable, especially now that there are indications of an uptick in industry. The leading edge innovation, safety and efficiencies for drilling and completing oil and gas wells in Canada come from modern certified equipment and highly trained workers which are difficult to deliver with razor thin margins. Rate increases for oilfield services are being realized slowly which will help this sector get back to work delivering the best in class services our customers, the producers, need and rely on.”

“Two pressures on our sector remain in that Canada desperately needs pipelines actually built to move oil to tidewater, and secondly, Canada needs LNG train approvals. We are among the best in the world at getting oil and gas out of the ground for domestic use across Canada and so it also makes sense to provide our responsibly-developed Canadian oil and gas to parts of the world that want and need oil and natural gas. The days of relying on one customer purchasing our oil and gas at a discount must end.  The sooner we expand our customer base the better off Canada and all of its citizens will be,” says Salkeld.

“The oilfield services sector has proven once again that they are resilient in tough times, because they have to be in order to compete and survive. We have seen some member companies fail, but we have seen others grow, consolidate and expand. There are certainly fewer oilfield service companies today than there were just few short years ago but those that remain are the leaders that will continue to succeed in this sector going forward.”

The Petroleum Services Association of Canada is the national trade association representing the service, supply and manufacturing sectors within the upstream petroleum industry. As the voice of the sector, PSAC advocates for its members to enable the continued innovation, technological advancement and in-the-field experience they supply to Canada’s energy explorers and producers, helping to increase efficiency, improve safety and protect the environment. PSAC member companies represent a significant portion of the business volume generated in the oil and gas services industry.