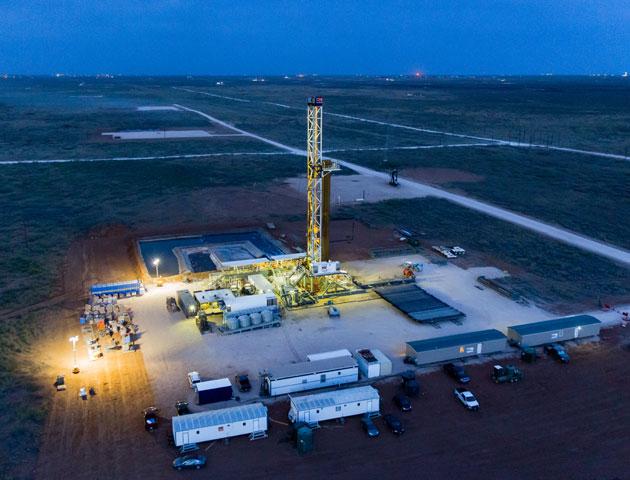 CHEVRON - Chevron Corporation (NYSE: CVX) today reported earnings of $2.7 billion ($1.41 per share – diluted) for first quarter 2017, compared with a loss of $725 million ($0.39 per share – diluted) in the 2016 first quarter. Included in the quarter was a gain of approximately $600 million from the sale of an upstream asset. Foreign currency effects decreased earnings in first quarter 2017 by $241 million, compared with a decrease of $319 million a year earlier.

Sales and other operating revenues in first quarter 2017 were $32 billion, compared to $23 billion in the year-ago period.

“First quarter earnings and cash flow improved significantly from a year ago,” said Chairman and CEO John Watson. “We benefitted from increasing crude oil prices and ongoing efficiencies being implemented across the company.”

“We continue to make good progress on reducing our spend,” Watson added. “Our operating expenses were reduced by about 14 percent from first quarter 2016 and our capital spending declined over 30 percent from a year ago. We started up several new projects and have all three trains at Gorgon online. We also progressed our asset sales program. The combination of these actions contributed to a cash positive first quarter.”

“Overall net oil-equivalent production in the first quarter increased 3 percent compared to the 2016 full year and we are on track to meet the 4-9 percent growth goal for 2017 before the effect of asset sales,” Watson added. 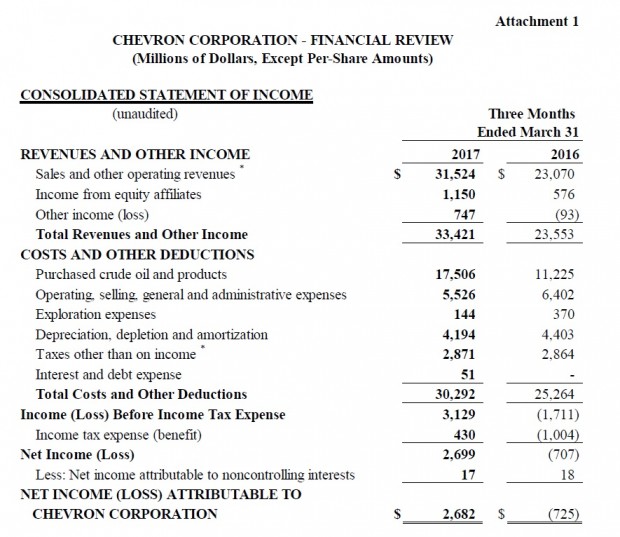