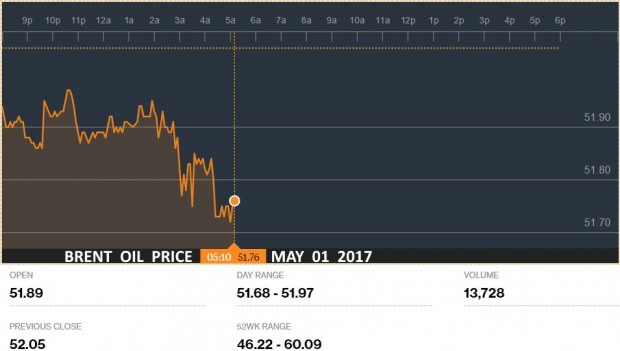 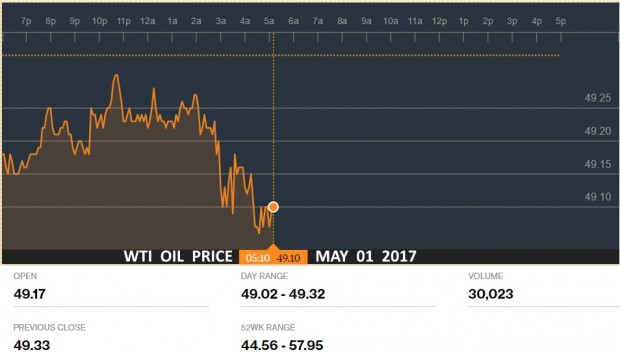 REUTERS, BLOOMBERG -  Oil prices edged down on Monday as a disappointing Chinese economic survey clouded the outlook for demand, although talk that OPEC-led crude output cuts could be extended continued to offer support.

London Brent crude for new front-month delivery in July LCOc1 was down 15 cents at $51.90.

A faster-than-expected slowdown of growth in China's manufacturing sector in April weighed on prices. An official survey showed on Sunday that producer price inflation cooled and policymakers' efforts to curtail financial risks in the economy weighed on demand.

"The moderation in the China PMI could see commodity prices come under some modest pressure," ANZ said in a note.

The price declines mark the third consecutive week that oil has started with a drop, with high inventories also dragging on markets that have been grappling with a global supply glut for the last few years.

Iran's oil minister said on Saturday that OPEC and non-OPEC countries had given positive signals for an extension of output cuts, which Tehran would also back.

The Organization of the Petroleum Exporting Countries (OPEC)meets this month to discuss oil supply policy.

If OPEC agrees to extend the cuts, then bloated global inventories could drain by the end of the year, a Reuters poll of economists and analysts showed.

U.S. President Donald Trump on Sunday stepped up contacts with allies in Asia to secure their cooperation to pressure North Korea over its nuclear and missile programs.

Trump's calls to the two Asian leaders came after North Korea test-launched another missile that Washington and Seoul said was unsuccessful but which drew widespread international condemnation. 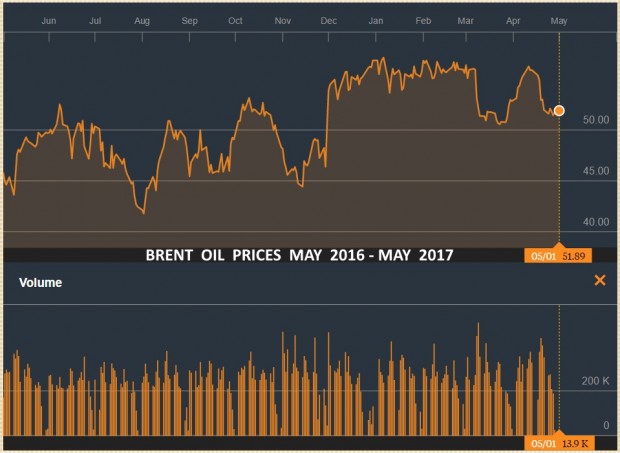 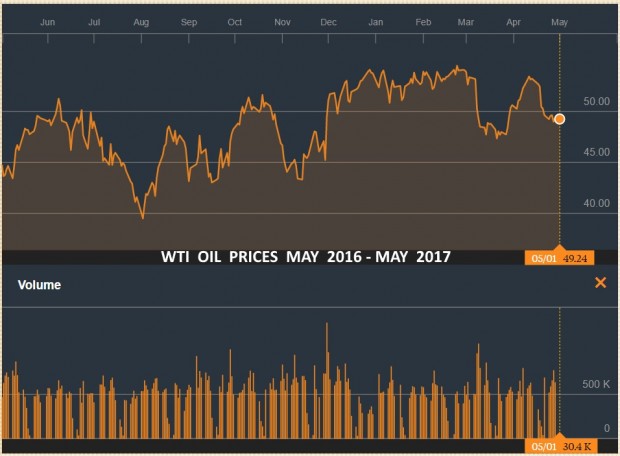 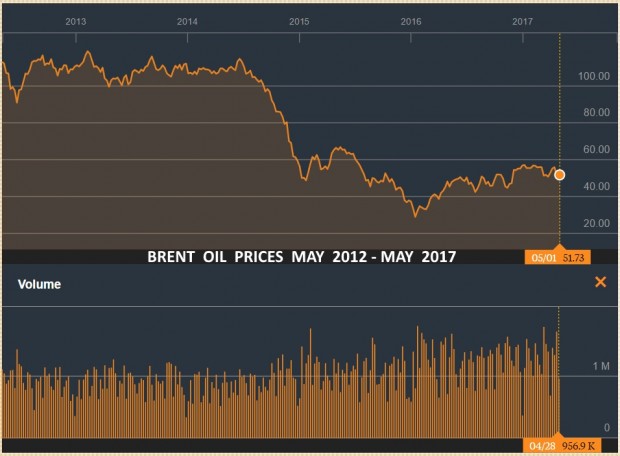 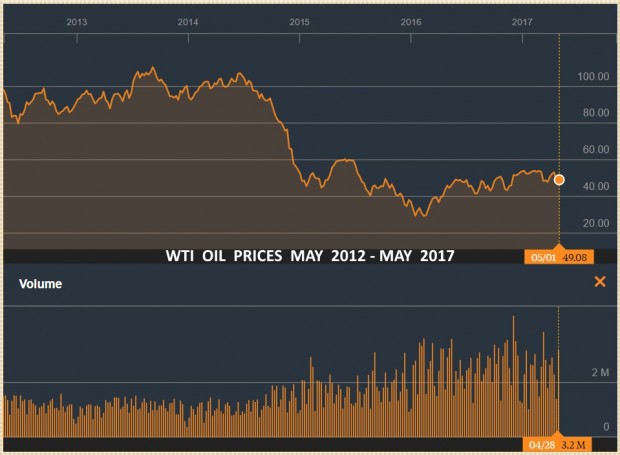