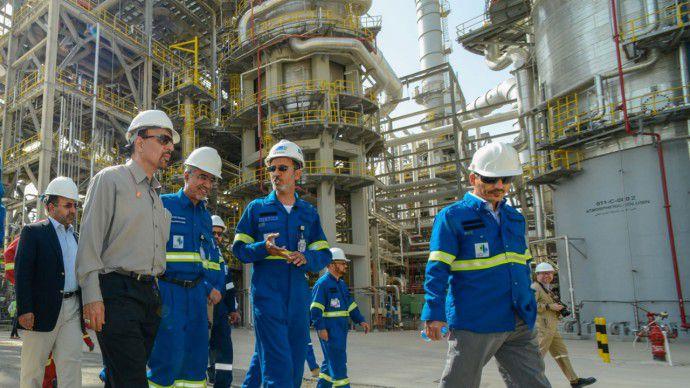 BLOOMBERG - Saudi Arabia, the world's largest crude exporter, cut pricing for June oil exports to Asia as it fights to defend sales in its biggest regional market. The kingdom raised pricing to all other regions.

State-owned Saudi Arabian Oil Co., known as Saudi Aramco, lowered its official pricing for Arab Light crude to Asia by 40 cents to an 85 cent discount to the regional benchmark, it said in an emailed statement, in line with the median estimate in a Bloomberg survey of five refiners and traders in the region.

Saudi Arabia has ceded market share to OPEC rivals Iran and Iraq by making deeper cuts in output than it promised under the group's agreement to curb production. Analysts including Christof Ruehl of Abu Dhabi Investment Authority and Edward Bell at Dubai lender Emirates NBD PJSC say Iran has gained ground since the easing of sanctions on its oil industry last year, and the OPEC deal permits it to pump more. Even as Aramco trims output, it's been lowering pricing to Asia to defend sales, Bell said.

By contrast, Aramco raised the pricing on all grades of oil for U.S. sales for the second consecutive month. It also raised pricing for Europe and the Mediterranean, reversing cuts made there last month.

The Organization of Petroleum Exporting Countries and 11 other suppliers agreed to pare production by 1.8 million barrels a day during the first half of this year. They're seeking to end a crude glut that slashed prices to less than half of their 2014 high, when Brent crude sold at $115 a barrel. Oil jumped 52 percent last year for the first annual gain after three consecutive declines.

There's a consensus that the cuts will be extended into the second half, Saudi Energy Minister Khalid Al-Falih said last week. OPEC plans to decide at the end of May whether to extend its production limits.

Middle Eastern producers compete with cargoes from Latin America, North Africa and Russia for buyers in Asia, its largest market. Producers in the Persian Gulf region sell mostly under long-term contracts to refiners. Most of the Gulf's state oil companies price their crude at a premium or discount to a benchmark. For Asia the benchmark is the average of Oman and Dubai oil grades.