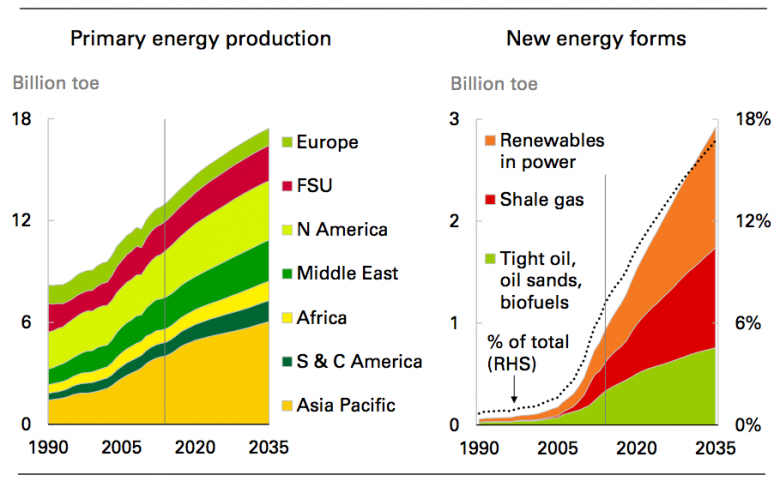 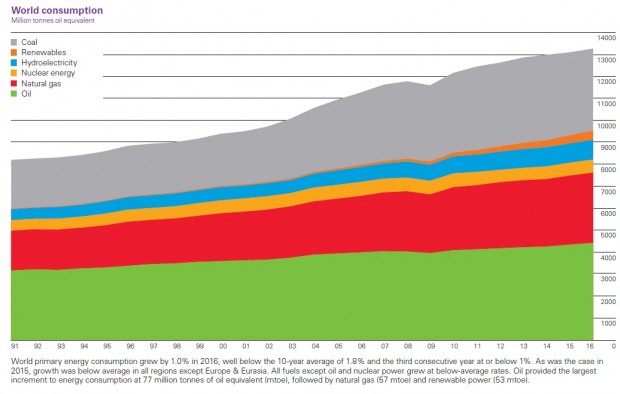 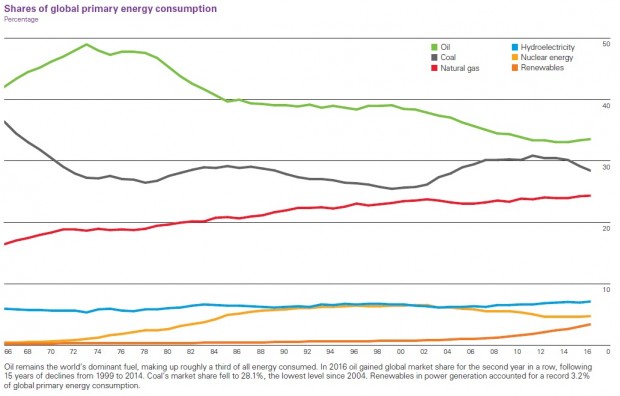 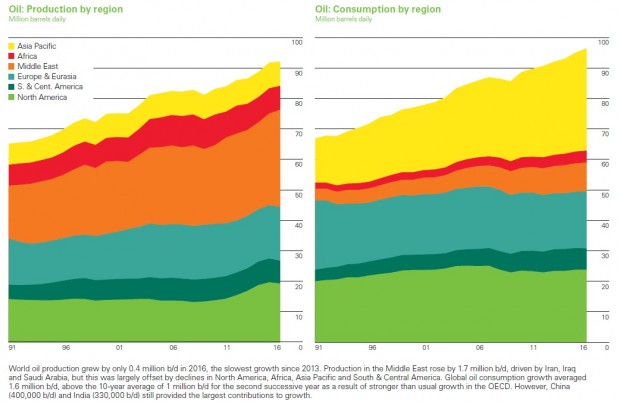 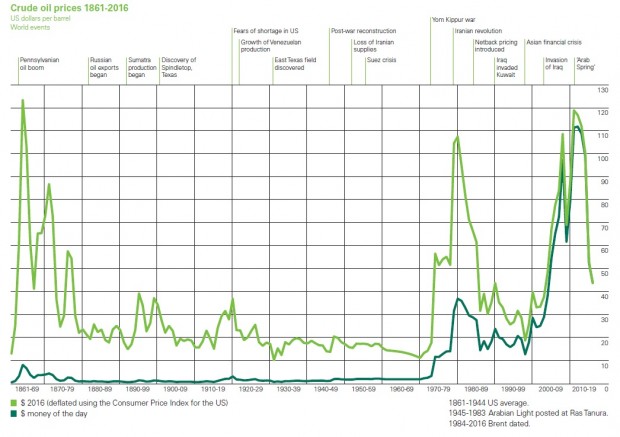 Data published in the Review clearly demonstrate the long-term transitions now underway in the markets, with a shift to slower growth in global energy demand, demand moving strongly towards the fast-growing developing economies of Asia, and a marked shift towards lower carbon fuels as renewable energy continues to grow strongly and coal use falls.

At the same time, energy markets are adjusting effectively to nearer-term challenges, with the oil market in particular adjusting in 2016 to the oversupply that has dominated the market in recent years.

Introducing the Review, Bob Dudley, BP group chief executive, said: "Global energy markets are in transition. The longer-term trends we can see in this data are changing the patterns of demand and the mix of supply as the world works to meet the challenge of supplying the energy it needs while also reducing carbon emissions. At the same time markets are responding to shorter-run run factors, most notably the oversupply that has weighed on oil prices for the past three years.

"To understand these forces at work and their implications for the future, we need timely, reliable data. This is why we produce the Statistical Review - to provide the accurate global information that will contribute to discussion, debate and informed decision-making around the world."

In 2016, global energy demand was weak for the third consecutive year, growing by just 1%, around half the average growth rate of the past decade. Once again, almost all this growth came from fast-growing developing economies, with China and India together accounting for half of all growth.

The year's low prices drove demand for oil higher by 1.6% while growth in production was limited to only 0.5%. As a result, the oil market returned broadly back into balance by mid-year, but prices continued to be depressed by the large overhang of built-up inventories. Natural gas production was also adversely affected by low prices, growing by only 0.3%. US gas output fell in 2016, the first reduction since the advent of the shale revolution in the mid-2000s.

Renewables were again the fastest-growing of all energy sources, rising by 12%. Although providing still only 4% of total primary energy, the growth in renewables represented almost a third of the total growth in energy demand in 2016. In contrast, use of coal - the most carbon-intensive of the fossil fuels - fell steeply for a second year, down by 1.7%, due primarily to falling demand from both the US and China.

The combination of weak energy demand growth and the shifting fuel mix meant that global carbon emissions are estimated to have grown by only 0.1% - making 2016 the third consecutive year of flat or falling emissions. This marks the lowest three-year average for emissions growth since 1981-83.

Bob Dudley commented: "While welcome, it is not yet clear how much of this break from the past is structural and will persist. We need to keep up our focus and efforts on reducing carbon emissions. BP supports the aims set out in the COP21 Paris meetings and is committed to playing our part to help achieve them."