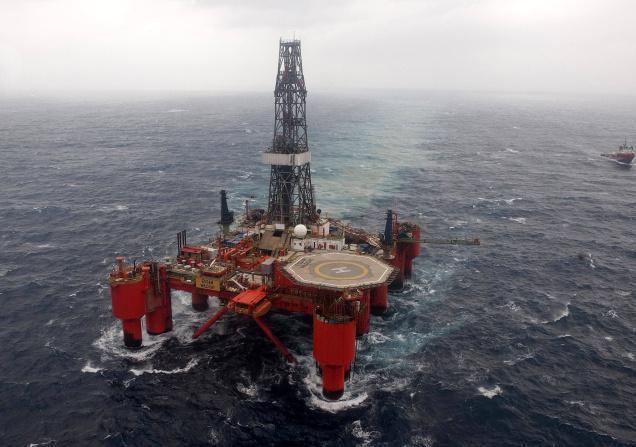 PLATTS - Saudi energy minister Khalid al-Falih played down the threat of rising US shale production in Moscow on Wednesday, especially in light of the deepening strategic relationship between Saudi Arabia and Russia and the extension of the OPEC and non-OPEC crude production cut deal agreed in Vienna last week.

Falih, who was meeting with Russian energy minister Alexander Novak and OPEC Secretary General Mohammed Barkindo, outlined four drivers at play in the market: robust oil demand growth, the natural decline in legacy oil fields, investment cuts of $3 trillion over the last few years with a continued lack of sizable investments in long term projects, and the OPEC-led agreement to balance the market.

"When these factors are taken together I can only conclude that the supplies coming from marginal barrels including shale production will not be sufficient to meet the future need for incremental capacity the mid-term," Falih said. "The market balance is already pointing in that direction," he added.

Falih said the nine-month rollover of the current deal would lead to "further and more accelerated inventory drawdowns," adding that "following two consecutive years of decreased global exploration and production investments since 2014, there has been a decline of investments of roughly 40%...but investments will stabilize this year at over $530 billion."

He was keen to point out that this stabilization should be attributed to the expectation of a balanced market in the very near future.

"All in all I am confident that the high level of cooperation we have seen among producers over the last six months will remain strong and that by acting with solidarity and in pursuit of our common objective we can steadily overcome the inventory challenge," Falih said, with compliance in the first half of the year defying analysts' expectations.

Falih said greater collaboration was here to stay and that he foresaw many opportunities to continue and enhance joint efforts between non-OPEC and OPEC in the months and years to come.

"We want to institutionalize the goal of maintaining and strengthening cooperation between OPEC and non OPEC producers," while also "extending excellent relations with international energy institutions like the IEA, OECD and others to promote better understanding and global economic prosperity," he said.

NO ONE ENVIES THE SAUDIS