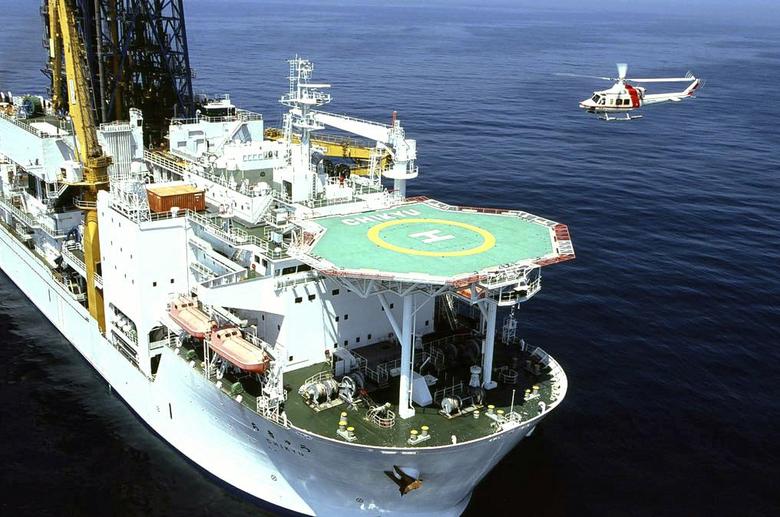 BOE - Reports of deep-sea drilling's demise in a world of sub-$100 oil may have been greatly exaggerated, much to OPEC's dismay.
Pumping crude from seabeds thousands of feet below water is turning cheaper as producers streamline operations and prioritize drilling in core wells, according to Wood Mackenzie Ltd. That means oil at $50 a barrel could sustain some of these projects by next year, down from an average break-even price of about $62 in the first quarter and $75 in 2014, the energy consultancy estimates.

The tumbling costs present another challenge for the Organization of Petroleum Exporting Countries, which is currently curbing output to shrink a glut. In 2014, when the U.S. shale boom sparked oil's crash from above $100 a barrel, the group embarked on a different strategy of pumping at will to defend market share and throttle high-cost projects. Ali Al-Naimi, the former energy minister of OPEC member Saudi Arabia, said in February 2016 that such producers need to either "lower costs, borrow cash or liquidate."

"There is life in deep-water yet," said Angus Rodger, director of upstream Asia-Pacific research at Wood Mackenzie in Singapore. "When oil prices fell, many projects were deferred, but the ones that were deferred first were deep-water because the overall break-evens were highest. Now in 2017, we're seeing signs that the best ones are coming back."

The falling costs make it more likely that investors will sanction pumping crude from such large projects that are more complex and risky than drilling traditional fields on land. That may compete with OPEC's oil to meet future supply gaps that the group sees forming as demand increases and output from existing wells naturally declines.

Saudi Arabia's Al-Naimi left his post shortly after his speech targeting high-cost producers, and his successor Khalid Al-Falih organized production cuts by OPEC and some other nations that are set to run through March 2018. In a speech in Malaysia this month, Al-Falih bemoaned the lack of investment in higher-cost projects and said he fears the lack of them could cause demand to spike above supply in the future.

Warnings from OPEC of a looming shortage are "overstated and misleading," Citigroup Inc. said in a report earlier this month. The revolution in unconventional supplies like shale is "unstoppable" unless prices fall below $40 a barrel, and deep-water output could grow by more than 1 million barrels a day by 2022, according to the bank.

Royal Dutch Shell Plc in February sanctioned its Kaikias deep-water project in the U.S. Gulf of Mexico, saying it would break even with prices below $40 a barrel. That followed BP Plc's decision in December to move forward with its Mad Dog Phase 2 project in the Gulf, with costs estimated at $9 billion compared to $20 billion as originally planned.

Over the next three years, eight offshore projects may be approved with break-even prices below $50, according to a Transocean Ltd. presentation at the Scotia Howard Weil Energy Conference in New Orleans in March. Eni SpA could reach a final investment decision on a $10 billion Nigeria deep-water project by October.

As rising U.S. output and OPEC's unbridled production exacerbated the biggest price crash in a generation, Rodger estimates energy companies shelved projects that would have produced more than 20 billion barrels of oil equivalent since 2014 until the start of 2016. About two-thirds of that were deep-water, he said.

Meanwhile in America's shale country, companies quickly reduced costs and improved productivity, driving break-even costs in the best parts of fields from Texas to North Dakota into the $30s. The cost reductions have helped the number of drilling rigs in the U.S. more than double since last year.

That increased activity is causing costs to rise again, though, said Jonathan Garrett, an upstream analyst at Wood Mackenzie. Prices for pressure-pumping equipment and sand, both of which are necessary for the hydraulic fracturing that makes shale production possible, have increased by more than 20 percent this year.

While costs for shale production, known as tight oil, are edging higher now, expenses associated with deep-water drilling is finally coming down, Rodger said. Rental rates for drilling rigs have been cut in half since 2014, and companies are redesigning projects to be more cost efficient instead of to maximize output.

Deep-water exploration will see "renewed momentum" over the rest of 2017 as large integrated oil companies look to capitalize on lower service costs and strengthening fiscal positions, Fitch Group's BMI Research said in a May 3 note. In the U.S. Gulf of Mexico, a more cost-efficient design for deep-water projects has reduced the break-even cost at many wells to below $40 a barrel, it said.