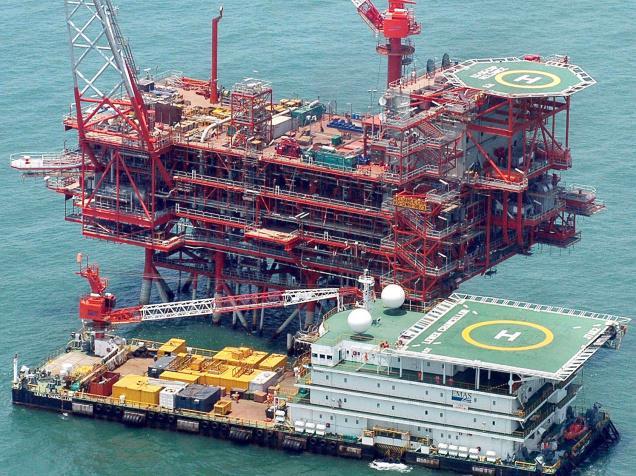 AOG - The Indian consortium led by the state-owned Oil and Natural Gas Corporation (ONGC) is willing to spend as much as $11bn to develop the giant Iranian natural gas field it discovered in 2008.

ONGC Videsh Ltd (OVL), the foreign E&P arm of ONGC, has offered to the build the infrastructure to export the gas, as long as Iran guarantees the consortium a "reasonable return" on the project.

OVL has offered to invest as much as $6bn on the Farzad-B field and spend the remaining amount to build a liquefied natural gas (LNG) export facility, according to Narendra Kumar Verma, OVL's managing director.

The consortium is seeking a return of about 18% and Indian companies are willing to buy all the gas exported from the project, Verma said.

"We have given our best offer to them. Now, it is up to them to agree or not agree," Verma told India's NDTV news network. "We have told the Iranian authorities very clearly that some basic returns are necessary."

As India, the world's fourth-largest LNG buyer, seeks to secure gas resources to meet growing demand and spur the use of cleaner-burning fuels, Iran is emerging from sanctions that stifled investment in its energy sector.

The two countries had aimed to conclude a deal by February on developing the field, which India has said holds reserves of almost 19tn cubic feet. The consortium, which includes Indian Oil Corp. and Oil India Ltd., has been trying to secure development rights to the Farzad-B gas field since at least 2009.

The delay over a final outcome has started hurting oil trade between the two countries. India, which bought Iranian crude even during the years of US-led sanctions against Tehran, has recently reduced purchases, leading to the withdrawal by Iran of some benefits on sales in retaliation, Bloomberg reported in April.

"We are ready to invest," Verma said. "Ultimately, that's positive for them."

India is promoting the cleaner-burning fuel to curb the use of more polluting alternatives such as coal and petroleum coke, an oil-refining by-product, to meet its pledge of slashing emissions by a third by 2030.

ONGC Videsh and Indian Oil each own 40% interest in the Farsi block that holds Farzad-B field, while Oil India has 20%.