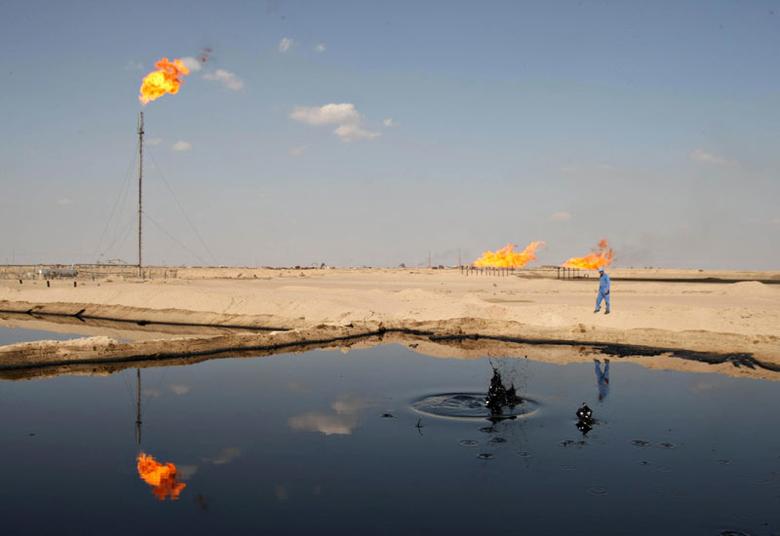 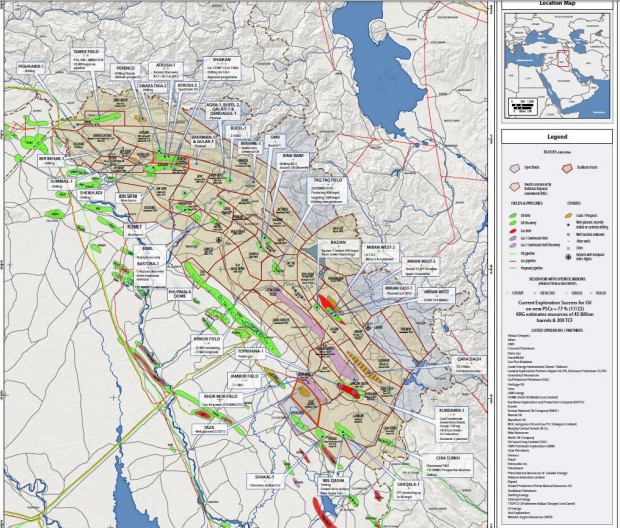 FT -  Russia's state-controlled oil company is in discussions with Iraqi Kurdistan over helping it develop oilfields in disputed territory at the heart of tensions with Baghdad, in a move that pitches Moscow into one of Iraq's oldest faultlines.

Rosneft, in which the Kremlin holds a controlling stake, is examining several exploration blocks and existing fields in disputed territory under Kurdish control, according to three people familiar with the talks. They include sites near the oil city of Kirkuk and close to the Syrian border, areas formerly under Baghdad's rule.

The move is the latest suggestion that Moscow is using Rosneft to bolster a more aggressive foreign policy stance in the Middle East, as the Kremlin moves to cement new political alliances with deeper economic ties.

In the past year Rosneft chief executive Igor Sechin — a close ally of Vladimir Putin, the Russian president — has signed deals to buy oil from Libya and the Kurdistan Regional Government, and sold a sizeable stake in the company to Qatar.

The talks between Rosneft and the KRG over exploration and production were at an early stage and no concrete deal had yet been reached, the people familiar with the discussions said.

But they followed a provisional agreement between the oil company and regional government; the KRG in June said that Rosneft would work on five sites under Kurdish control, without publicly identifying them.

Control of the oil-rich areas around Kirkuk have been a volatile flashpoint between Iraqi Arabs and Kurds since the US occupation began in 2003 with both Baghdad and the KRG laying claim to the fields.

Federal troops fled the region in 2014 after Islamist fighters loyal to Isis took nearby Mosul; the KRG has controlled the region for the past three years after Kurdish peshmerga forces moved in.

Rosneft declined to comment on the exact location of the fields under discussion, but did not deny it was considering working in territories whose ownership was disputed.

The company said it wanted to work with both the KRG and Iraq's federal government, adding it hoped Baghdad would offer it better terms to explore and extract oil on its own territory.

"The Kurdistan Regional Government offer proved to be more adequate and competitive," Rosneft said. "If the Iraqi government offers us projects on conditions that will be commercially acceptable for the company and adequate to the market, we will be interested to consider them."

A spokesman for the Iraqi oil ministry accused the KRG of "twisting" oil agreements without consulting Baghdad. "The issue of the disputed territories has not yet been decided by the federal government," Asim Jihad, oil ministry spokesman, said.

The KRG has stepped up oil exports since expanding its reach in northern Iraq, reaching an uneasy detente with Baghdad as both sides fight Isis. Political analysts expect tensions to flare up again once the Islamist militants are defeated. Iraqi forces are close to reclaiming Mosul from the last remaining Isis forces there.

Iraqi Kurdistan plans to hold an independence referendum in September including territory in disputed areas such as Kirkuk — a city many Kurds consider to be their cultural capital. Earlier this year, the Kurdish flag was hoisted above state buildings in the city.

"Bringing Russia on board will be seen as an attempt to cement Kurdish control over this territory but may risk reigniting tensions with Baghdad," said Alan Mohtadi of T & S Consulting, which advises oil companies operating in the region.

Oil from Kurdistan is exported via a pipeline through Turkey — a situation that has left the region more vulnerable to any pressure from Ankara, which fiercely opposes the creation of an independent Kurdish state.

Kurdish officials hope that Russian involvement in the region's oil sector could make it less likely that Turkey would threaten to choke off the KRG's key economic lifeline.

Nechirvan Barzani, Kurdish prime minister, denied earlier this month that disputed areas existed when asked where Rosneft might operate, although he declined to identify any fields.

"It has been a long time that these areas have been liberated," he told a press conference on June 6. "They are the Kurdistan Region and have been liberated by the blood of the martyrs and the peshmerga . . . I believe that Baghdad also understands this."

Two of the people familiar with the talks said Rosneft was looking at working on the Bai Hassan field, a sister formation to the supergiant Kirkuk oilfield — the largest in the world when it was discovered in the 1920s.

Kirkuk itself has been jointly operated by Baghdad's North Oil Company and a KRG affiliated company in recent years. Until 2014 Baghdad also operated Bai Hassan.

Rosneft had also discussed a block in Sinjar close to the Syrian border, the people said, where the Yazidi minority faced a genocidal onslaught by Isis three years ago. Another field under discussion, Ain Zalah, lies to the west of Mosul Dam and was operated by Baghdad before its capture by Isis in 2014.

The presence of a Russian state-backed company on the eastern Syrian border may raise tensions with Kurdish militias who have been fighting Isis with US support. The Kurdish YPG militia in Syria has at times clashed with the forces of Bashar al-Assad, the Syrian president, whom Moscow supports.