• In Downstream, first-half fuels marketing earnings around 20% higher than in the first half of 2016. 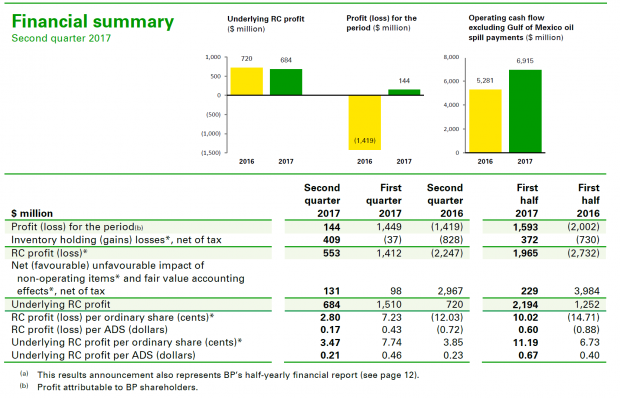 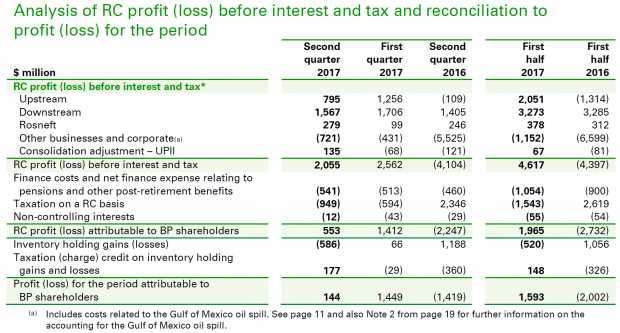 “We continue to position BP for the new oil price environment, with a continued tight focus on costs, efficiency and discipline in capital spending. We delivered strong operational performance in the first half of 2017 and have considerable strategic momentum coming into the rest of the year and 2018, with rising production from our new Upstream projects and marketing growth in the Downstream.”

“Cash flow was strong in the first half – organic cash flow* exceeded organic capital expenditure* and dividends paid. While net debt* rose primarily due to Gulf of Mexico payments, we expect this will improve over the second half as these payments decline and divestment proceeds come in towards the end of the year.”