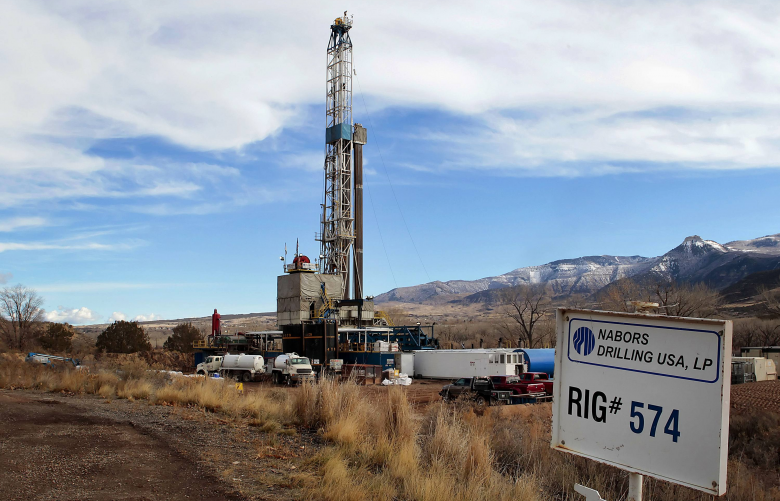 NABORS - Nabors Industries Ltd. ("Nabors" or the "Company") (NYSE: NBR) reported second quarter 2017 operating revenues of $631 million, compared to operating revenues of $563 million in the prior quarter. Net income from continuing operations attributable to Nabors for the quarter was a loss of $117 million, or $0.41 per diluted share, compared to a loss of $149 million, or $0.52 per diluted share, in the first quarter of 2017. The second quarter results include $7.3 million in net after-tax charges, or $0.03 per diluted share, primarily due to premiums paid on a debt redemption.

Anthony Petrello, Nabors Chairman and CEO, commented, "I am pleased with the sequential improvement in our second quarter results. This reflected meaningful increases across all of our operations except Canada, which performed better than expected during the seasonally low quarter. The results also reflected normalized operations in our largest international market and higher pricing as well as lower reactivation costs for our Lower 48 fleet. The results were aligned with our expectations and reflect positively on the steps we have taken through the downturn to control costs and enhance capabilities.

"Sequentially, we saw our Lower 48 daily average rig margins increase by 19% while our average rigs working increased by 15% to 95 rigs during the quarter. Today the 102 rigs we have working represent nearly a threefold increase compared to the low point of 35 rigs in May of 2016. We continue to realize full utilization on our highest capability rigs illustrating our customers' preference for these rigs and their features.

"Internationally our average rigs working increased sequentially for the first time in two years to 93 during the quarter compared with 90 during the first quarter of 2017. The recent oil price volatility has reduced contracting urgency for some customers. Nonetheless we see additional activity improvements in both North America and certain international markets.

"Another positive note in this quarter is the substantial improvement in results for our Nabors Drilling Solutions ("NDS") division as more customers adopt our technologies and service offering. We achieved several important milestones this quarter, and we believe that NDS results will continue to increase in coming quarters as our market penetration and margins improve."

Adjusted operating income for the Company was a loss of $69 million for the quarter, as compared to a loss of $104 million in the prior quarter. Adjusted EBITDA for the quarter increased substantially to $139 million, compared to $100 million in the first quarter. During the second quarter, the Company averaged 206 rigs working at an average gross margin of $10,809 per rig day, compared to 201 average rigs working at $9,333 per rig day during the first quarter.

The U.S. Drilling segment posted adjusted EBITDA of $38 million for the quarter with an average of 101 rigs working compared to 89 rigs during the first quarter. The Lower 48 operation increased by 12 average rigs working during the second quarter, including the deployment of two new build SmartRig™ units. As expected, rig reactivations resulted in additional costs during the second quarter. With fewer rigs reactivated however, the impact was lower than the prior quarter. The Company expects these costs to abate throughout the balance of the year, resulting in margin improvement.

Increased margins are also expected as around 80% of the Lower 48 rig contracts are expiring during the remainder of this year. Many of these rigs are expected to renew at higher day rates. Results should also benefit from the expected deployment, before year end, of five new build SmartRig™ units that are currently under construction. Additionally, there are still existing rigs being converted to SmartRig™ units before year end, all of which should command higher rates. Although the Company plans to continue the upgrade program over the following quarters, a handful of upgradable rigs in the northern regions are not committed at this point. Depending on customer demand, the $4 million per rig capital expenditures for some of these rigs could be deferred into 2018.

International adjusted EBITDA increased by $26 million to $135 million, compared to $109 million in the prior quarter. The improvement was driven by increases in rig activity and margins. A significant portion of this improvement was due to the absence of higher-than-usual costs and lost revenue in our largest market that impacted first quarter results. The Company expects the rig count to continue to increase in the fourth quarter.

Adjusted EBITDA for Rig Services, which consists of the Company's manufacturing, drilling technology, and other related services, increased substantially to $5.5 million compared with a loss of $2.1 million in the first quarter of 2017. This increase was driven by a large improvement in NDS operating margins, which delivered $7.6 million in adjusted EBITDA for the quarter, and a smaller but still large improvement in Canrig, the Company's manufacturing unit. The increasing penetration of NDS services at higher margins than in previous quarters is expected to continue improving quarterly results. Canrig is anticipated to be adjusted EBITDA positive during the second half of the year.

William Restrepo, Nabors Chief Financial Officer, stated, "Our results during the second quarter returned to more normal levels, while also benefiting from strong operational performance across our international markets, pricing improvements in the U.S. for all product lines, as well as continued volume improvements in Canrig and NDS. As anticipated, Lower 48 dayrates and margins inflected, while active international drilling rigs continued to increase from their low point at the end of last year. In a strong growth environment we managed to keep our net debt in check and are targeting to maintain the current levels for the end of the year. We expect capital expenditures to finish 2017 within our previously communicated $550 million to $600 million range. Finally, we continue to work towards our long-term target of $2.25 billion in net debt by 2020."

Mr. Petrello concluded, "I am pleased that our results came in ahead of our expectations. This quarter gave us a solid indication that we are on the right path towards our ultimate goal to be the performance driller of choice. We are building the most capable fit-for-purpose rig fleet in the industry, while integrating these rigs with the latest automated drilling technologies in our NDS portfolio. Additionally, we are in the process of deploying our revolutionary first quad drilling design rigs in the U.S. and we expect the iRackerTM automated tubular handling system to be deployed on multiple field trials during the second half of 2017.

"The positive momentum in the U.S. combined with our strong performance allowed us to deploy several rigs during the quarter. In the U.S. Drilling segment we reversed the negative trend in margins. Additionally we expect sequential margin increases going forward as a result of improved pricing and cost reductions, coupled with the deployment of incremental new builds and SmartRig™ upgrades. Internationally, our margins recovered from the material cost and lost revenue impact during the first quarter in one of our major markets. Finally I am excited with the opportunities presented by our joint venture with Saudi Aramco, officially named Sanad. We expect to commence operations within the next few months."