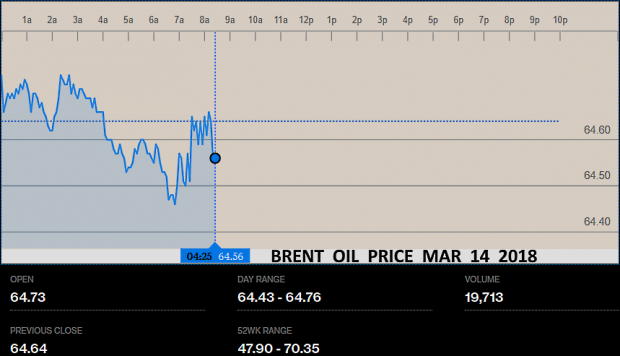 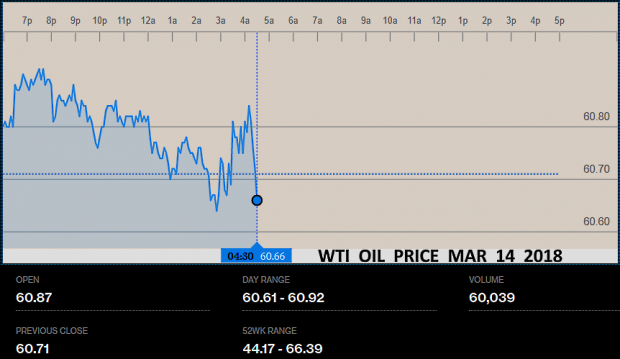 REUTERS - Oil prices were stable on Wednesday after posting two days of declines at the start of the week, with support largely coming from strong China data that implies higher future imports, while the relentless rise in U.S. crude output capped gains.

Brent crude futures LCOc1 were at $64.62 per barrel, down just 2 cents from their last close.

Wednesday's tepid support came from China, which reported January-February domestic oil production down by 1.9 percent on the year to 30.37 million tonnes, equivalent to 3.77 million bpd. At the same time, crude throughput rose 7.3 percent to 93.4 million tonnes, implying a need for more imports.

Despite this, Brent and WTI have shed around 1.5 and 2.4 percent respectively since the start of the week, with prices hit by concern over a relentless rise in U.S. crude oil production that has also been contributing to increasing inventories.

U.S. production is expected to rise above 11 million bpd by late 2018, taking the top spot from Russia, according to the International Energy Agency (IEA).